Well, of course, this doesn’t tell the whole story.

Sunday was the wake for our friend Ray (yeah, my mom, who’s never met him, said she got teary-eyed watching the linked video).  At his wife’s request, my husband organized the Boy Scouts performing a flag ceremony with a special addition:  besides the usual recitation of the Scout Law (“A Scout is kind, courteous, brave, cheerful, thrifty, reverent, etc.”), they added, recited by all current and former Scouts, in a repeat-after-me fashion, “Ray was kind” – “Ray was courteous” etc..  Then there was a brief prayer service, presided over by the priest who was at the Neuman Center when he was at college, with readings and a bit of a reflection, then an extended time of singing “Gather songs”, since Ray and his college friends were all a part of the Neuman Center choir, and music was an important part of his life — interspersed with family and friends sharing memories of Ray.

Monday was the funeral.  The Boy Scouts came, in uniform, and served as ushers.  Many of Ray’s children’s classmates (since we’re talking about a parochial school) were there as well.  And, rather than a cantor, there was a full choir composed of university friends and others.  And there were 6 priests concelebrating — the priest from the wake, another friend who was a student along with Ray and entered the priesthood afterwards, the two priests and retired priest from church, and a priest from the neighboring parish where Ray attended before moving.  This was followed, of course, by the burial at the cemetery, and then a meal at the Knights of Columbus hall.

Tuesday was wake #2, for the husband of one of the other Scoutmasters (yes, a mother — this is a Catholic parish, we don’t do the “two dads” thing here).  Yes, last Saturday at church, I was expecting the prayers to include a mention of Ray, but my jaw (figuratively) dropped when I heard his name.  Not quite as young as Ray — 49 rather than 43, but still too young, and his youngest child is in my 7th grader’s class.  I’d never met him, and my husband, who had, was out of town, having left that morning, so I packed up the kids for a quick trip to the funeral home to offer our condolences to Donna.

Wednesday was funeral #2; this time I was the only one from the family there.  Many of my son’s classmates were there, but I didn’t push my son, who had had enough of wakes and funerals.  (Besides which, another classmate’s father died last year — again, a young father with four children, 6th grade and younger — and that was also the year when his 2nd grade teacher died.)  Not having met Tom, I felt a bit more detached, observing details like the fact that the priest had the gospel (“I am the resurrection”) pretty much memorized, and that he made sure to add commentary for visitors/non-churchgoers, such as “now we’ll listen to a reading from the New Testament”, and I was also surprised at the fact that the homily was not, as I had understood to be the case, generic preaching about death and resurrection, but a lot more eulogy-like.  Tom had also been in the army, so after the service ended, at the entrance to the church, soldiers (or vets?) in dress uniform ceremoniously gave Donna the flag that had been on the casket and played taps.

And Thursday was the school band concert, the reminder that life goes on.  This year, they rearranged the music program, so the third graders are learning recorder from the band (now also part-time general music) teacher, which meant that both my 3rd and 7th grader played in the concert.  Of course, even then, Laura (last year’s new widow) and Betsy (Ray’s wife) were there; and Donna’s daughter was probably in the band, too.  Afterwards, I gave my mom an overdue check-in phone call, and got the good news that Dad is going to be discharged from the rehab place the day before Thanksgiving — not that that solves anything, as there’s still no semblance of a plan in place for the future.

Now it’s Friday.  There’s a snowstorm outside, and the kids are squabbling about what to watch on TV, and I’m this close to sending them all up to bed early. The kitchen is a mess, and there’s a big pile of laundry, and I never did bake anything for the bake sale tomorrow, and, besides that, there’s a couple hours of work that I didn’t finish up yet. 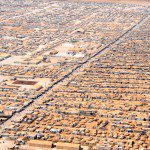 November 21, 2015 From the library: The Almost Nearly Perfect People, by Michael Booth
Recent Comments
0 | Leave a Comment
"I attended a meeting last night for Girl Scout leaders in my area. There were ..."
Ruth Curcuru RIP, volunteerism
"I was a treasurer for a not-for-profit and got “dethroned” in a similar way. However, ..."
Jim Dailey RIP, volunteerism
"I have found that unless people were consistently voluntold to help out when they're young, ..."
Ame RIP, volunteerism
"Just wanted you to know that I have loved reading your articles!"
littlecanary New Job! A few personal updates
Browse Our Archives
Related posts from Jane the Actuary