The Pope and Zika: a bit of perspective re-adjustment

The Pope and Zika: a bit of perspective re-adjustment February 25, 2016 Jane the Actuary 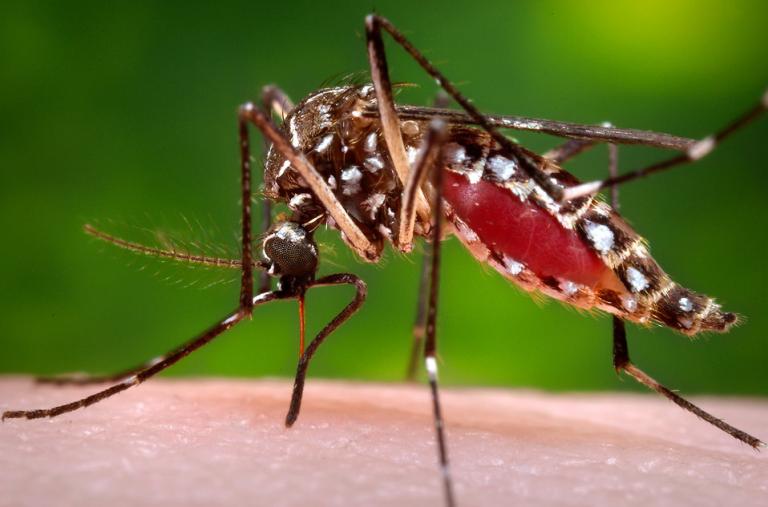 Yes, the Pope last week suggested that women in Zika-affected areas might appropriately, and morally, choose to use contraception.

Earlier this week, theologian Janet Smith responded with “Contraception, Congo Nuns, Choosing the Lesser Evil, and Conflict of Commandments,” which laid out the theological basis for objecting to contraception, and reasons why the case of the Congo nuns is not the same as Zika-fearing women now.

Today, an article in the National Catholic Reporter, of all places, links the Congo nuns in a different way:

Any woman can protect herself from rape and its consequences. In his definitive study, Rape Within Marriage: A Moral Analysis Delayed, Edward J. Bayer affirms that physicians in early 1960s Congo gave women religious anovulant drugs and that their actions later found papal approval.

Bayer talks about much more. He states that when a married woman clearly should not bear a child — whether due to disease or illness or other (presumably temporary) condition — she may in effect “protect” herself if her husband is unwilling to cooperate.

In other words, in a case of marital rape, or a more grey area of a husband refusing to cooperate with natural family planning, contraception is morally acceptable.

But what’s really going on in Latin America?  Certainly this interpretation suggests it’s a backwards place where women are helpless and uniformly abused by men.

And, indeed, when the government of El Salvador recommended that women defer pregnancy for two years (or, presumably, until the risk of babies with microcephaly is either solved through mosquito eradication or vaccination, or at least better understood and hopefully quantified as more minimal than now thought), this was considered as a foolish and unrealistic proposal for a Third World country.  (See here for the BBC report and here for the New York Times.)

But take a look at these numbers: 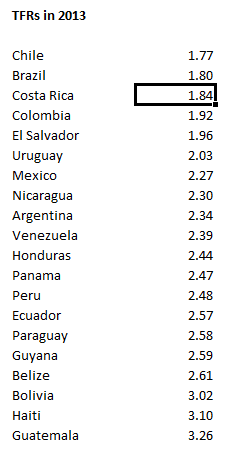 For comparison, the TFR — Total Fertility Ratio — for the U.S. is 1.87 (or was in 2013).  This means that for virtually all Latin American countries, family planning isn’t a pie-in-the-sky laughably unrealistic suggestion, but is happening right now, to such an extent that five of those  countries, including Brazil, Colombia, and El Salvador, have below-replacement fertility rates, and nearly all of the others have rates not much higher, and they’re on a downward trajectory.  In fact, for all of Latin America and the Caribbean, the TFR is 2.1, and actually slightly lower for the World Bank’s category of “developing” than all of LATAM:  2.12 vs. 2.14.  This is a far cry from the rate of 5.0 in Sub-Saharan Africa, for instance.

Now, perhaps it’s as simple as women in these countries tending to have a small number of children, then get sterilized, so that they don’t really have much choice in the timing of their pregnancies.  These statistics don’t say, of course.  And I’m not really able to find anything on types of family planning used in those countries.

But this is still a worthwhile corrective to the image of women in these countries as helplessly having one baby after the next, and the knee-jerk reaction that the Catholic Church must (as it’s likewise urged with respect to Africa and AIDS/high population growth) endorse condoms to solve the problem.

February 25, 2016 Time for a debate!
Recent Comments
0 | Leave a Comment
Browse Our Archives
get the latest updates from
Jane the Actuary
and the Patheos
Catholic
Channel
POPULAR AT PATHEOS Catholic
1 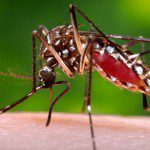