What about Nada Meawad? August 9, 2016 Jane the Actuary

I’m not referring to Doaa Elghobashy, the hijab-wearing player who made the news as a demonstration that “even modest Muslim women can play sports.”  See the Huffington Post, “These Olympic Beach Volleyball Photos Prove That Sports Are For Everyone,” as one source among many for these images.

But Nada Meawad, her teammate.

In case you didn’t notice, she doesn’t cover her hair.

Here’s another image:  this is from a set in which the two teammates are practicing.  She’s wearing leggings and a short-sleeved shirt, with her hair in a ponytail.

This is modest dress, but to Western standards.

So which of these is a “real” Muslim woman?

Both of them are.

Which of them had front-page coverage?

The one who covered her hair.

To be clear, if a woman sincerely believes that God has called her to cover her hair, she should have every right to do so, and should be permitted full participation in public life without harassment, and that’s true for Muslim women, or Jewish women, or Mennonite women, or whatever other religious group has such a practice.

Sure, it’s convenient, for a news outlet to pluck an image of women with covered hair to represent Muslim women.  But in its own way, it’s harmful, too, isn’t it, since it locks us all, Muslim and non-Muslim, into seeing the normative Muslim woman as having covered hair?

(Note:  the original post had these images, based on my reading of “fair use.”  I’ve since been told that my reading was incorrect.  Please follow the links instead.) 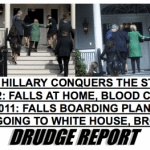 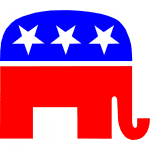 What You're Doing When You Vaccine-Shame...
Sticking the Corners
Related posts from Jane the Actuary

Catholic
Stray thought on the hijab
Jane the Actuary

Catholic
What does it mean to wear the hijab?
Jane the Actuary
TRENDING AT PATHEOS Catholic