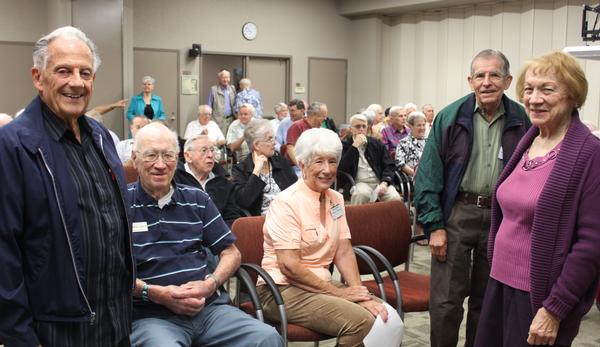 Yesterday I spent too much time summarizing Teresa Ghilarducci’s Rescuing Retirement, in which she promotes her GRA retirement concept.  Today I’d like to give a bit of an evaluation.

The core idea — make people save their own money instead of increasing Social Security — is a reasonable one, and is, after all, similar to the Jane Plan, except that in my plan I start the saving requirement only after a given earnings threshold.  But here are where the plans diverge, and where I question her concepts:

Ghilarducci relies on a very high rate of return to make up for a small contribution rate.

She justifies this because, she says, these new plans will have a long-term investment horizon similar to that of university endowments, because participants will keep their accounts as they move from job to job, and will not be withdrawing benefits until retirement.  But at the same time, participants will be able to move from one provider to another at any time, which means that, not only do the plans need liquidity to be able to manage that, but they could see mass departures if there is a scandal of some sort or another, whether due to actual mismanagement or overzealous reporting.  Plus, a university endowment can simply choose not to spend its funds from year to year, but a GRA fund would be obliged to do so as retirees retire and convert their accounts to annuities.

It is also unclear what the particulars of asset allocation would look like.  Would participants have the ability to elect a “private equity fund” that is now not available to them in 401(k) plans?  Or would there no longer be any asset allocation choice?  Would the plan be expected to invest wholly in return-seeking asset classes, or would it follow the mixed approach that’s generally the case with employer-sponsored DB plans, or that matches the target-date funds that individuals in 401(k) plans are advised to elect?

Now, I’m not an expert at investments, but her plan — “3% is all you need because the returns will be so great” — just seems too good to be true.

Ghilarducci is very unclear on what happens to 401(k)s.

I think that the only way workers get continued tax-deferral is by participating in a GRA rather than a 401(k), but it’s just not clear to me.  I could probably re-read the relevant sections, but it shouldn’t be necessary to do so, as she should be stating this up-front.  If that is the case, what’s the reasoning for it?  If GRAs are so great, why would the middle class need to be forced into participating in them?  And when she models the cost of the $600 per person government contribution, what does she assume about GRA participation?

I would go off on a rant about the fact that tax deductibility is an important part of voluntary retirement savings.  Before we had the 401(k), after all, we had deferred annuities, which were attractive solely because of their tax deferral.  Yes, it may be that tax deferral benefits the wealthy more, but a tax credit in the way that she envisions isn’t going to act as an incentive to save, because it simply replaces amounts that would otherwise be required to be saved.  Unlike other versions, there isn’t even a matching component.

I would go off on a rant, that is, but for her lack of clarity about taxation.

OK, I can match them, but only if I add in a mortality set-back (or is it a set-forward?  I can never remember which is which) to significantly worsen expected mortality, and only if I assume that there is no cost-of-living adjustment.  (Actuaries:  I’m using 83GAM.  She lays out her assumptions, so please feel free to try to match her as well.)  Maybe it truly is the case that her calculation adds in the disabled rather than giving them the advantage of a separate mortality pool, and that boosts the replacement rate for the rest of us at their expense.

Incidentally, the Jane Plan is more conservative, or more realistic, depending on one’s point of view, and figures on a 5%/5% contribution producing a 50% pay replacement with COLA.  Recall, too, that the plan envisions a reworking of Social Security, and applies the contribution only to a midlevel tranche of income rather than starting from the first dollar.

It bugs me that her international comparisons are so weak.

Yes, Australia has a mandatory superannuation.  But there are plenty of other examples, most notably, that the UK, our “nearest neighbor” in terms of retirement systems, is introducing an autoenrollment plan.  But I’m not sure if she doesn’t have better international comparisons because she didn’t want to put in the effort or because they would muddy up her case, for example, by the fact that there really isn’t an instance of DC participants having aggressive alternative assets at their fingertips.

Moving from alternative assets, pre-retirement, to an annuity based on government treasuries, doesn’t make sense.

Given that our post-retirement years will be, for many of us, nearly as long as our working lifetime, the government-bond annuity is very weak.  That is, it seems to me a key part of the puzzle that she just glosses over because her calculations manage to make the numbers work without solving this.  After all, after this system is fully developed, we’d be looking at a substantial amount of additional money getting plowed into government bonds each year — how will this affect the market?  What would the mandate to purchase government bonds do to the returns?  And the whole idea of aggressive investing, pre-, and ultra-conservative, post-, just feels very disjointed, not to mention that you’re not going to get a lot of buy-in on the concept of mandating government bond purchases in accounts that you simultaneously claim are genuinely individually “owned.”

In contrast, the Jane Plan keeps the money in pooled funds post-retirement, but with annuity-like longevity protection, and imagines that, like the idealized Dutch Collective DC plan (though maybe not how they work out in practice, where they tend to consist of insurance contracts), the funds would be managed with buffers which would smooth asset returns and provide a reasonably stable annuity but with the possibility of some variable-annuity-like fluctuation.

The principal-protection guarantee would be trouble-free, but there would be some exceptions.

The biggest risk is that, if there is a market crash in the first could years following the plan’s implementation, there just wouldn’t be enough time for markets to recover before participants at retirement age are collecting their benefits.  In addition, there would continue to be classes of people who would be affected by market crashes — the disabled collecting their benefits early or individuals who entered the workforce late in life (that is, in general, new immigrants).  So it’s true that for a long-term participant, the guarantee should be basically cost-free, but it’s not 100% true.

Ghilarducci is overly-optimistic about Americans’ “clamoring for a national retirement solution.

You can cite polls ’til the cows come home, but I think it’ll be tough going.  Sure, she’ll get buy-in from everyone to whom she promises something for nothing, but it’ll be slow going to say, “I’m going to end the 401(k).”

So that’s it from me.  What do you think? 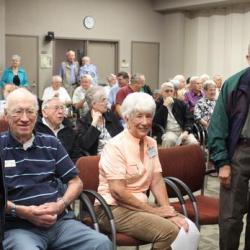 Catholic
Some questions for agers-in-place -- and movers, too
Jane the Actuary

Catholic
I'm sorry, but "aging in place" is still...
Jane the Actuary
TRENDING AT PATHEOS Catholic