Would you invite a neighbor to church? 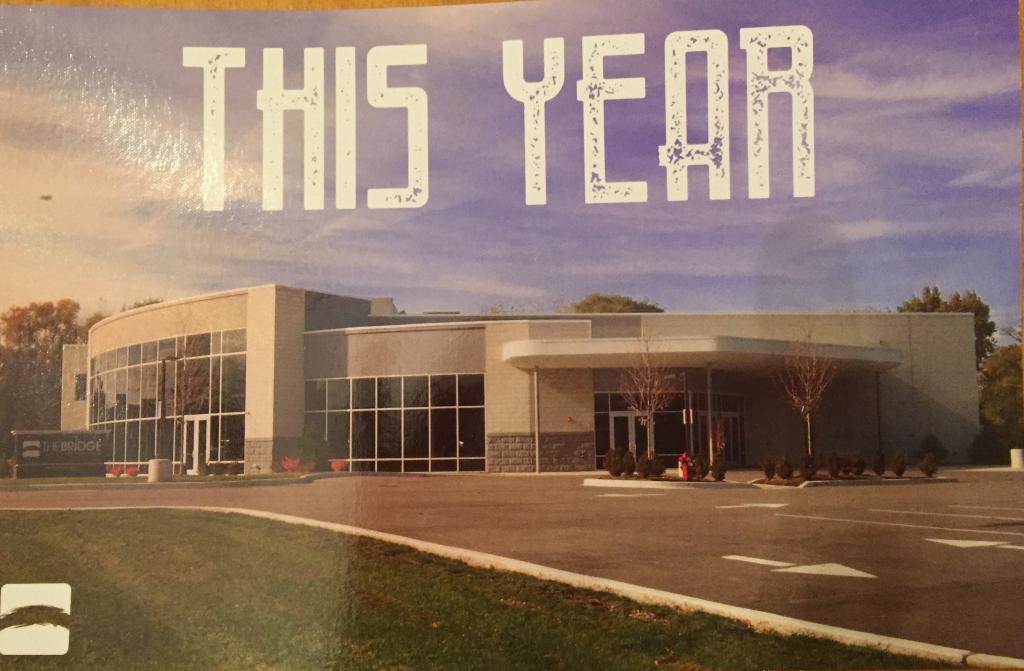 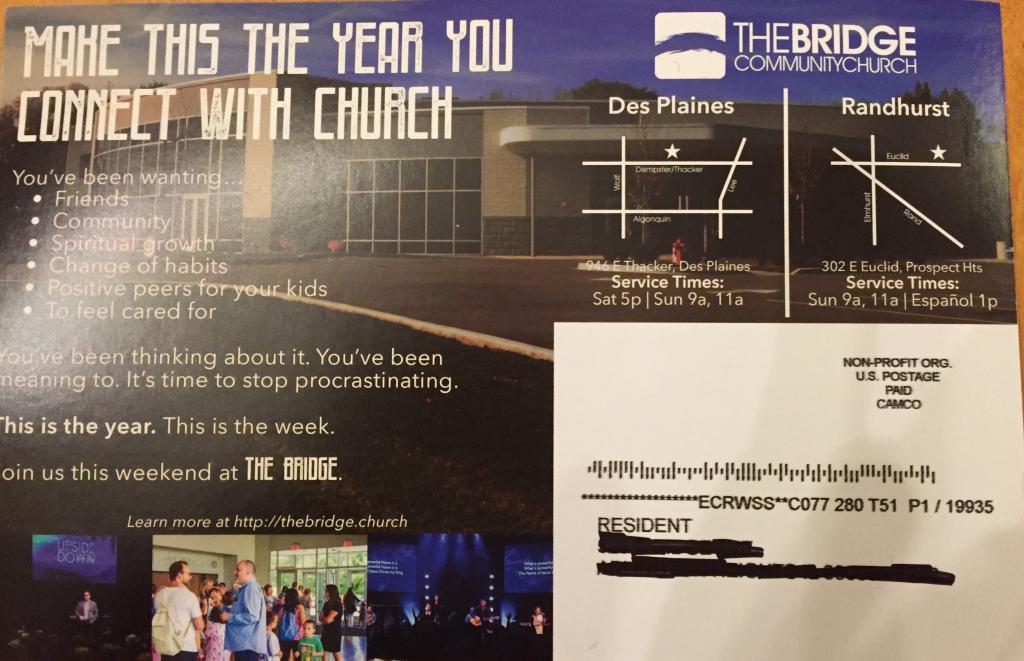 I should clarify that I probably would not, but that’s largely because (a) I’m an extreme introvert and (b) most of my neighbors are already members of my church, which is a mere block away. In fact, kitty-corner from us is a retired teacher, and three doors over the other direction is a current preschool teacher.

But the image is a photo of a  mailer that came today, from a church which has sent multiple such mailers.  And as much as the standard Catholic attitude towards such advertisements is a simple, “we don’t do that,” that’s not a particularly satisfactory answer.

Yes, as Catholics, we don’t believe that the masses of unconverted people will be burning in Hell for all eternity — or at least we apply a certain benefit of the doubt that God will find some accommodation for those who earnestly sought Him, after their own fashion and to the extent of their ability.  But my prior post, in which I lamented that Pope’s apparent statement that attending Mass offers no particular benefits, got me to thinking about the fact that, even without the conviction that evangelicals have that evangelization is an imperative because souls are at risk of damnation, it still matters that we as Catholics reach out to those who are, as those evangelicals would say, “unchurched.”

One could go further, really, and say that the fact that we, as a church, don’t have a practice of reaching out, suggests that we don’t really believe what we say we believe.  If going to church is just a Thing We Do, an obligation we acquired by virtue of having been baptized and confirmed, but nothing more, then it would practically be an injustice to invite someone, lest they, too, acquire this obligation and be further burdened.  If prayer or scripture or Mass attendance is just one tool among many to maybe feel a little happier when you’re down, then is there an advantage to that vs. maybe doing yoga or watching a funny YouTube video?

On the other hand, my sense is that for many people, Being Catholic is a very solo activity.  Not only are there not necessarily “events” at a parish that people could invite others to participate in, whether personally or via mailers, but the way people experience their Catholicism is not something they can necessarily easily share — for instance, adoration or a practice of praying the rosary, or even daily mass attendance.  Which means that the combination of not believing in any particular urgency to evangelism along with the fact that those who do find real meaning in their faith also can’t easily “package” that, leaves Catholic churches paralyzed, and bleeding members without any seeming interest in drawing new people in, even those people who are looking for some larger sense of meaning in their lives.

A while back, I wrote about the Divine Renovation program of church renewal (part one and two), which bases its evangelism program on the Alpha program, and which focuses on a Charismatic/Pentacostal/”filled with the Holy Spirit” approach, the links of which to such folk as Benny Hinn and the like trouble me.  And maybe that’s the easiest way to “sell” Catholicism — certainly I periodically think that I’d like to ask the pastor if he’d be willing to do a Traditional Latin Mass just so us post-Vatican II folk could understand what it was like, knowing that there are many people who have found it to be a source of spiritual nourishment, but then I hear others, of an older generation, saying, “oh, boy, I’m so glad we don’t have that Latin mass any longer, because that was pretty stupid.”

So that leaves me wanting to at least try sending out invitations, even though, again, I have pretty much no expertise in understanding people, so you really should take my ideas with a pretty large grain of thought.

Cop-out blogpost conclusion:  what do you think?

January 2, 2019
Does the Mass make a difference?
Next Post