Is anti-Hasidism more acceptable than antisemitism?

Is anti-Hasidism more acceptable than antisemitism? December 29, 2019 Jane the Actuary 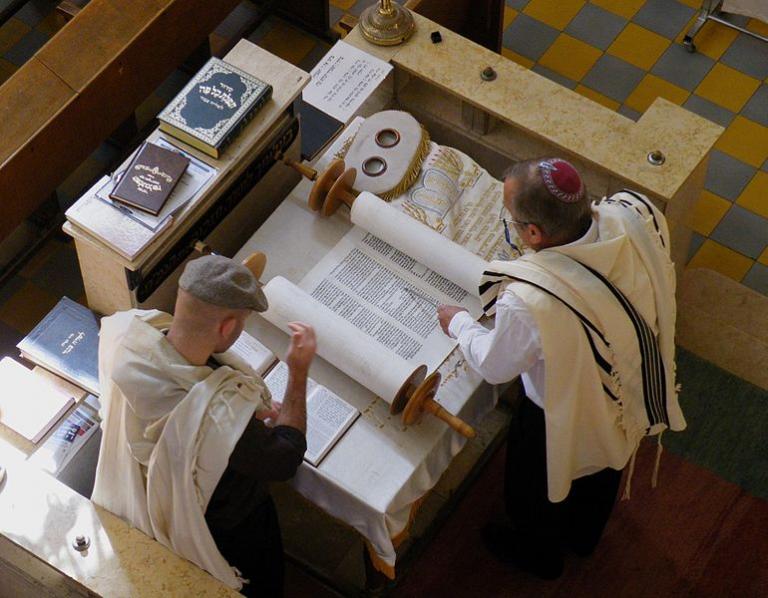 Incidental initial comment:  once upon a time, when I was a college student, I took a class on the subject of the Holocaust, and the professor, who was, by the way, a rabbi, said that the proper label for antipathy against Jews should not be spelled anti-Semitism because it was not opposition to “Semites” as a general grouping of Middle Eastern peoples, but to Jews specifically.

Having said that, here are some recent developments in New York City and environs:

On December 10, A kosher grocery store in Jersey City was attacked and 3 people killed.

This was next door to a Jewish school which appears to have been the real target.

In response to this, and to ongoing attacks over the past several years, New York City Mayor Bill De Blasio announced an increase in patrols in the affected neighborhoods.

Hate doesn’t have a home in our city.

In light of recent anti-Semitic attacks, the NYPD will increase their presence in Boro Park, Crown Heights and Williamsburg.

Anyone who terrorizes our Jewish community WILL face justice.

But various leftists on twitter objected, such as this example:

I need to say one last thing about the last line here and then I'm done paying attention to these people.

The answer to this must be that we don't care about your "comfort". We will not sacrifice Jewish lives and safety for your backwards intersectional ideology. Period. pic.twitter.com/FXc7a1yBFv

Then last night, 5 people were stabbed at a Hanukkah celebration in suburban New York City.

And here’s where I claim blogger’s privilege and write without sourcing:  the grocery attack and the Hanukkah attack are not new; there has been ongoing violence against the Jewish communities of New York City and its suburbs for some years now, without outsiders taking much interest in it.  Passers-by on the streets — mothers, the elderly, and others considered to be innocent and defenseless, assaulted in ways that range from petty to serious injuries.  But those same voices who in other contexts proclaim their opposition to racism and prejudice of all kinds, back off and say, “it’s complicated.”

“It’s complicated” because these are Hasidic Jews.

In the neighborhoods of New York City, they stand accused of gentrification.

In suburban areas, they are accused of a litany of wrongdoing:

Having disproportionately many children, relative to the taxes they pay into the school system.  Or, in the case of the East Rampo Central School District, causing trouble by sending their children to private schools and being unwilling to fund public schools sufficiently.

Focusing on religious study in their schools to such an extent that their children are insufficiently educated in secular subjects.

Mistreating women and girls by teaching them to be wives and mothers, observing strict forms of “modest dress” and other behaviors.

Looking all weird and cult-like.

(Fun fact: the same folks who scorn Hasidic Jews in this manner defend Muslims, even those who oblige women and girls to veil at young ages, because in that case, it’s about preserving their heritage.)

It reminds me of those “marriage equality” activists who insisted that there was nothing “anti-Christian” in demanding that Christians “bake the cake” because they knew that “real Christianity” included acceptance of same-sex marriage, so that people who insisted that their religion prevented them from these actions that would be a form of participation in a same-sex marriage, were not “real Christians.”

Likewise, the leftists who vocally oppose antisemitism just as much as other sorts of racism/prejudice, but then start to waffle and say “it’s complicated” when it comes to Hasidic Jews, are playing the same sort of game:  “real Jews are different than these weirdos, so I can fully support freedom of religion in the abstract without having to accept that this includes these people I don’t like.”

Is this antisemitism?  Can one legitimately say, instead, “no, this is anti-Hasidism”?  That is, is it a different sort of anti-ness, in which mainstream Jews are “safe” and Hasids with their extreme nonconformist behaviors are treated as a different sort of Identity Group which has nothing to do with Judaism except by happenstance?

That would be a nice tidy answer to the question — but are we really ready to say, of any ethnic group of any religion, that it’s OK for them to be targets of violence, regardless of how weird or nonconformist they are? At any rate, that gives us the ability to say, “it’s just an isolated issue” similar, I suppose, to if Amish communities were being harassed, and we say, “that’s not for me to worry about because it’s a different part of the country.”

But at the same time, those who are harassing the Jews in New York and those who shrug off being concerned, use the age-old antisemitic slurs that have been recited over and over again:  they are greedy, they have too much control over the economy, over Hollywood, over the government, etc.  Heck, wasn’t it a New York politician who claimed that the Jews control the weather?

So, no, there are not any acceptable justifications for the assault of Jews in New York City or elsewhere.

December 26, 2019
Was Jesus a refugee? It doesn't frickin' matter
Next Post

December 31, 2019 Stop making excuses for antisemitism (part 2)!
Recent Comments
0 | Leave a Comment
"Thank you!"
Jane the Actuary Santorini (a vacation sewing project)
"It is lovely and looks almost like a watercolor. Oia is such a pretty town ..."
Bemused Santorini (a vacation sewing project)
"I'm not a fan of Cupic but his explanation does seem reasonable to me. Even ..."
Mike Petrik Three Cardinal Cupich Updates That Make ..."
"Do Jews need to accept Christ as their saviour or not?"
The original Mr. X Is the cruelty the point? Cardinal ..."
Browse Our Archives
get the latest updates from
Jane the Actuary
and the Patheos
Catholic
Channel
POPULAR AT PATHEOS Catholic
1