Yes, round about a year ago, I griped about the Annual Catholic Appeal and spent what may have been overly much time digging through the pastoral center’s annual report and trying to understand whether the money came from and where it went to.  I was particularly peeved last year because, just before the appeal began, the Cardinal had every parish play a recording in which he spoke about (as I phrased it at the time) “how very much he cared about victims of sexual abuse and how very saddened he was at all the bad things that had happened and how very hard he was going to work to fix everything” — and the timing was clearly intended to calm Catholics before asking them to donate more money.  And between the lack of detail/transparency in the Archdiocese’s expenses and the Appeal itself, and the various ways in which Cupich had been a complete a** about the latest abuse scandal, including a demand that every parish read a letter in which he defends himself against accusations of indifference which he brought upon himself by saying, in an interview:

The pope has a bigger agenda. He’s got to get on with other things, talking about the environment and protecting migrants and carrying on the work of the church. We’re not going to go down a rabbit hole on this.

Since then, Cupich hasn’t aroused my ire quite as much — except, I suppose, for the bishops’ meeting at which he talked about following not so much Jesus Christ as “Francis’s teaching”:

The cardinal referenced a speech given to U.S. bishops on Nov. 11 by the papal nuncio to the United States, Archbishop Christophe Pierre, in which he urged them to consider “practically” how they have “received the magisterium of Pope Francis.”

and the context was an effort by Cupich to get the bishops to agree to add a wordy statement to a letter to voters which would have had the effect of saying that the well-being of refugees and the poor is of equal importance to the denied right to life of the unborn.  (As context, recall that the state of Illinois passed a law which, among other things, mandated that all insurance plans include abortion with the same cost-share provisions as any similar service; Cupich objected at the time but has been quiet ever since — by which I mean not merely that I don’t recall him saying anything but that a google search with “cupich” and “abortion” limited in time to the period after that law was passed turns up nothing other than this particular dust-up.  Apparently he spoke at the March for Life but there’s neither a video nor a transcript, and the speech he gave last year, well, it was weak, at best, speaking as if the only reason why abortion is wrong is the Donald Trump reason, that that lost human life could have made some contribution to the world that we miss.)

But I nonetheless made a point of worshipping outside the Archdiocese this past weekend, because I couldn’t stand yet another round of listening to Cupich asking for money in his best man-of-God voice, followed by the priest (not of his own volition, but following the Archdiocese’s instructions) not merely asking everyone to fill out a pledge card, but following a script (literally:  “Please print your first name, your spouse’s first name, and your last name on the top line” . . . “On the second line, please print your address, including any unit or apartment number” etc.)  And — to their credit — when, last year, I returned one of the countless mailings from the Archdiocese asking for money, with a $0 and a request to no longer be contacted, they complied.

All of which is preface to an article in the Washington Examiner on Tuesday, “Trump economy works for everyone except corrupt Catholic bishops.”  Now, folks in Washington have particular reason to be p***ed, what with being ground zero for the Cardinal McCarrick scandal (the promised Vatican report regarding which is still outstanding, by the way), but nonetheless, that article reports that the Archdiocese of Washington saw a drop off in donations for its version of the bishop’s appeal of one-third, that the Diocese of Arlington saw a 7% drop, and Peter’s Pence donations are down by an (unspecified) amount as well.  That article further references the Washington Post, which cites not only data but also “man on the street” comments by people who object to — you guessed it — not just the scandal but also the lack of transparency, and reports that anecdotally people try to give in targeted ways to ensure their parish, not the Archdiocese, benefits (something that I’ve also considered but, knowing that the Archdiocese levies an assessment of an unknown amount, I’ve concluded is probably a lost cause; if, copying the anecdotal parishioner, I wrote a check directly to pay for utilities, the parish would presumably still be required to pay a fraction of this income to the Archdiocese anyway).

Now, there is no centralized reporting of such data, and, as it turns out, the Archdiocese is behind schedule in posting its annual report (the fiscal year ends in June, and the 2018 annual report was completed in December of 2018, but the 2019 report is not yet available).  So whether the Cardinal’s behavior prior to last year’s appeal had an impact on donations, we don’t yet know.  But I hope it did, and I hope that brings about change, even if merely for Cupich to, at the margins, be somewhat more transparent about money and somewhat less focused on his top priorities of immigration, the environment, and the like, rather than ministering to the Catholics of greater Chicago.

February 21, 2020 Some notes on a Latin mass
Recent Comments
0 | Leave a Comment
"Thank you!"
Jane the Actuary Santorini (a vacation sewing project)
"It is lovely and looks almost like a watercolor. Oia is such a pretty town ..."
Bemused Santorini (a vacation sewing project)
"I'm not a fan of Cupic but his explanation does seem reasonable to me. Even ..."
Mike Petrik Three Cardinal Cupich Updates That Make ..."
"Do Jews need to accept Christ as their saviour or not?"
The original Mr. X Is the cruelty the point? Cardinal ..."
Browse Our Archives
get the latest updates from
Jane the Actuary
and the Patheos
Catholic
Channel
POPULAR AT PATHEOS Catholic
1 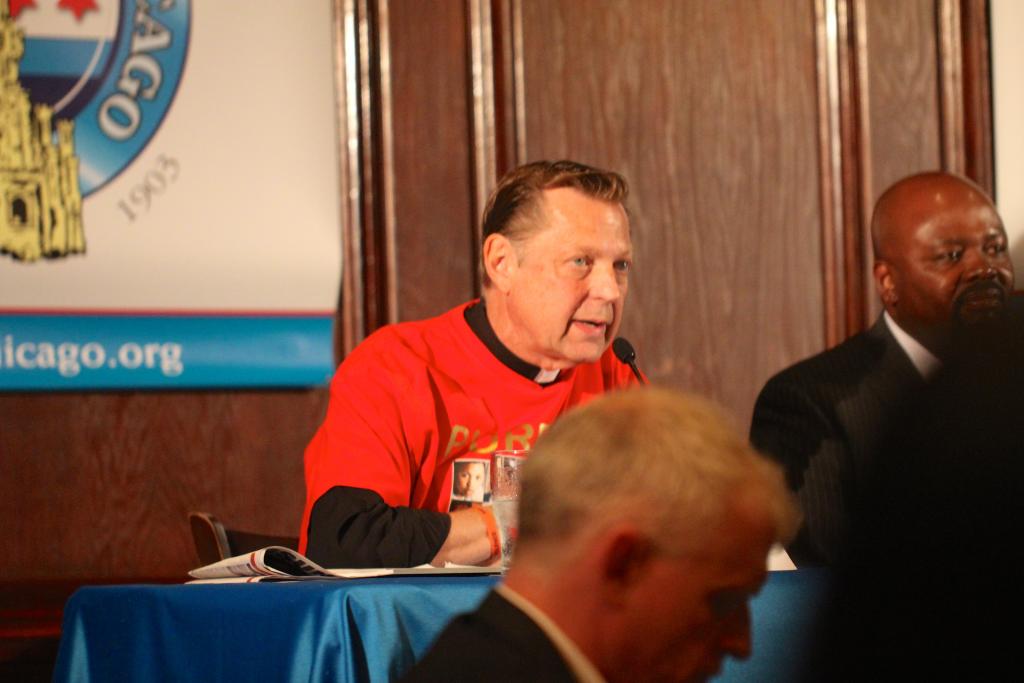