Patheos Explore the world's faith through different perspectives on religion and spirituality! Patheos has the views of the prevalent religions and spiritualities of the world.
Let’s start with a one-paragraph review of the Reconstruction Era, shall we?

In the period immediately following the end of the Civil War and Lincoln’s assassination, former Vice President Andrew Johnson favored leniency toward the rebellious states, but the Radical Republican faction gained control over Congress in 1866 and pushed for civil rights, protections, and social-welfare efforts for the freed slaves, overriding Johnson’s vetoes.  In 1868, President Ulysses S. Grant replaced Johnson and continued the Radical Republicans’ policies, including combatting the KKK, essentially wiping them out by 1872.  What’s more, in the immediate aftermath of the war, the South was in a state of martial law/military occupation, and, to varying degrees, former Confederate soldiers were barred from voting until the 1872 Amnesty Act.   However, political support faded, white paramilitary groups gained power, and by 1877, as part of a bargain to place Republican Rutherford Hayes into office, Union army troops were withdrawn from the last three states where they had continued as an occupying force, setting the stage for Jim Crow laws, the loss of the right to vote by Southern blacks, the Tulsa Massacre, Woodrow Wilson’s re-segregation of the U.S. government, and so on.   (Yes, that’s from Wikipedia.)

Of course “40 acres and a mule” is now a part of the ongoing claims for reparations — that is, the claim that the freedmen were promised this during Reconstruction, but that this promise was broken, so the government has a responsibility to pay its debt.  And there’s a sense that somehow the federal government did something wrong that, had it not made this mistake, the former slaves would have had their happily-ever-after after all, and the continued racism experienced since then wouldn’t have happened.

Yet at the same time, Reconstruction, to some degree or another, lasted for 15 years.  We are now going on 20 years of military presence in Afghanistan. And, indeed, for many years, when Democrats (and anti-interventionists, generally speaking) called for us to leave the country, I believed we needed to stay, needed to try harder to get the “nation-building” right, because I was horrified at the prospect of leaving the country and abandoning women and girls to the fate they had suffered under the Taliban before the arrival of the U.S.: banned from education, banned from leaving home, forced to wear a burqa.  And indeed, as the Taliban resume control, they are kicking girls out of school once again. It’s terrible.  But there also comes a point at which we have to admit that the American military cannot perpetually fight this battle, cannot indefinitely rationalize that we just didn’t get it right in the past.  Could the military leadership have done a better job with its nation-building efforts?  Could they have prevented corruption, convinced the people that becoming a “civilized” country with education, economic development, and democratic governance is worth fighting for, rather than just being passively provided goodies by the rich West, if only Americans had tried harder and been smarter about it?  Or is the culture and mindset of Afghans so radically different that our way of seeing the world never made sense to them and had no real chance of taking hold?  Especially after reading Joseph Henrich’s The Weirdest People in the World, I became convinced that the latter is more likely, however much it feels that that this is no more than abandoning women and girls to a terrible fate.  (And yes, I am dodging the question of where to draw the line, and what more extreme level of injustice warrants staying in the fight as long as it takes, in perpetuity if need me.)

You can see where I’m going with this: without engaging in the exercise of condemning Northern politicians and voters for their decisions in the aftermath of the Civil War and their unwillingness to stay the course in pursuit of justice and economic assistance for the freedmen, is there a path toward understanding what went wrong, and whether the actual outcome of reconstruction was a matter of decisions and events that might have gone the other way (Lincoln not shot, one more Senator being willing to impeach Johnson, etc.), or whether it simply is not a Thing That Can Happen for outsiders to effect this sort of change.

All that being said, you might wonder why I’m thinking about this now and that gets me to a twitter back-and-forth, or, rather, a series of responses to my tweet, itself a reply to another tweet, about Reconstruction:

The Post-Reconstruction South reminds me to some extent of the (presumed) future of Afghanistan when the U.S. military completely pulls out. Should the Union army have stayed indefinitely?

Now, Tim Carney, a columnist at the Washington Examiner, has some 60,000 followers, so my reply got some further replies from his followers, such as these insights and proposals:

They should have continued the military or "policing" action to uphold federal law and protect democracy. Instead it was left to the same states that had recently shredded the US Constitution to oppress a people group and maintain their free labor force.

“Continued”?  For how long should they have continued the military occupation?

Suffrage and protection of the black vote, expropriation of the plantations, and a massive crackdown on anyone committing racist violence.

Every slave owner gets fed a bullet. Divvy up their property and redistribute it to their slaves

Continued military occupation, and the execution of anyone who took up arms against the United States of America. A proper bloody purge of traitors.

Though, in all fairness, someone whose biography reads, “High School Teacher of History and Psychology. Ph.D. in European History,” quite sensibly points out that

This is one of those questions where changes over a century (greater African-American organization, shifting attitudes on race, changes in the Democratic Party, discrediting of eugenics, the Cold War) explain why it could do something in the

dramatically that he went along with the Brownsville affair and later refused to seat integrated Southern delegations at the Bull Moose convention for the 1912 Presidential race.

So where does that leave us?

In the first place:  the advocacy of mass executions.  Yikes.  Yes, these are just a couple random people on the internet, but I’m not pleased to know that anyone thinks massacres of defeated armies is a sound and appropriate action.  I suppose that would make Game of Throne’s final season explicable, but, still, yikes.

In the second place, well, I am not a fan of counterfactual history, but there is, again, probably some value in identifying whether there were junctures at which “accidents of history” determined what happened, so that there was a possibility of another outcome, rather than the past simply being the past, with the Radical Republicans having no better prospects for creating long-term change in a culture, rather than its evolving organically, than American “nation-builders” in Afghanistan.  Again:  directly expropriating land from plantation-owners to give to former slaves sounds like an easy fix.  The former slaves wouldn’t have been forced to become sharecroppers, the plantation-owners would have lost their power.  One might say that it “should have” happened, and, indeed, history is replete with land expropriations, but whether there was a realistic path towards it actually having happened is another matter.

It is foolish to set forth these expectations of how people in the past “should have” behaved, rather than simply seeking to understand how they understood their world and following that long chain of cause and effect.  It is equally a challenge to look at what’s happening in places across the world where we see injustice — girls deprived of education in rural Afghanistan, honor killings in the Middle East, or, yes, abortion as the normative response to unexpected pregnancies in many parts of the world — and struggle with a response that’s not just outsiders coming in and saying, “don’t do that!” 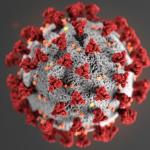 Pope Francis Did NOT Say EWTN...
Biblical Evidence for Catholicism
Related posts from Jane the Actuary

Catholic
Hold the mocking on the Civil War ....
Jane the Actuary