The Pope of Justice and the Year of Mercy

The Pope of Justice and the Year of Mercy May 30, 2016 Chase Padusniak

Pope Francis—pontifex maximus of cheap grace and haphazard forgiveness, the kind of bishop who would’ve asked the deacons to hand over the holy books during a Roman persecution, or really would do whatever the authorities demand—in short, he’s bowed to the world, remitting sins like some Galilean lunatic or something. Or so the story goes.

Cheap grace commanded and dispensed through Amoris Laetitia and the Jubilee Year of Mercy are not, however, the hallmarks of the Franciscan pontificate. No. Justice is his emphasis. From his attacks on the ‘throwaway culture’ to his condemnation of environmental degradation to his ever-evident concern for the poor and marginalized, ours is a pope discontented, even righteously indignant, at the injustices perpetrated by the structures Dorothy Day once decried so forcefully: “We need to change the system. We need to overthrow, not the government, as the authorities are always accusing the Communists of conspiring to teach to do, but this rotten, decadent, putrid industrial capitalist system which breeds such suffering in the whited sepulcher of New York.”

In his introduction to her autobiography, Fr. Daniel Berrigan, S.J. draws attention to the centrality of justice to Day’s program, despite the fact that her life was spent mostly enacting works of mercy, corporal and spiritual, or practicing what she called the three sorts of labor: manual, intellectual, and spiritual:

Granted the evil, it was a world to be won; people need not die as they had lived; the word of salvation, the daily bread were at hand. And this was the task; bread and truth must make the rounds […] But let tomorrow take care of itself; it was today’s hunger that must be met. Let us meet it. Let us multiply ourselves, in the youth, the workers, the poor, the street people, the excluded. All have the truth to offer; all can multiply the bread, bake it, break it, and pass it on.

Pope Francis does not seem all that different to me. He knows that justice and mercy are inseparable, that in our fallen tongue, God is both justice and mercy. Forgiveness is necessary even of the exploiters, and yet justice demands they convert from oppressors into servants. The poor cry out not just for the mercy of God’s forgiveness, but for the justice of His love.

Perhaps this is why the pope confuses so many, because they cannot envision such a union of justice and mercy, such forgiveness freely granted to softened hearts, previously in the business of oppressing the poor. This Year of Mercy is vital precisely because the pope’s emphasis is justice; it is not merely the furthering of a cheap grace, but the necessary negation in the dialectic of his purificatory spirit. Though he is too humble to admit it, we might best characterize his mission as a continuation of his own characterization of St. Francis of Assisi in Laudato Si’:

He loved, and was deeply loved for his joy, his generous self-giving, his openheartedness. He was a mystic and a pilgrim who lived in simplicity and in wonderful harmony with God, with others, with nature and with himself. He shows us just how inseparable the bond is between concern for nature, justice for the poor, commitment to society, and interior peace. 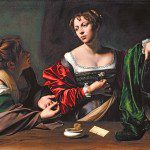 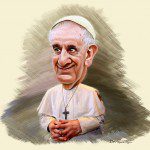 May 31, 2016 Pope Francis’ Legacy Will Live On: Two Historical Parallels
Recent Comments
0 | Leave a Comment
Browse Our Archives
get the latest from
Jappers and Janglers
Sign up for our newsletter
POPULAR AT PATHEOS Catholic
1