The Feast of St. Augustine and Who Else?

Today is August 28th, most notably the feast of St. Augustine, bishop, theologian, Doctor of the Church, bearded Mensch, etc. Augustine holds special significance for me as a medievalist—before Aquinas his was undoubtedly the most influential theological work in all the West. Plus, his emphases on desire and conversion continue to strike at the heart of my faith in God.

But today holds additional significance—greater significance. It is the feast of a lesser-known saint: a hermit, a martyr, an awkward man to remember in 21st-century America—Abba Moses the Black.

I count Abba Moses among my patrons. An icon of him stares at me on my desk, draped in prayer beads and prayer cards. I pray for his intercession daily.

His resolve, conversion, and—more than anything—his love have drawn me into the sweet embrace of his prayers.

Abba Moses was an Ethiopian born a slave in Egypt. Known for his massive size (he is sometimes called “the Strong”), he escaped and became a bandit, ravaging the countryside with his cruel excesses of violence, spurred on by rage, nurtured in years of unjust servitude. And what then?

He repented; he escaped his second slavery, and wept before monks at a monastery, committing himself to the life of a desert hermit.

For the rest of his life, his conduct centered around Christ and Christ alone, so much so that he became a spiritual leader to hundreds of other monks. His fame spreads, based on three principles: repentance, non-judgment, and non-violence (which really boil down to caritas).

As a convert from a secular life, as a person for whom Christianity means a radical shift in life, away from judgment and toward an unconditional and un-abating love, how could I not be awestruck?

But my words will do him little justice, so here are a few of the more notable stories from his life:

The Monk Moses undertook a new effort. Making the rounds by night of the wilderness cells, he carried water from the well to each brother. He did this especially for the elders, who lived far off from the well and who were not easily able to carry their own water. One time, kneeling over the well, the Monk Moses felt a powerful blow upon his back and he fell down at the well like one dead, laying there in that position until dawn. Thus did the devils take revenge upon the monk for his victory over them. In the morning the brethren carried him to his cell, and he lay there a whole year crippled up. Having recovered, the monk with firm resolve confessed to the hegumen, that he would continue to asceticise. But the Lord Himself put limits to this struggle of many years: Abba Isidor[e] blessed his student and said to him, that the profligate passions had already gone from him. The elder commanded him to commune the Holy Mysteries and in peace to go to his own cell. And from that time the Monk Moses received from the Lord the power over demons.

Once, four of the robbers of his former band descended upon the cell of St Moses. He had lost none of his great physical strength, so he tied them all up. Throwing them over his shoulder, he brought them to the monastery, where he asked the Elders what to do with them. The Elders ordered that they be set free. The robbers, learning that they had chanced upon their former ringleader, and that he had dealt kindly with them, followed his example: they repented and became monks. Later, when the rest of the band of robbers heard about St Moses’ repentance, then they also gave up their thievery and became fervent monks.

A certain brother committed an offence in Scete, the camp of the monks, and when a congregation was assembled ‎on this matter, they sent after Abba Moses, but he refused to come; then they sent the priest of the church to him, ‎saying, “Come, for all the people are expecting you,” and he rose up and came. He took a basket with a hole in it ‎and filled it with sand, and carried it upon his shoulders, and those who went out to meet him said unto him, “What ‎does this mean, O father?” And he said to them, “The sands are my sins which are running down behind me and I ‎cannot see them, and, even, have come to this day to judge shortcomings which are not mine.” And when they heard ‎this they set free that brother and said nothing further to him.‎

“The aim in all these things is not to judge one’s neighbor. For truly, when the hand of the Lord caused all the first-born in the land of Egypt to die, no house was without its dead.”

The brother said, “What does that mean?” The old man said, “If we are on the watch to see our own faults, we shall not see those of our neighbor. It is folly for a man who has a dead person in his house to leave him there and go to weep over his neighbor’s dead.

“To die to one’s neighbor is this: To bear your own faults and not to pay attention to anyone else wondering whether they are good or bad. Do no harm to anyone, do not think anything bad in your heart towards anyone, do not scorn the man who does evil, do not put confidence in him who does wrong to his neighbor, do not rejoice with him who injures his neighbor. This is what dying to one’s neighbor means. Do not rail against anyone, but rather say, ‘God knows each one.’”

His martyrdom, is, for me, perhaps the most striking story from his life:

On one occasion when the brethren were sitting with Abba Moses, he said to them, “Behold, this day has the ‎barbarians come to Scete; rise up and flee.” And they said to him, “Will you not flee, father? He said to them, “I ‎have been expecting this day to come for many years past, so that might be fulfilled the command of our Redeemer, ‎‎”Those who take by the sword shall perish by the sword’” (St. Matthew xxvi, 52). And they said to him, “We then ‎will not flee, but will die with you.” He said to them, “This is not my affair, but your own desire; let every man look ‎after himself in the place where he dwells.” Now the brethren were seven in number. And after a little he said to ‎them, “Behold, the barbarians have drawn near the door”; and the barbarians entered and slew them. Now one of ‎them had been afraid, and he fled behind the palm leaves, and he saw seven crowns come down and place ‎themselves on the heads of those who had been slain.‎

The idea of remaining behind to accept martyrdom, when he knew he could escape or fight back, requires the utmost faith. My jaw simply drops at each reading.

In other accounts, I’ve seen it written that he greeted the bandits attacking his monastery with hospitality, as if they were guests. Animated by Christ’s love, he accepted death, rather than lift a finger in violence. That life was behind him.

Today, a brotherhood exists in his name that works towards non-violent solutions to racial issues—that seems to me a worthy legacy for the peaceful monk. But we can do more.

Abba Moses has had an immense influence on my life; in truth, I cannot help but tear up when I re-read his story or re-encounter his wisdom. Please ask for his intercession on this, his most hallowed feast. An akathist (a hymn) to him may be found here. I encourage everyone to pray it today—when we celebrate his life and martyrdom. 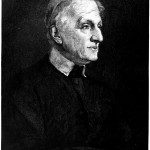 August 25, 2016
An Open Letter to Pro-Life Catholics
Next Post 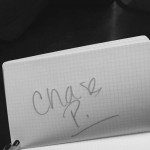 September 12, 2016 The Catfishing of the Catholic Community
Recent Comments
0 | Leave a Comment
Browse Our Archives
Related posts from Jappers and Janglers