Donald Trump: Human, All Too Human

Who is Donald Trump: savior, pragmatic choice, satanic force? The answer you get much depends on who you ask. In my news feed anyway, he is most often an evil beast lurching toward Washington D.C. to be born—a misogynist, a racist, an enemy of good manners, and the decency we’ve worked so hard to instantiate and uphold.

But in that lies an irony—Donald Trump is himself a product of a well-mannered bourgeois background; in fact, one might say that the stresses of that upbringing molded the (perhaps not-so) well-coiffured man before us today. This is no longer mere speculation—it’s a hard truth that keeps popping up from beneath the surface of recordings of Trump recently acquired by the New York Times. The Times’ provides a worthy summary of the tapes, originally made by Trump with his biographer, Michael D’Antonio:

Those recordings, which capture Mr. Trump in unusually candid, searching and unguarded ways, are the basis for a special two-part episode of The Run-Up. In both, Mr. D’Antonio and I explore Mr. Trump’s emotional life, psychology and behaviors, relying heavily on Mr. Trump’s own words from the tapes.

The recordings reveal dimensions of Mr. Trump we rarely see. He describes his lust for fighting in high school. He revels in the first time his name was mentioned in a newspaper. And he acknowledges a fear that the adoration of strangers, a sustaining force in his life, may someday fade away.

Episode No. 1 focuses on Mr. Trump’s reluctance to confront the traumas of his childhood: his parents’ decision to send him off, at age 13, to a distant and disciplined military academy; his difficult relationship with his father; and the tragic death of his older brother […]

Episode No. 2 further explores the grown man Mr. Trump became: fixated on his own celebrity, anxious about losing his status and contemptuous of those who fall from grace.

A culture of competition, of acquisitiveness, of self-assertion has created Trump. His father taught him to be the best, to achieve at any cost, even at the cost of his own brother, who would eventually pass from alcoholism. Trump and his father would, allegedly, team up on poor Fred Jr., questioning his decisions, as he moved—broken—back home after failing in his chosen career, now ready to drink himself to death.

In the interviews, Trump expresses his lack of desire to confront any of this—even saying that he tries not to reflect too much, fearing he might not like what he sees. As the podcast hosts suggest, he learned early on—at home, in military school, from the overall culture—that success required playing by certain rules, rules that could be remade by the most successful. Take courting his wife—he used a limo and flowers, thousands of flowers; this mode of romancing (while legitimate) reflects a certain attitude toward power in such relationships. The strong, powerful man woos the woman with material goods; life imitates art (think, as they say in the podcast, Pretty Woman).

People declare he’s a megalomaniac, but seem to give little consideration to why or how he might have become so. Voices clamor about his unfitness, but pay no mind to the traumas that constitute him. He is a man for whom, despite all the discomfort, we should be praying, praying for his conversion, his healing, even as many, justifiably, hope he loses.

And we so we forget all of this when we look at Trump, when we see only savior or antichrist, friend or enemy. Donald Trump is a human being scarred by the culture he simultaneously wishes to uphold and overturn, to save and to destroy.

The recordings are worth a listen, if only to see the conflicts that have created him. And even if Trump loses, what will America have gained? If our country will not face the nebulousness that brings us pride, greed, and vanity, what stops us—Right, Left, Democrat, and Republican—from spawning more of the same? 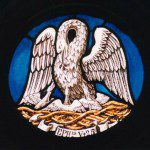 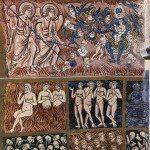 November 1, 2016 Is a Smaller Church a Better Church?
Recent Comments
0 | Leave a Comment
Browse Our Archives
get the latest updates from
Jappers and Janglers
and the Patheos
Catholic
Channel
POPULAR AT PATHEOS Catholic
1

The Oxford School Shooting and its...
Steel Magnificat
Related posts from Jappers and Janglers