2016 has been cursed again and again as a year of unbelievable travail, a year so overladen with trauma and difficulty all the way up from the personal to the national and global that many cannot wait to fade into the annals of history. Somehow the four digits themselves have taken on a sort of shamanic energy; some people seem to hope superstitiously that if the numbers just pass by, if the six ticks away and emerges anew as a seven, we might be able to start on the road to recovery.

Most people, of course, don’t actually think this is true; they don’t believe that the fading of a lone number can re-direct the course of history, at least not in and of itself. No, rather, people respond in an indicative way: they respond with memes. The “Me at the Beginning of 2016” meme has become a big hit (and as with most memes will likely plunge into the abyss of forgotten cultural tropes soon enough). This might seem innocuous enough, but it actually tells us something about the year on the whole, and especially about its politics: for Millennials anyway, irony is the new frame for our discourse; it shapes and animates how and what we discuss.

This may sound silly: memes are just images, minute cultural phenomena, but the truth is a bit more distressing. I can feel it in myself, as someone who has only a few years of memories before the ready availability of the internet, as someone who has long known about the darkest corners of internet comedy (read: irony). I find some, frankly disturbing, things very funny (examples here, here, and here, though all but example three may be a bit offensive to some; example one may upset the squeamish). For a long time, I found myself wondering why—why it is that purely-negative, ironic takedowns were so funny to me. The same went for music: why did I find music videos like this one so hilarious, even if obviously undercooked and unimpressive? Comedians or musicians, it all just felt like trolling, so: why?

Self-awareness, for one. It stood out to me that, in the world of pop culture, nothing seemed to mean anything. When nothing has any meaning, well, the one thing people can claim is the freedom of self-awareness; no one else can insult you or otherwise question your intelligence if you are aware of every iota of what you have created. This is true even if none of it, strictly speaking, means anything. For example, one might compare this Fox News interview (that many found offensive) with this offensive (but funny to many because self-aware) segment from Wonder Showzen (a precursor to much of what would be considered funny in 2016). Q.E.D.

This cultural soup may not, at first glance, seem overtly political, but, as we shall see, it is, or at least can be. It has spilled over across the spectrum of Millennial cliques, from “normie” memes (memes for normal people) to the darkest edges of the internet, from “basic” teenagers to 20-year-old traditionalists, ironic discourse has come to infect, sometimes unnoticed, a myriad of expectations and interactions.

Even if all this lies in the background of our political discourse, how did it enter into our politics anyway? This piece by Tara Isabella Burton does a fine job of explicating how it is that the seemingly individualistic and ironic culture of internet memes can also be a basis for community (and even a politics). We must start, she argues, by understanding what irony accomplishes for these people:

In their apparent indifference to content and their commitment to aestheticized irony, shitposters resemble the disengaged ironists the 19th-century philosopher Søren Kierkegaard discussed in texts like The Concept of Irony and Either/Or. According to Kierkegaard, the ironist “poetically composes himself and his environment with the greatest possible poetic license” and lives “in this totally hypothetical and subjunctive way.” Every act is an act of self-creation: Stories that are told are not descriptive of “true” facts out there but rather ways in which the ironist can prove his power, his philosophical strength, his verbal dexterity. He says things just to be the sort of person who says them. The ironist maintains his power by taking no position, starting every argument anew. “There is something seductive about every beginning, because the subject is again free, and it is this pleasure the ironist longs for,” Kierkegaard writes in The Concept of Irony. “In such moments, actuality loses its validity for him; he is free, above it.” For that freedom, the ironist is willing to say anything, make any argument, undeterred by any fear of being called to account. That is, the ironist is the proto-troll.

She ties this desire for freedom to the destruction of structures of meaning in our age (think religion, the post-war political consensus, the Reagan consensus, etc.):

Kierkegaard’s ironist came of age in the an [sic] era of increasing technological production, urbanization, secularization, and — ultimately — alienation. Shitposters have come of age in an era no less turbulent. They too live in a time of economic uncertainty and spiritual apathy in which foundational myths about the self and its role in the cosmos seem to have been rendered obsolete. To fill the void, the ironist and the shitposter both create a self-image characterized by the freedom to say and do anything, beholden to nothing and to nobody — a freedom that finds expression through transgression, saying things (racist, sexist, etc.) “nobody else” will say — except, of course, for the shitposters. This is how the stories the “alt-right” tells about itself take on a religious quality. They are predicated on a desire for a meaningful narrative of the world that allows for participation.

Of course, even if these memes, these penchants for irony, emerge from individuals seeking freedom—the freedom to reconstitute oneself, the freedom to stand above having to “mean anything”—they still operate in community. Likes, upvotes, “keks”: all of these things require a community—someone to troll and someone to cheer on those with the “virtue” to stand above the fray of meaning. This is the origin of meme politics. 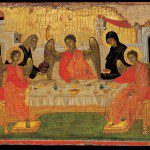 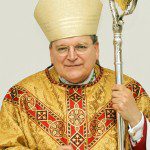 December 21, 2016 Is There a Civil War in the Church?
Recent Comments
0 | Leave a Comment
"I still find his thoughts on supermen versus slaves to be monstrous."
Ame Nietzsche and Me
"How can an institution say they are Christian, and yet not embrace fair employment practices?This ..."
fractal Abusing Religious Liberty
"I’m an adjunct faculty member at two Montréal universities. Particularly in the case of Concordia ..."
Shaun G. Lynch Abusing Religious Liberty
"WOW. "The court's decision has made it possible--even economically advantagious--for Catholic universities to sin." Bravo ..."
Jane Harty Abusing Religious Liberty
Browse Our Archives
Follow Us!

Being Consumed:  A look at William T. Cavanaugh’s...
Being Consumed: Economics and Christian Desire is the second book by William...
view all Catholic blogs
What Are Your Thoughts?leave a comment
Copyright 2008-2020, Patheos. All rights reserved.