From Boethius’ Consolation of Philosophy to the myriad works on self-help today, consolation is taken to be, well, a good thing.

When you don’t get sick, when a parent dies, when you get broken up with, you want someone to listen, or, as we often put it, merely to be there. Who could possibly say such consolation is a bad thing? Who could not want a shoulder to cry on, a human presence to, even if not understanding, truly care?

We all do. But the question is not who could not want consolation; rather, it is who needs it?

In my life, I’ve had quite a few emotional humdingers (so to speak): I was diagnosed with Crohn’s as a teenager, my mom died on the day of my high school graduation, I’ve, in fact, even been broken up with. What’s odd about such events is that they defy consolation. Insofar as consolation is a sort of mitigation, an easing, a soothing (coming from the Latin solor, which means precisely these things), it is an impossibility. What can ease the death of a parent? Who can say anything in the face of chronic illness as it afflicts a once healthy 15 year old? And, yes, when broken up with, who can really fill the gap, assuage the feeling of lack, experienced when a person so close, so necessary, for months or years, suddenly drops away? Is this not why we roll our eyes at the truisms: “my condolences,” “you’ll get through this,” “there are other fish in the sea”?

In other words, deep down somewhere, we might desire that someone be there for us, but, in the face of that other person, we recognize an impossibility—we are in here, hurting, afflicted, and they, well, are out there, reaching, but ultimately alien. Consolation becomes a drive for an impossibility, a fact that often leads us to lash out, to express our alienation in anger. I know that, in spite of the love of many friends, I have—before their attempts to help—often fallen silent or said words that never should have been said.

But what of God? Is He not our ultimate consolation—the victory of the Cross, the Kingdom of Heaven, the beauty of the Mass?

Religion in so far as it is a source of consolation is a hindrance to true faith; and in this sense atheism is a purification. I have to be an atheist with that part of myself which is not made for God. Among those in whom the supernatural part of themselves has not been awakened, the atheists are right and the believers wrong.

We must be careful. Another quote from her will help to clarify:

Love is not consolation, it is light.

God’s love for us does not exist merely to take away the impossible sufferings of existence—those aren’t going anywhere. Rather, His love shines a light upon us, makes clear what within us is directed at Him and what is not. When a parent dies, for example, we turn to God not merely in the consolation of their eternal life (for who can know if our mom or dad went to heaven or to hell?); no, we turn to Him because His love burns away the lies we tell ourselves—that suffering is easy, that we can do this (alone), that He exists to serve our every need, as if we did not exist to serve His love.

The truest consolation—the only hope for our unfulfilled desire—is having our idols shattered, to be made dependent upon Him. As His creatures, we exist to serve, and in serving are brought to fulfilment; faced with our own inadequacies, with the imperfections of a world of seemingly endless suffering, our hope is not in the betterment of things broken, but in recognizing our own smallness.

My disease is not going anywhere. My mother is not coming back. My ex-girlfriend will not call me.

It is thus that Simone Weil can write:

That is why St. John of the Cross calls faith a night. With those who have received a Christian education, the lower parts of the soul become attached to these mysteries when they have no right at all to do so. That is why such people need a purification of which St. John of the Cross describes the stages. Atheism and incredulity constitute an equivalent of such a purification.

And is this not true? St. John of the Cross, Mother Theresa, many a holy person I have met in my own life—they have experienced profound darkness, a total lack of consolation. And yet such joy! And yet such faith! And yet such love of neighbor!

Paradoxically, their spiritual desert, their feelings of distance, of separation, constitute an elevation, a destruction of their own idols; there can be no pride, no self-service, no hate in such divine darkness.

The majority of the pious are idolaters.

To ask of God as if He were ours to manipulate, to expect consolation: what good can come of this? 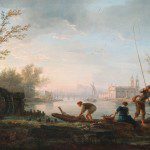 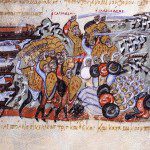 March 30, 2017 Christians, Muslims, and Jews, Oh My!
Recent Comments
0 | Leave a Comment
"Funny to me that Ludovici is someone who would believe in his own superiority and ..."
Eric The Religious Left and the Atheistic ..."
"This person defines and points out fascism, something that seems to make this commenter uncomfortable. ..."
gk90 The Medieval and the Fascist
"What if I find both Pezzulo and Skojec to be far more concerned of the ..."
Theodore Seeber When Virtue Becomes Vice and Vice ..."
"Dear Chase,I too have found that praying the Jesus Prayer to be enlightening. Just as ..."
Max Milian A Meditation on the “Jesus Prayer”
Browse Our Archives
get the latest from
Jappers and Janglers
Sign up for our newsletter
POPULAR AT PATHEOS Catholic
1