It’s always the end. Don’t believe me? Just ask the followers of Joachim of Fiore or the Jehovah’s Witnesses, or even, yes, Catholics today. Among my favorite places to find this sort of thing, there’s LifeSiteNews, whence I can count at least five recent articles either using apocalyptic language or actively flirting with the idea that it’s all about to end (one, two, three, four, and five). The fifth one is a particularly good example. Entitled “We are witnessing St. John Paul II’s prophesy of an ‘anti-Church’: Catholic priest,” complete with a picture of pixelated lightning over the Vatican (and right after Pope Benedict’s resignation—spooky!), the article really suggests the impulse in question well:

Clovis called Pope Francis’ influence within the Church a “great and true blessing” since the Pope’s ambiguous teaching have prompted the anti-Church to emerge from the shadows in clear view of all the faithful. This now gives the faithful a clear choice regarding which master they will follow.

A hidden conflict has been raging in the Church for over one hundred years: a conflict explicitly revealed to Pope Leo XIII, partially contained by St. Pius X, unleashed at Vatican II.  Under Francis, the first Jesuit pope, the first pope from the Americas and the first pope whose priestly ordination was in the New Rite, it is now full blown, with the potential of rendering the Church smaller but more faithful,” he said.

“At Baptism, we became members of the Church Militant and, at Confirmation, soldiers of Christ; we, therefore, have been recruited and armed for deadly combat against the three implacable enemies of our souls: the world, the flesh and the devil,” he said.

“Recognising that ‘we are not contending against flesh and blood, but against the principalities, against the powers, against the world rulers of this present darkness, against the spiritual hosts of wickedness in the heavenly places,’ we fight, like the Apostles, taking the martyrs for our models and Christ Jesus, Himself as our reward,” he added.

Francis-bashing, “the New Rite,” Vatican II, Church Militant, demonic enemies, it’s all here, all the beautiful indications that one has begun to play a very, very dangerous game, couched in the language of tradition, but almost by definition self-defeating. The piece itself does not predict the Apocalypse per se, but it read signs in ways that bring it terribly close.

Why is this a bad idea? Witness one of today’s readings in the Roman Church:

While meeting with them,
he enjoined them not to depart from Jerusalem,
but to wait for “the promise of the Father
about which you have heard me speak;
for John baptized with water,
but in a few days you will be baptized with the Holy Spirit.”

When they had gathered together they asked him,
“Lord, are you at this time going to restore the kingdom to Israel?”
He answered them, “It is not for you to know the times or seasons
that the Father has established by his own authority.
But you will receive power when the Holy Spirit comes upon you,
and you will be my witnesses in Jerusalem,
throughout Judea and Samaria,
and to the ends of the earth.”
When he had said this, as they were looking on,
he was lifted up, and a cloud took him from their sight.
(Acts 1:4-9)

Quite literally Christ’s last words to the Apostles are “it is not for you to know.” This, of course, is not the only time the Apostles—and thus we—receive such a warning. Again:

But of that day and hour no one knows, neither the angels of heaven, nor the Son, but the Father alone. For as it was in the days of Noah, so it will be at the coming of the Son of Man. In [those] days before the flood, they were eating and drinking, marrying and giving in marriage, up to the day that Noah entered the ark. They did not know until the flood came and carried them all away. So will it be [also] at the coming of the Son of Man. (Matthew 24:36-39) 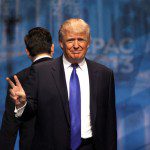 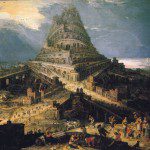 June 6, 2017 The Fatal Flaw in the Pro-Life Movement
Recent Comments
0 | Leave a Comment
Browse Our Archives
Follow Us!