How to Avoid Cafeteria Catholicism and Champagne Socialism

How to Avoid Cafeteria Catholicism and Champagne Socialism May 10, 2017 Chase Padusniak

For years the expression “cafeteria Catholicism” has been used to describe an approach to the faith in which individual Catholics pick and choose the teachings of the Church they wish to believe or reject. In this view, the Church’s teachings, like food in a cafeteria, have no particular importance: they are all available to satisfy the individual tastes of the consumer. The more savory teachings can be chosen. The more bitter ones left behind.

It’s easy enough to see how this could be applied to one’s opponents. Certain American Catholics will accuse their confreres of being pro-choice, supporting contraception, etc. Undeniably, this is a form of Cafeteria Catholicism. But, cutting the other way, many on the Left (or even merely many left-liberals) accuse their ideological opponents of ignoring established Christian teaching on things like usury, unbridled markets, etc. The term can be flipped, applied across the aisle at will, each seeing the other’s manifestation of Catholicism as intrinsically self-serving, or at least deluded.

The accusation is thus not difficult to make. But in what sense can the term be applied to all of us?

True faith is a complete act of trust in God and in his divinely founded Church. Cafeteria Catholicism, by definition, chooses to trust the individual rather than God. If we truly wish to dwell in the house of the Lord, both now and in eternity, then we ought to trust God’s judgment over our own. The God who can neither deceive nor be deceived promises us far more than anything we may find in a cafeteria of our own desires.

Find me a man who perfectly keeps the Commandments and I will sell you a most-beautiful bridge. This is, of course, a diminished sense of “Cafeteria Catholicism;” it implies struggle throughout one’s life psychologically and physically, not an overt choice to ignore teachings. I know, for example, that I long had issues coming to grips with papal infallibility. I know otherwise orthodox and loving Catholics who seem to struggle with obedience to a pontiff with whom they disagree. And that’s not even noting praxis: how many of us spend our days filled with joy, our nights in solitary prayer, our weekends in soup kitchens and slums? I know I don’t.

In my own conversion, Catholicism was attractive precisely because it provided such guidance; it made sense out of how to live. I said to myself: if God exists, if He is really real, then my entire life must change. When truth is glimpsed, assent—call it conversion—follows. The inner change cannot remain intellectual; it necessitates action, a shift in the very fabric of one’s lived experience. And yet, I fail every day.

There exists a parallel here with “Champagne Socialism.” Often this term merely denotes a wealthy left-leaner whose spew about equity doesn’t match up with his or her lifestyle.

It’s bound up with certain tropes about the left with significant populist appeal that the right are fairly skilled in using for political advantage. While in Britain the cork-popping in public squares recently may have brought a new meaning to the term champagne socialist, it’s usually associated with condescending derision of the left in relation to purported hypocrisy and self-deception.

This sense corresponds to the pick-and-choose variety of Cafeteria Catholicism referenced above. You get a taste for egalitarianism, but have no interest in actually practicing it. You end up picking and choosing not just which form of socialism to which you ascribe, but even what that requires of you.

But there’s another sort, corresponding to the lifelong struggle variety of Cafeteria Catholicism. No individual socialist, or even simply Leftist, thinks that his or her life is going to effect the change necessary to bring down capitalism. The ideology assumes struggle, not just with other classes, but with oneself. You could always be doing more: attending more rallies, founding more co-ops, writing more articles for Jacobin or Viewpoint. The struggle goes beyond the individual’s life; it necessitates generations of engagement, and a constant awareness of one’s own material privileges and the ways those might better be shared with others—at both a personal and a social level. No honest socialist can say he or she has perfected such an art. 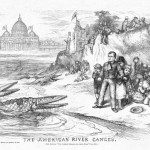 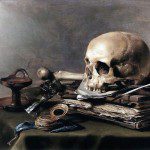 May 11, 2017 Ecclesiastes Is All We Need
Recent Comments
0 | Leave a Comment
Browse Our Archives
get the latest from
Jappers and Janglers
Sign up for our newsletter
POPULAR AT PATHEOS Catholic
1