If the Church Condemns Socialism, She Condemns Modern Conservatism

My title is very clearly provocative. So let me add a bit of nuance: if the Church condemns socialism, She also condemns Liberalism in general—both in its center-left (e.g. John F. Kennedy, Joe Biden) and its center-right (e.g. Newt Gingrich, Paul Ryan) varieties. Or, to be more precise: She condemns 90% (I’m guesstimating) of state and federal American politics, perhaps, one might say, America itself.

To understand what I mean here, it will be necessary to put away how the term “liberal” is most often used in the contemporary United States. “Liberal” and “socialist” are treated as synonyms; often the first is regarded as a polite identification for the second, a mask of sorts.

But this is not the historical definition of Liberalism, and it is not the one with which most people (including most popes) have been familiar (this changed somewhat recently—more on that below). The Encyclopædia Brittanica offers a good starting point for our analysis:

Liberalism, political doctrine that takes protecting and enhancing the freedom of the individual to be the central problem of politics. Liberals typically believe that government is necessary to protect individuals from being harmed by others; but they also recognize that government itself can pose a threat to liberty. As the revolutionary American pamphleteer Thomas Paine expressed it in “Common Sense” (1776), government is at best “a necessary evil.” Laws, judges, and police are needed to secure the individual’s life and liberty, but their coercive power may also be turned against him. The problem, then, is to devise a system that gives government the power necessary to protect individual liberty but also prevents those who govern from abusing that power.

Lest I be thought to be pulling a fast one, even libertarians agree with the Encyclopædia’s definition. Libertarianism.org, for example, makes use of Edwin van de Haar’s work to classify classical liberalism, social liberalism, libertarianism, and conservatism as the four predominant forms Liberalism takes today:

Note here that in principle each of these emphasizes human freedom and its relationship to government. Liberalism on the whole might be said to ask the question: at what point does human freedom end in its relationship to ordained power? Each of these ideologies—including, let’s not forget, conservatism—offers an answer to this question. There are, of course, illiberal, traditionalist forms of conservatism in the U.S. today (notably among Catholics and Orthodox), but such currents are not our concern at the moment—their numbers are fairly negligible, and, insofar as they vote for either the GOP or the Democratic Party, they vote “liberally” (as almost all of us do, given our options in the U.S. today).

Liberalism carries with it specific discourses, that is, ways of speaking—a vocabulary if you will. Terms like “freedom of speech,” “freedom of the press,” and “freedom of religion.” While certainly some forms of social liberalism may launch “assaults on free speech” at universities as far as conservatives are concerned, such “liberals” do not disavow the concept entirely. In other words, a conflict over the definition of “free speech” does not disqualify social liberals from taking up the mantle of Liberalism.

Take, for example, Stanley Fish, a noted professor and public intellectual, who has repeatedly attacked the idea that universities ought to traffic in freedom of speech:

That leaves us with free speech and here the big mistake (again made by students, some professors, and all commentators) is to think that free speech is what universities are all about; to think that universities are in the business of protecting and encouraging free speech. No, they aren’t. Universities are in the business of advancing knowledge about the many subjects taught and researched within their precincts. In relation to that task, freedom of speech is not an absolute and trumping value; it is a tool that may or may not be in the service of the prime value the university stands for and instantiates — the value of following the evidence to wherever it leads, the value of open academic inquiry.

A distinction is key here: Fish thinks universities are private (messier if public, but still) bodies with the ability to regulate themselves and decide which sorts of discussions ought to be allowed and which should not be. He is not saying that free speech is unimportant; in fact, at the popular level, I am sure he would say that those with unorthodox, even unacceptable, opinions are free to voice them on social media, in books (if they can find a publisher), and wherever else is open and in the public square (in fact, I heard a supporter of his opinion above say just that in a lecture today). This is an avowedly Liberal position (e.g. the private freedom of the university is to be distinguished from public discussion about issues). Fish’s definition may be different from that found among most modern conservatives, but it still prioritizes freedom in a way central to Liberalism as a whole. 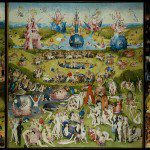 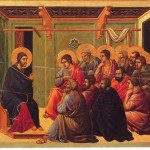 July 10, 2017 An Interview with Yours Truly on NPR
Recent Comments
0 | Leave a Comment
"I still find his thoughts on supermen versus slaves to be monstrous."
Ame Nietzsche and Me
"How can an institution say they are Christian, and yet not embrace fair employment practices?This ..."
fractal Abusing Religious Liberty
"I’m an adjunct faculty member at two Montréal universities. Particularly in the case of Concordia ..."
Shaun G. Lynch Abusing Religious Liberty
"WOW. "The court's decision has made it possible--even economically advantagious--for Catholic universities to sin." Bravo ..."
Jane Harty Abusing Religious Liberty
Browse Our Archives
Follow Us!