A Meditation on the “Our Father”

A Meditation on the “Our Father” September 5, 2017 Chase Padusniak

I’ve written on the “Our Father” before, but in that case only to bring out one particular dimension of the text. The last few days, however, I’ve been trying (unsuccessfully) to pay meaningful attention to each line, if not each word, of the prayer, to do something like what Simone Weil describes here:

Until last September I had never once prayed in all my life, at least not in the literal sense of the word. I had never said any words to God, either out loud or mentally.
Last summer, doing Greek with T-, I went through the Our Father word for word in Greek. We promised each other to learn it by heart. I do not think he ever did so, but some weeks later, as I was turning over the pages of the Gospel, I said to myself that since I had promised to do this thing and it was good, I ought to do it.

I did it. The infinite sweetness of this Greek text so took hold of me that for several days I could not stop myself from saying it over all the time. A week afterward I began the vine harvest I recited the Our Father in Greek every day before work, and I repeated it very often in the vineyard. Since that time I have made a practice of saying it through once each morning with absolute attention. If during the recitation my attention wanders or goes to sleep, in the minutest degree, I begin again until I have once succeeded in going through it with absolutely pure attention.

Sometimes it comes about that I say it again out of sheer pleasure, but I only do it if I really feel the impulse. The effect of this practice is extraordinary and surprises me every time, for, although I experience it each day, it exceeds my expectation at each repetition. At times the very first words tear my thoughts from my body and transport it to a place outside space where there is neither perspective nor point of view. The infinity of the ordinary expanses of perception is replaced by an infinity to the second or sometimes the third degree. At the same time, filling every part of this infinity of infinity, there is silence, a silence which is not an absence of sound but which is the object of a positive sensation, more positive than that of sound. Noises, if there are any, only reach me after crossing this silence. Sometimes, also, during this recitation or at other moments, Christ is present with me in person, but his presence is infinitely more real, more moving, more clear than on that first occasion when he took possession of me.

Well, maybe not quite. I wasn’t expecting to get ripped out of my body or have any sort of mystical experience in the strongest sense (though all contemplation is, in another sense, mystical). Mostly I wanted to pay attention to what I was saying as absolutely as possible.

My thoughts here, for the record, are fairly brief; they’ve been distilled down as I’ve attempted to discern the “essence” of the prayer (at least to some extent). I have not reached its essence in any way, though I hope these notes may prove uplifting to some. That will be enough.

Besides, you can imagine I have no expectation of outdoing Simone Weil’s (not to mention others’) lovely meditations on this central Christian prayer.

For reference, here’s the text of the “Our Father” as I pray it:

Our Father, Who art in heaven,
Hallowed be Thy Name.
Thy Kingdom come.
Thy Will be done, on earth as it is in Heaven.
Give us this day our daily bread.
And forgive us our trespasses,
as we forgive those who trespass against us.
And lead us not into temptation,
but deliver us from evil. Amen. 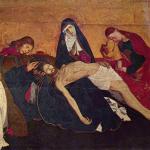 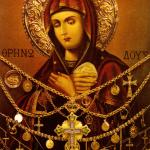 September 7, 2017 A Meditation on the "Hail Mary"
Recent Comments
0 | Leave a Comment
"Funny to me that Ludovici is someone who would believe in his own superiority and ..."
Eric The Religious Left and the Atheistic ..."
"This person defines and points out fascism, something that seems to make this commenter uncomfortable. ..."
gk90 The Medieval and the Fascist
"What if I find both Pezzulo and Skojec to be far more concerned of the ..."
Theodore Seeber When Virtue Becomes Vice and Vice ..."
"Dear Chase,I too have found that praying the Jesus Prayer to be enlightening. Just as ..."
Max Milian A Meditation on the “Jesus Prayer”
Browse Our Archives
get the latest from
Jappers and Janglers
Sign up for our newsletter
POPULAR AT PATHEOS Catholic
1