Thanks Be to God—Another Winter

Thanks Be to God—Another Winter January 23, 2020 Chase Padusniak

It’s winter again and I should have far more of my dissertation submitted than I do; it’s almost time to start teaching, almost time to spend five minutes twirling a cigarette, wondering why, once again, I thought this would be a good idea. Depression reigns now, people say. Our anxieties burn up inside frigid bodies afraid to move. So, we invest in mood lamps; we drink hot chocolate.

But not even. Hot chocolate has a Yuletide charm, but that season is now passed. No, we’re now in the dead of winter—the long stretch after the excitement of New Years, lasting through the barren, psychotic weeks of February, and, here in New Jersey, into March. Those images of winter that we treasure—gingerbread houses, fluffy snow, dimly-lit churches at midnight, offering intimate warmth in the midst of the cold—these have passed away; all that remains is a desiccated husk, the yellowed grass and bare trees. The wind, the only thing that seems to move, offers not escape, but battery.

And yet, like G.M. Hopkins, I will raise my voice in praise—not for dappled things, but for the low moments in life, for times of bitter cold and sunken spirits. I have experienced many trying times: when I was diagnosed with Crohn’s, when my mom died, the countless times I’ve let my temper get the better of me and alienated someone I love; the natural response always seems to be a species of self-hatred, a burning desire just to be hurt, then forgiven. It’s the classic childhood “I’m sorry. I’m sorry: now hit me!” It is a self-destructive impulse. Its ends are never true forgiveness or self-rejuvenation, but rather a venal inability to cope. When times get tough, one often gets tough on oneself. Old memories of mistakes and errors crop up, rushing into the forefront of the mind, giving one every excuse to belittle and berate.

This is dangerous. It ekes along, pushing one slowly, deeper and deeper, into the pit of self-hatred. It is the Virgil of Lewis’ Great Divorce, the sure guide to unrelenting self-enclosure. What presents itself as a righteous response ends up the oubliette of the self. God’s voice disappears; there is only the shrill whine of one’s own voice, ever accusing, ever castigating.

I have had many encounters with this demon. The most notable came around my sophomore year of college. I was drinking quite a lot with friends; we’d moved in next to each other so we could be together most of the time. At first, this was fun, but eventually reality set in. Fights broke out, something I often caused and always exacerbated. Sometimes we wouldn’t talk for a few days, other friends might try to mediate—that sort of thing. After this had happened maybe a dozen times, it hit me: I couldn’t simply apologize, pressing my “sorrys” upon them endlessly as if that fixed anything. I couldn’t expect forgiveness, nor could I earn it from self-flagellation. A kind of stoicism set in. Not on the Silicon Valley model, but on that which any sane person must sometimes employ. We steel ourselves against ourselves; we refuse to hear the despotic and tormenting inner voice.

In time, things got better; they never fully recovered, but now I can look back on those times with limited regret. I’m not so sure that’s how I would feel if I had made matters worse through the insane machinations of inner disgust. My perseverance has meant the grace of peace. In that case, anyway.

January 22, 2020
Progressive in the Sheets, Centrist in the Streets
Next Post 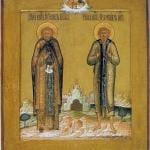 February 3, 2020 Living Saints: Leszek
Recent Comments
0 | Leave a Comment
Browse Our Archives
get the latest from
Jappers and Janglers
Sign up for our newsletter
POPULAR AT PATHEOS Catholic
1

The Grace of God in Scrambled...
Steel Magnificat
Related posts from Jappers and Janglers