When a messiah disappears believers have a bit of a problem on their hands: this guy came to save people, establish justice, and (usually) end the world, and now he’s with us no more—what to do? What to do? He can’t have failed, after all (if he did then, like the followers of Bar Kokhba, his people probably disappeared into the morass of history). The most common answer is occultation, that is, actually he’s alive and doing fine, he’s just hidden and waiting for the right moment to pop back into view, like 2Pac in Cuba or JFK Jr. in Dallas. This is (in caricature) the answer of certain strains of Shia Islam to the disappearance of the 12th Imam. It’s how some Chabad folks react to the aged death of the Lubavitcher Rebbe. There are, however, other approaches. Jacob Frank claimed to be the reincarnation of Jewish messiah turned Islamic convert turned exile Sabbatai Zevi. The famed Revered Moon might be said to have taken a similar tack.

But for my (admittedly biased) money the best answer is among the most famous: the death and worldly failure were the point. The Gospels are at pains to hit any doubters with a big old “well akshually.” Paul famously preached Christ crucified, not Christ in mystical occultation. The longstanding snipe at Christians is: “what kind of god lets himself die?” To one formed in Christianity the obvious answer is: “what sort of god doesn’t?” Vulnerability, suffering, love—hell, let’s say comradeship—all very enticing.

Mark Dornford-May’s Son of Man (2006) is a movie that gets this fundamental insight and takes things a few degrees further. This largely Xhosa-language film retells the rudiments of the story of Jesus of Nazareth as if they occurred in a modern African nation called Judea. The country is ruled by a military junta under the foreign General Pilate (who seems to represent the interests of a coalition of nearby African states that have occupied the country to impose order). Local rebels fight back in the name of autonomy. Jesus grows up in this desperate landscape, hemmed in on all sides by violence and competing allegiances.

The writers (Mark Dornford-May and Andiswa Kedama) select their Gospel passages very carefully to indicate the depravity and helplessness of life under occupation. Matthew’s Massacre of the Innocents, for example, becomes little more than an anti-insurgency operation in which culling young boys is meant to strike terror, retaliate for attacks, and impose (and underline) control. Luke’s census, in his Gospel a foreshadowing of Jesus’ global mission, here is an excuse for authorities to intimidate and spy on helpless farmers and shopkeepers. Luke and John’s famous foot-washing and anointing scene becomes a note on national reconciliation (this is a South African film after all), an attempt to indicate where forgiveness begins and ends when one’s lifetime has seen nothing but the gore and resentment of tit-for-tat brutality.

The film’s gorgeous soundtrack and constant, jubilant infusion of Xhosa music and dancing into a work filled with relentless violence and bloody insurgency creates an uneasy tension between feelings of hoped-for redemption and all-too-real suffering. Early on, for example, Mary (Pauline Malefane) runs from troops through body-strewn streets, looking for anywhere to hide. She ducks into a school only to find a classroom littered with children’s corpses. Hearing the gunfire getting closer and closer, she lays down alongside the bloodied, lock-jawed children, praying she too will seem like them. This moment, of all things, turns out to be the Annunciation, in which a boy angel announces that she will bear the Son of God, backed up by a triumphant Xhosa chanting and Christian hymns. Jesus’ moment of conception is in the charnel house of mass death, among the starved bodies of dead kids (not unlike in, say, modern Yemen), accompanied by hopeful, not defeated, music. Such is the tone of the whole film: there is glory in peace and hope in pain, not because either is easy and not because things will certainly work out, but because there is nothing other than that hope (or get angry and violent and get killed). You trudge on and everyone dies, day by day—not much to do but mourn and wish.

This tension comes into full view when Jesus (Andile Kosi) dies. Not long before he’s arrested (really kidnapped) by the government, he meets with a major insurgent leader who has just signed a truce to join a provisional government with General Pilate. He says he won’t have Jesus mucking this up with his preaching against corruption. Jesus retorts that Pilate is just using the leader, that his job is to give a legitimate face to this foreign occupation. Son of God or not, Jesus does seem to be right, and he soon finds himself disappeared, interrogated, and beaten to death in a lonely shack on a dirt road, surrounded by no one but the heavies who are taking his life. Dornford-May underlines the utter typicality of such sudden disappearance and drawn-out, pain-filled murder by cutting quickly from claustrophobic interior shots of Jesus’ interrogation to a long shot of the old shack just as the beating starts and flesh meets flesh and screams start emanating. Just another day under occupation. Just another day stuck between local and foreign corruption. Pick your poison.

Unlike many of the disappeared, his body is found. Hence, we get a “crucifixion,” in which his mother and some disciples place him on a hill, a testament to resistance, a martyr, an instant magnet for dissatisfaction and even jubilation (of a kind). The authorities, feeling threatened, break things up, and we’re left with a resurrected Jesus counseling the continuation of his work.

Son of Man is punctuated by English-language newscast footage, filling in general thrusts in the plot, yes, but also reminding us how we over here discuss “these things,” how the three-sentence summaries and belabored journo talk do nothing to describe the realities of seven-foot piles of dead school children and shallow graves full of brothers, sisters, mothers, and fathers. They certainly reflect nothing of our role in the way things are in places like much of Africa (though not just on that continent). This film never lets us look away from that, never releases us from the violence upon which our luxury and historical ignorance are predicated. For that alone, it deserves a watching—throw Jesus in the mix, and well, you’ve got a hell of an Easter movie: 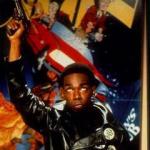 April 14, 2022
Straight Eye for the Queer Gal for the Straight Guy
Next Post 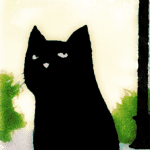 April 29, 2022 Disaster, I Flirt with Thee
Recent Comments
0 | Leave a Comment
Browse Our Archives
Related posts from Jappers and Janglers 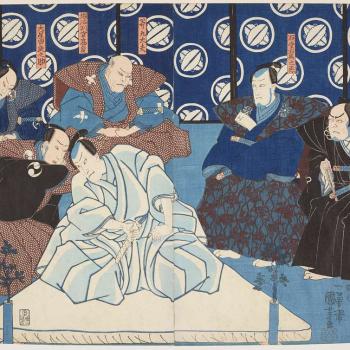 Catholic
Only The Bad Sleep Well
Jappers and Janglers 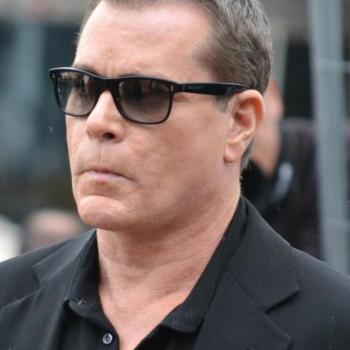 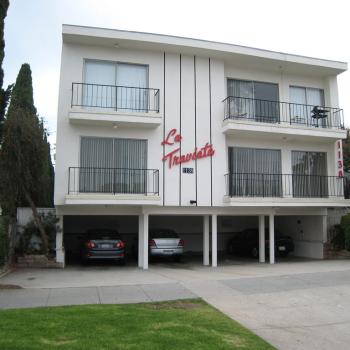 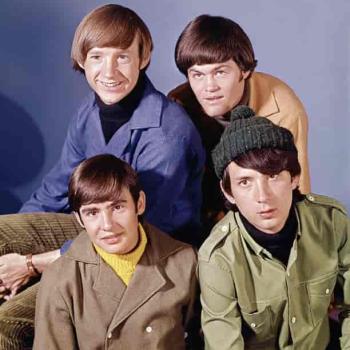 Yesterday, I Skipped Mass for My Moral and...
I skipped mass yesterday.  It was the best decision I’ve made for...
view all Catholic blogs
What Are Your Thoughts?leave a comment
Copyright 2008-2021, Patheos. All rights reserved.
Close Ad