Move Over Hell, VR Is (Allegedly) Here to Stay

I am the wrong person to review this movie. As long as I can remember, I have had a controller in one hand and an axe for robot murdering in the other. Buried in my bones is a feeling that the digital world—whether always or merely as it exists now, and who can tell the difference at this stage—is a product and a consequence of our alienation. I saw through Google Glass. I still rarely use Google Docs (I didn’t say I was always right in my prejudice). And I most certainly have nothing but horrific expectations for “virtual reality” (a Bernaysism if I’ve ever heard one. Maybe we can start calling ground-up lead paint chips “virtual nutrition”).

I am a craven petty man. But, in taking on We Met in Virtual Reality (2022), I girded my loins and tried to put aside my biases. “You are not the sum of the world,” I said to myself over and over, my wife staring, one eyebrow raised, wondering why I hadn’t hit “play” after five minutes of sitting there. At first, I held out hope. I swear to you, reader, I did. Only a few minutes in the camera holds on a bizarre up-skirt shot someone has pasted to their own in-world locker, a suggestion, perhaps, that something is amiss. But no. I have no idea why the camera trains for so long on that disconcerting little constellation of pixels. The rest of the thing is Riefenstahl for VR chat—nothing to see here.

The entire movie is filmed in the virtual reality world, and, for this, first-time director Joe Hunting must be applauded. He occasionally catches real glimpses of beauty in a world that otherwise can’t even compare to graphics c. 2008. His subjects are all members of a full-body suit VR community dealing (at the time) with the early days of the pandemic. We meet a non-binary volunteer ASL teacher, a deaf cat boy playing an anime cat girl, a Brit and a Scarface impersonator from Miami who have fallen in love, and a man with a long beard who plays a hot dog. Each is articulate and at ease being emotionally vulnerable, letting us know just how much (as we hear from a Bayonetta rip-off at a VR New Years Party) the “game” has saved their lives.

I have no doubt it has. And I am thankful for that. I am thankful that people who otherwise attempted or were flirting with self-harm have somewhere to belong. I am delighted people are learning to dance and sign. I have nothing against long-distance relationships. The problem Is not this attempt at empathy; it is the rank manipulation and total lack of anything resembling a critical eye. If you told me Mark Zuckerberg had paid for the entire thing, I would not only believe you, I would tell you that that’s so patently obvious you should be ashamed of yourself.

We can see this at the micro- and macro-levels. In the former cases, it almost seems like Hunting knows what’s up and can’t help himself. At a VR wedding ceremony, the bride comes out as a new avatar with expanded assets in every sense of the term. She and her husband float down the aisle somehow both jerkily and far too smoothly like drunk witches on untrustworthy brooms. During moonlit trysts, avatars’ hands pass through each other, as do their lips, eyes, and noses. Many, many stilted male voices come out of buxom demon hotties in underwear. At one point, we hear a voice ask how to sign “similar,” only for the camera to pan and find Kermit the Frog. The world is filled with these little imperfections, oddities, and humorous blips but Hunting never seems to emphasize or even regard them. Instead, we get totally serious portrayals of VR strip clubs and are expected to tear up as pixels flicker and make 90s CGI look like God himself did the designing. But addressing the limitations of the tech (or, God forbid, who made it and keeps it going) might detract from the story as intended.

The larger-scale issues are even more concerning. Over half of those interviewed seem to be women or non-binary in real life. And yet, whenever we are in a more public setting the male voices dominate 100-1 (a rough guesstimate, mea culpa). Our spokespeople are all very articulate, while some of the side characters we meet seem less so. We hear tiny bits about inconsiderateness and even harassment, but this is never explored. We learn that people have found refuge here, but never hear about why their lives have been so hard or how technology and the alienation so robust under 21st-century capitalism may have played a part in their anxiety and depression. We don’t hear about how these communities changed once lockdown was up; we never hear anything about how retreating into this world may have damaged their social lives in real life (our protagonists all seem to have relatively robust real lives—though it’s not clear this is true for all users). We never hear anything about why 95% of avatars are some variant of an anime girl fused with an animal, but made sexy (one needn’t judge it to think it’s worth asking how one such community could be so uniform). We never hear about the tech itself and who is pushing it. And, perhaps worst of all, we never, ever hear anything about how the real world intersects with the VR one, never in the slightest way are asked to consider why people might seek out VR dancing rather than going to a local dance class or why people might prefer to virtually strip for fake money rather than play a more traditional video game or get a drink with a friend.

I try to keep in mind a Žižek quote played at the end of the excellent Parallax Views podcast: (paraphrasing) we must always be of two minds about the future, not fetishizing some supposedly more authentic past or buying into some simplistic techno-progressive future. If I am prone to the former, this movie is a gigantic exercise in the latter. I’ve at least tried to temper my prejudices. What’s this film’s excuse? 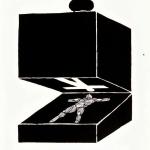 August 26, 2022 Wake Me Up When I’m Rock Hudson, then Kill Me
Recent Comments
0 | Leave a Comment
"One of my favorite movies."
Ame Hallmark’s Manic Pixie Dream Girl
"I'd the Pope Catholic? I find a good deal of the 'Biden is not a ..."
Daddy Sockdragger Is Biden Catholic?
"Extending a bit from Howard's point, I note the article doesn't mention the ground zero ..."
Daniel Johnson Who Founded the Catholic Church?
">Peter was the first bishop of Rome after all.No, he wasn't. In Paul's letter to ..."
Michael Totten-Nigh Who Founded the Catholic Church?
Browse Our Archives
Related posts from Jappers and Janglers 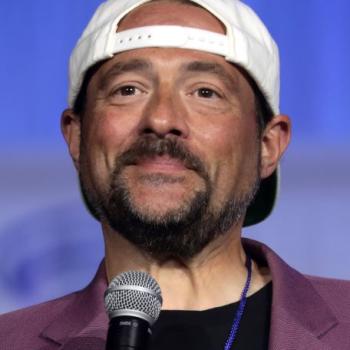 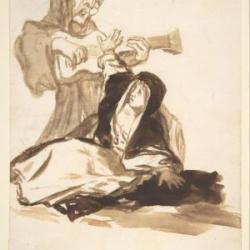 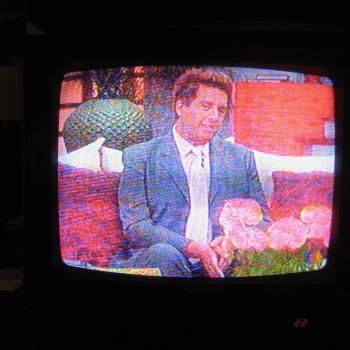 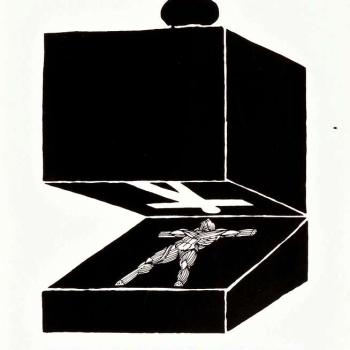