Identikit (1974, also called The Driver’s Seat) sets its terms of engagement from the very first shot. We see a room crammed with mannequins, populated by Lise (Elizabeth Taylor) and another woman. Lise has tried on a splendidly colorful outfit (whether garish or expressive, I cannot say—perhaps both) and proceeds to examine her new look in a full-length mirror. The saleswoman spouts off about how wonderful the clothing is, the tried routine of post-purchase praise—praise, that is, until she lets one thing slip, something innocuous, beneficial even, brief, a wisp of air, an anodyne add on. The fabric has been stainproofed. Lise flies into a fury, berating the worker until the manager is called over. She tears off the offending blouse and skirt, shrieking “WHO TOLD YOU TO MAKE IT STAIN PROOF?” Calm only returns slowly as the manager informs Lise that they still have the normal version. She can just have that— no harm, no foul.

Now, I am no expert on Liz Taylor. I came to film somewhat late in life and spent a lot of time collecting and appreciating (whether good or not) the classics. The canon, I’m sure, contains plenty of her movies. But there were, reader please understand, others to catch up on—I had to sound smart in front of the other, more mature inveterate cinephiles. They didn’t talk Liz Taylor.

From what I gather from both residual cultural consciousness and a bit of reading, however, is that this Lise character is not her typical fare. Sure, she’s played Cleopatra, a seductive figure, but a heel (to use the terminology of professional wrestling), precisely because she deploys her feminine wiles to get what she wants. Elizabeth Taylor was beautiful anyway—how could she not end up playing characters like these from time to time? But Lise is different. She is a mystery, unstable, irreverent, operating according to some logic we constantly feel on the cups of discerning, but only in the very end do we actually apprehend. She is gorgeous, but constantly declines sexual activity; she is quiet and focused one minute, belligerent beyond all reason the next. Above all, she is obsessed with the lusciousness of her new outfit, pied and disdained by the neutral, sensible dresses and suits around her. Lise is unmoved, though always on the move. Panicked and stressed, she has a serenity of mission we admire.

This juxtaposition of actress and character draws the viewer in immediately. Within seconds, I was asking “what is going on,” a question I’d find myself repeating for the rest of the movie’s runtime. The viewer is anchored to Lise and follows her as she begins a trip from the UK to some warmer clime (we later determine this to be Rome, though, as with most things, I don’t believe the film explicitly tells the audience). From an early tidbit of conversation, we learn that she is recovering from a mental breakdown. People seem to be chasing after her, as with every new person she meets we cut to a room where that person is being harangued by two men—interrogations of some kind, and, as we eventually learn, the police. Is Lise then some sort of spy? Is her trip a series of flashbacks? Or has she somehow eluded the police just then, slipped away, leaving the person she met to be asked about her.

Matters are made weirder by her behavior once she begins her trip. She sits next to two men on the plane, one of whom insistently and grotesquely hits on her, the other, with whom she actually wants to talk, screeches that he has to get away from these people and moves seats—to one flight attendant’s chagrin—mid-take off. After arriving, she meets an English aristocrat (Andy Warhol) and seems drawn to him. But she’s snatched away by the creepy guy from the plane, Bill (Ian Bannen). As a result, she finds herself stuck in the car with a man who keeps rice in his pants and praises his “macrobiotic diet,” telling her she’ll come around to the truth. She wants to be taken to a specific hotel (is she meeting someone?), but he has other plans and asks her to have sex, because, of course, he insists that his diet requires at least one orgasm a day!

Lise escapes. But this first attempted assault only gets the ball rolling. Over and over again in Identikit, men in Rome try to woo or worse Elizabeth Taylor’s character. They go so far as to persuade her, threaten her, restrain her—whatever it takes. But Lise always gets away, offering that she needs to do something, that she can’t have sex until she discovers this mysterious object or person. Mystery abounds and we receive no obvious answers.

Of course, we do eventually learn what her plan is. I won’t give it away. But the suspense Identikit builds grips the viewer, or at least gripped me, and introduced me not just to Elizabeth Taylor, but to an older, different Liz. That alone makes me grateful for having found it. That’s not all, though.

The film is directed by Giuseppe Patroni Griffi, whose style is reminiscent of the gialli of Dario Argento, or, to a degree, Mario Bava. Scenes can be very long indeed, and strange angles are a constant, livened up by Lise’s striking outfit amid a sea of modern conformity. Style matches content here, as the camera aestheticizes, beautifies everything from basic apartments to playgrounds and airports—and the city of Rome itself. But this beauty is troubled, suspending, enthralling, but in a malevolent, uncertain way, a temptation.

That is really the essence of the thing: it tempts us. Coherence, as with gialli, is not its strong suit, but the mood Griffi produces is unparalleled—titillating, engrossing, confusing, maddening, complete. Call it an Italian The Parallax View (1974), a product of conspiratorial thinking and mania amidst chaos. But here politics are focused through a person, the distillation of an era losing its mind. Is that so different from today? Identikit, it seems, is more relevant today than it has been for 40 years. Enjoy. 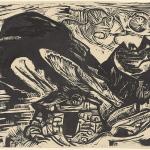 October 22, 2022
The Total Stranger: Your Best Friend
Next Post 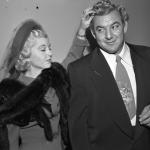 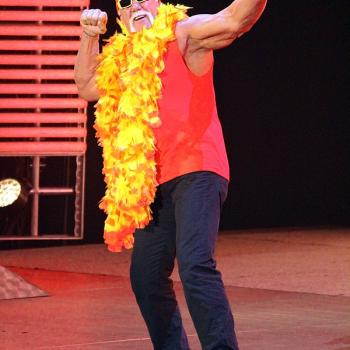 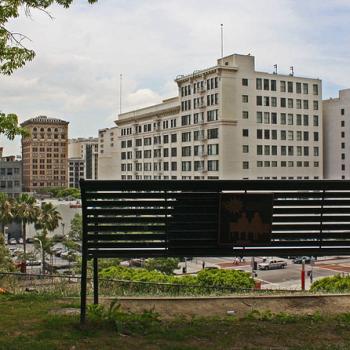 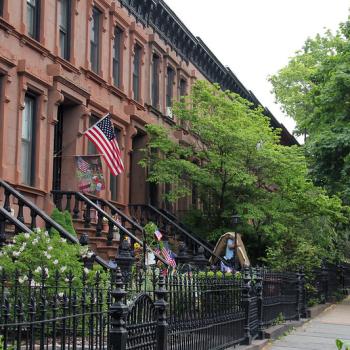 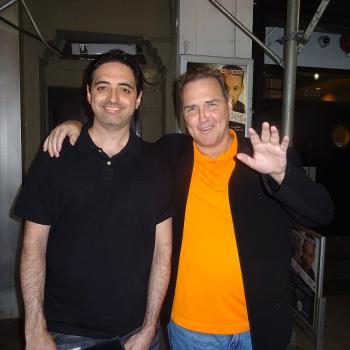