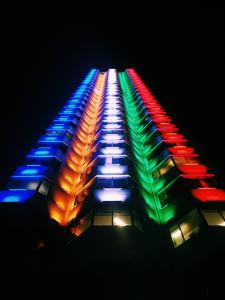 I have been watching the Olympic procession of athletes for the Winter Olympic in Torino, Italy. It always amazes me to see how the opening ceremonies are presented. As I watch the torch is being lit. This traditionally starts the Olympic Games.

But before the big lighting of the torch, there were these ceremonial rituals. First came the procession of the athletes from each nation. They were wearing colors of their country, as well as their flags. One by one they marched in until the last country – Italy the host country – came to the stadium.

Following the procession came some entertainment, and then a greeting or two from the Olympic officials. Yoko Ono came on stage to encourage people to promote peace. (I found this part of the ceremonies a little cheesy – John Lennon’s “Imagine” is the not best song to sing at the Olympic Games.)

Pavarotti has come to sing after the lighting of the torch. Now that guy can sing. I have no idea what he is singing (it is something famous, I am sure) but it sounds beautiful.

But I digress from the point of this illustration. The Olympic parade is only a shadow of the procession we will see in heaven. On earth, we celebrate the gifts of men, but in heaven, we will celebrate the greatness of God. On earth, we sing and cheer about the hopes of glory for every athlete. In heaven, we will sing and worship God for all He has done.

Just as everyone from every tribe, nations, language comes together and shares in the celebration, the same will happen for every Christian for eternity. While every nation is invited to come to the Olympic Games, only those whom God has chosen – those who have themselves decided to follow God’s Son Jesus Christ – will join the eternal celebration.

Photo by Chris Liverani on Unsplash

February 11, 2006 Fasting is Feasting on God in Prayer
Recent Comments
0 | Leave a Comment
Browse Our Archives
get the latest updates from
Jim Erwin
and the Patheos
Evangelical
Channel
POPULAR AT PATHEOS Evangelical
1 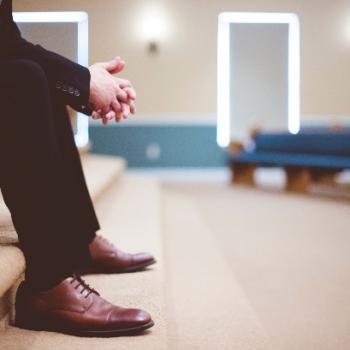 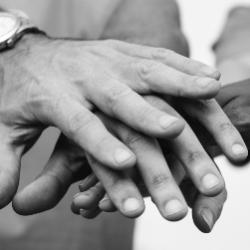