Is Gender an Option?

Is Gender an Option?

“A woman shall not wear anything that pertains to a man, nor shall a man put on a woman’s garment, for all who do so are an abomination to the LORD your God.

I watched a “Larry King Live” show last week (and it came again Sunday as a repeat)on CNN on the theme trans genders. There is a current movie out called “Transamerica” about a man who tries to become a woman. (You can find the transcript to this show here.) First, let me give you some terms:

Tran sexual – someone who tries to physically change their gender.

Transvestite – someone who likes to dress up like someone of the opposite sex.

After watching this show, I learned a couple of things. For example, a Trans woman is a man who wants to be a woman. A Trans man is woman who wants to be a man. During the interview, everyone who was interviewed mentioned that this desire to change genders was an issue of identity. They did not like to identify themselves with the body they have.

After this intriguing interview, I thought to myself: “Is Gender an Option?” Can my gender be a choice for me? If it is technically possible to change my gender appearance, is it ethical to do so?

Of course, I remembered this verse in Deuteronomy. When I was younger, a pastor told me this was why some Baptists would not let women wear jeans. This verse prohibited cross-dressing, and in his context, that meant that women could not wear jeans. I thought laughable at the time.

There are some things God gives us that form part of our identity. Some can be changed, and some should not be changed. I believe that God gives us a gender and that your gender defines partly your humanity. When God made humans male and female, He was saying much about identity.

The one comment that was made by these people who decided to change their gender is the fact that they cannot change the reproductive functions of their bodies. This means that a man who decides to change his gender to a woman cannot get pregnant. Although a woman can produce male reproductive parts, they don’t function as reproductive parts. The fact that a man cannot get pregnant is clear evidence that God makes the choice of gender. Perhaps it is not a good idea to go against God’s choice.

So a woman can change her appearance, but not her identity. A man can change how he looks, but not his function as a man. Are we going against God’s design for us when we decide to change our gender?

Homosexuality and Transgenderism are both symptoms of an desire crisis. Homosexuals is a problem of sexual orientation. The desire is a misplaced desire about others. The question that a homosexual has problems answering is “Whom do I like?”. Transgenderism is a problem of gender identity. The desire is a misunderstood desire about the self. The question that a transgender person has problems answering is “Who am I?”.

Is gender an option? The Bible would say no. Just because it is possible, that doesn’t make it beneficial. The identity struggle that a person goes through in trying to “change” who they are, instead of accepting who they are, is enormous. The energy spent on this desire to change gender is pointlessly spent. God wants us to be responsible with the gender that He has given us. God was very loving when he made me a man. God was very loving when He made a woman a woman. His unconditional love was displayed in our lives when he created us, even when He made me a certain gender.

Is it unconditional love to support your child when they want to change their gender? Maybe, but it is not responsible love.

February 28, 2006 Responsible Love and Anger
Recent Comments
0 | Leave a Comment
"I would of gone just I little further with the scripture that you mentioned so ..."
D.M.S. What Christian Growth Looks Like
"i really gain a lot of insight on how to defend marriage. This article was ..."
Nathan Andreas Mark 10:1-12 How to Defend Biblical ..."
"Excellent exposition, Jim -- Yes, and discernment is actually a free gift of the Spirit ..."
tovlogos What Christian Growth Looks Like
"Good analysis. For the generational gap the means of information doesn't change the content."
Jesse H 5 Major Fault Lines in the ..."
Browse Our Archives
get the latest from
Jim Erwin
Sign up for our newsletter
POPULAR AT PATHEOS Evangelical
1 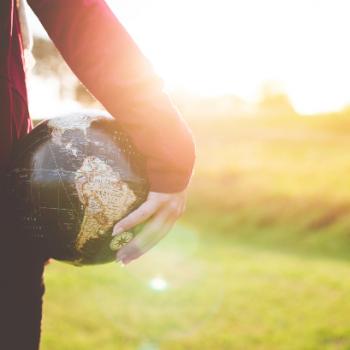 Evangelical
Resume My Journey God Has For Me
Jim Erwin 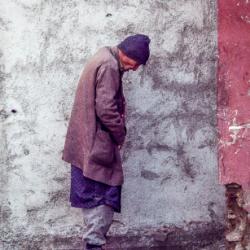