Definition of a cheerleader: An enthusiastic and vocal supporter.

Definition of an encourager: to spur on; to inspire, give courage, and share hope.

Many churches are in need of what every football team has: cheerleaders. The job of a cheerleader is to tell everybody “we’re going to make it.” No matter how bad things look on the scoreboard, there is still hope. Cheerleaders cheer all the way to the end of the game and will act as the team is winning by a big score even when there may be no way that a victory is possible. Their job is to be a cheerleader.

When folks come into today’s sanctuary with broken lives, they need to run into some cheerleaders, folks who are willing to cheer them on and tell them that they are going to make it.

CHARACTERISTICS OF A CHRISTIAN CHEERLEADER

A cheerleader helps to build bridges between people (9:27)

“Barnabas, however, took him and brought him to the apostles and explained to them how Saul had seen the Lord on the road and that He had talked to him, and how in Damascus he had spoken boldly in the name of Jesus.” (Acts 9:27, HCSB)

Just as Barnabas built bridges between Saul and the apostles, cheerleaders take the initiative to build bridges. Cheerleaders get people involved. They take them to the people, and then they vouch for their integrity, just as Barnabas did for Paul. A cheerleader in the church is a bridge builder.

A cheerleader is always looking for ways to promote the unity of the church, not divide the church (11:23)

“When he arrived and saw the grace of God, he was glad and encouraged all of them to remain true to the Lord with a firm resolve of the heart,” (Acts 11:23, HCSB)

Encouragers help people in the church stay focused on the vision, mission, and purpose of the church.

Cheerleaders lead the audience in the big high school game.

It’s the big high-school game. Between the goalposts, the cheerleaders have stretched a paper banner that says something clever like, “Win!” And what happens? The forerunner—the first guy out on the field—breaks through the banner, and the rest of the team follows behind him.

Jesus is our Forerunner. He’s the first one through the veil. And the whole team—you and I—get to come charging in behind Him.

Encouragement is like peanut butter on bread. If you spread it around, it just helps things stick together better.

Encouragement is not just making others feel better; it’s injecting courage into their veins so that they can remain steadfast to their calling. It’s challenging them to stay true. It says, “You can do this! Remain true to the Lord—you can make it!”

“As they were ministering to the Lord and fasting, the Holy Spirit said, “Set apart for Me Barnabas and Saul for the work I have called them to.”” (Acts 13:2, HCSB)

The Holy Spirit is the Encourager. The Holy Spirit is called the “Comforter” or paraclete in Greek in John 14:26. Anyone who wants to be an encourager of others must be filled with the Encourager as Barnabas was. Because of the Spirit’s presence in him, he could readily yield to the leading of God. Our own ego and drive for self-promotion is so strong that only the Spirit can bring about the transformation needed to accomplish God’s purposes. When we build up and encourage others, we know that God is at work in and through us.

“Then Saul—also called Paul—filled with the Holy Spirit, stared straight at the sorcerer” (Acts 13:9, HCSB)

“After the synagogue had been dismissed, many of the Jews and devout proselytes followed Paul and Barnabas, who were speaking with them and persuading them to continue in the grace of God.” (Acts 13:43, HCSB)

“Then Paul and Barnabas boldly said: “It was necessary that God’s message be spoken to you first. But since you reject it and consider yourselves unworthy of eternal life, we now turn to the Gentiles!” (Acts 13:46, HCSB)

Notice that the majority of the favor is shown to Paul. He confronts the sorcerer in Cyprus. Paul is the primary speaker in this transition in Acts. We don’t even hear from Barnabas after their exchange with John Mark in Acts 15:39. Notice where does Barnabas take John Mark? He takes John Mark back to an area where John Mark had difficulties. Why is that? Because being the mentor that Barnabas is, he wants to help John Mark work on his weaknesses, not just his strengths. This leads us to the next three characteristics of a Christian cheerleader.

A cheerleader looks for solutions and does not dwell on the problems (Acts 15:12)

“Then the whole assembly fell silent and listened to Barnabas and Paul describing all the signs and wonders God had done through them among the Gentiles.” (Acts 15:12, HCSB)

During their time in Antioch, the first place where people were called Christians, there was a disagreement. The disagreement was about customs in the church related to salvation. There was such a debate that Paul and Barnabas were sent to the apostles in Jerusalem to find a solution to the problem.

Instead of dwelling on the problems, Barnabas and Paul shared with the people how God was working through the Gentiles. As a result, the people started seeing solutions to the cultural problems, instead of focusing on problems related to tradition.

What does that mean? In this example, some people wanted to stay with the Jewish tradition. They were not willing to adapt the church to the culture in which they were living. Today, the church faces the same problem. Either we can continue to argue with one another about traditions of the past which should be kept, or we can accept the reality that the culture around us has changed, and start looking for solutions to the problem.

Anazeteo, the word translated ‘to seek’ means ‘to search up and down, high and low.’ It’s used only one other time by Luke. In Luke Chapter 2, he wrote that Mary and Joseph were ‘seeking him,’ that is Jesus, after Passover. The idea of anazeteo is that of a parent frantically, desperately, energetically searching for a lost child. And that’s exactly what Barnabas, the son of consolation, the quintessential discipler, the ultimate encourager, did. He searched high and low for Saul, who had been in Tarsus for seven to ten years, living in obscurity.

I know some of you have been gifted and graced by the Lord to be Barnabases. Blessings on you—what a wonderful calling! You’re encouragers, sons and daughters of consolation. You’re one-on-one kind of people. You have no need to be the big gun or the head hog at the trough. And because, like Barnabas, you’re ‘good men and women—full of the Holy Ghost and of faith,’ I encourage you to search high and low for that one who, like Paul, is stuck off in obscurity, loving the Lord and committed to the Word, but in need of someone to throw an arm around him and draw him back to the fold, back to fellowship, back to ministry.

The best way to work on restoring people in the church is through the art of affirmation:

Several years ago Dr. Frederick Herzberg, professor of management at the University of Utah, set out to discover what factors encouraged employees and what factors discouraged them. As he studied workers in a variety of settings, he found that despite the diverse situations, specific factors emerged clearly as the top encouragers. In the Harvard Business Review, he listed them.

Doing something well—and then being recognized for it—there is no greater motivator. The sweetness of heaven will be, in part, hearing the words of the one for whom we have worked say, “Well done, good and faithful servant!”

“When he arrived in Jerusalem, he tried to associate with the disciples, but they were all afraid of him, since they did not believe he was a disciple. Barnabas, however, took him and brought him to the apostles and explained to them how Saul had seen the Lord on the road and that He had talked to him, and how in Damascus he had spoken boldly in the name of Jesus.” (Acts 9:26–27, HCSB)

Character is what God knows you are. Reputation is what people think you are. There can be an enormous gap between these two, particularly in our culture where so much emphasis is placed on “image.” The great thing about Barnabas is that his character and his reputation were very much in step.

We see his influence in:

1. Encouraging the Church—Acts 4:32–37. There was a generous spirit about Barnabas. It’s relatively easy to be a “taker,” but what a joy to find a “giver.”

In the first scene with Barnabas, we see that Barnabas is generous. He is a giver. He loves to give. Cheerleaders give their all in encouraging others. It is not just in what they say. It is in what they give. One way you can be a cheerleader in the church is to give financially like Barnabas. We are all expected to give ten percent as Christians. However, you encourage the church when you give sacrificially to the church.

From the church’s point of view, they were scared of Saul. He was the one who was known for killing Christians. Now he says he is a Christian? Many were skeptical. From Saul’s point of view (and this view is shared by many unbelievers in the world), his concern was this: “Will they accept me?” No matter what I have done, will the church wrap its arms around me?

People are looking for that. People in the church need to step and be encouragers to these people who feel alienated by the church.

3. Encouraging Someone Who Failed—Acts 15:36–31. Barnabas gave up traveling with the great apostle Paul in order to pour his life into this wobbly kid Mark.

If it hadn’t been for Barnabas, we wouldn’t have had Mark’s Gospel or Paul’s Epistles. Who can you encourage this week? 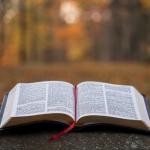 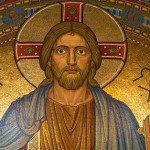 April 21, 2013 Romans 6:3-5 Identifying with Christ
Recent Comments
0 | Leave a Comment
Browse Our Archives
get the latest updates from
Jim Erwin
and the Patheos
Evangelical
Channel
POPULAR AT PATHEOS Evangelical
1

How Should Churches Respond to Cultural...
Cranach
Related posts from Jim Erwin