Don't Underestimate What God Wants to Do in Your Life 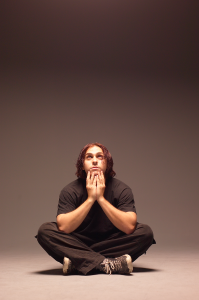 Don’t Underestimate What God Wants to Do in Your Life

“I chose you before I formed you in the womb; I set you apart before you were born. I appointed you a prophet to the nations. But I protested, “Oh no, Lord, God! Look, I don’t know how to speak since I am only a youth.” Then the Lord said to me: Do not say, “I am only a youth,” for you will go to everyone I send you to and speak whatever I tell you. Do not be afraid of anyone, for I will be with you to deliver you. This is the Lord’s declaration.” (Jeremiah 1:5–8, HCSB)

God thought about you before you thought about Him. God says that He determined how He was going to use you for His glory before you even existed on Earth. This does not mean that predetermined every single step and action. However, it does mean that God’s got bigger plans for you than you even dreamed.

When you look at the life of Jeremiah, you see that God planned for him to speak to a nation which was leaving God and following other idols. God said that He planned to use Jeremiah to speak to the world – “a prophet to the nations,” but more specifically to the nation of Israel.

Just like David, Joshua, Moses, Abraham, and Noah before him, Jeremiah wonders how God is going to pull this off. Jeremiah reminds God that he is only a boy. Inherit in this excuse is an underlying fear. Jeremiah is naturally fearful of what other people are going to say and do because of this kind of service. No one is really going to like him because of his message. Jeremiah says that he’s too young for the job. Although I suspect that he really is fearful that the people with power won’t listen to him.

“Do not be afraid of anyone, for I will be with you to deliver you. This is the Lord’s declaration.” (Jeremiah 1:8, HCSB)

Sometimes, we need to quit underestimating what God can do in our lives. Many times we trust people and doubt God. Instead, we should doubt people and trust God. As Rick Warren said one time: “Doubt your doubts and believe your beliefs.”  Don’t underestimate God – He can do more than you think.

December 1, 2014
Help Me for the Glory of Your Name
Next Post

Hymns of Hope and Comfort: Sing Praise to...
During this time of fear and uncertainty in the COVID-19 wilderness, I’ve...
view all Evangelical blogs
What Are Your Thoughts?leave a comment
Copyright 2008-2020, Patheos. All rights reserved.