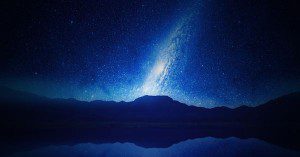 For John came to you in the way of righteousness, and you didn’t believe him. Tax collectors and prostitutes did believe him, but you, when you saw it, didn’t even change your minds then and believe him. (Matthew 21:32, HCSB)

Observation: This parable contrasts the kinds of people who do God’s will. The first son said NO to God’s will and then changed it to YES. The second son said YES to God’s will but didn’t do it.

Then Jesus compares the first son to people who heard John’s message who would not be expected to follow God’s will. Yet, these people did listen to John, changed their minds, and followed God.

The second son represents the religious people who listened to John. They should have obeyed John’s message, but they did not.

The key issue here is that the religious people were the ones who were questioning Jesus’s authority. The parable represents the fact that was usually the religious establishment who don’t listen to God’s commands. The very people who should be obeying God’s messengers dismiss them.

Prayer: God, please keep me pliable so that I am open to listening to people who share God’s will with me. God, please help as I share Your message with others.

The Case for Having Children
Cranach
Related posts from Jim Erwin