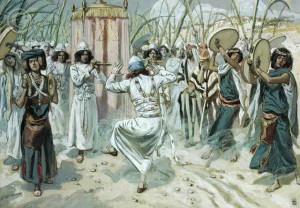 As the ark of the Lord was entering the city of David, Saul’s daughter Michal looked down from the window and saw King David leaping and dancing before the Lord, and she despised him in her heart. (2 Samuel 6:16, HCSB)

However, the jealousy turned to anger. Has there ever been a time when you have been jealous of someone who looked like they were a worship celebrity?

Just because one doesn’t like the attention someone is getting, it doesn’t mean that one should get angry. Jealousy during worship prevents someone from focusing on God.

Application: Has there been a time when I have focused less on God during worship? Can I be accused of worship jealousy?

Prayer: God, please help me focus on You during worship. Help me to overcome the desire to be jealous of the person who looks like the center of attention in worship.

December 20, 2014 Leading on Empty by Wayne Cordeiro
Recent Comments
0 | Leave a Comment
"i really gain a lot of insight on how to defend marriage. This article was ..."
Nathan Andreas Mark 10:1-12 How to Defend Biblical ..."
"Excellent exposition, Jim -- Yes, and discernment is actually a free gift of the Spirit ..."
tovlogos What Christian Growth Looks Like
"Good analysis. For the generational gap the means of information doesn't change the content."
Jesse H 5 Major Fault Lines in the ..."
"Good study ....but example from ot charater may be inserted"
A TAMIL MARAN Nahum 1:1-7 Giving Comfort
Browse Our Archives
get the latest from
Jim Erwin
Sign up for our newsletter
POPULAR AT PATHEOS Evangelical
1