Eight Characteristics of the Antichrist

Eight Characteristics of the Antichrist

Many people have tried to understand who the Antichrist would be and where he would come from in order to determine a future leader who would fit that description. The prophet Daniel was given a word from God about the Antichrist. In Daniel 8:21, we see that God shared with him the future of the Medo-Persian empire (the ram), then the Greek Empire (the goat). Greece will be shattered and four groups will emerge (Macedon, Ptolemy, Seleucid, and Pergamos) (Daniel 8:22).

Then there is a break in the text, as well as a break in time. Daniel 8:23 contains a separate prophecy about a special person who will take charge in the future. Here are EIGHT characteristics of the Antichrist:

1. The dynamic nature in his personality (Daniel 8:23)

He will have a “bold countenance” with “intrigue” meaning that he will have a mysterious ability to attract attention and favor from other political leaders.

The Antichrist will be appointed to his position. He will either be democratically elected, or appointed by the four powers that are in Syria. The United States, Russia, Turkey, Egypt and the Arab countries, and the European Union will want to find a peaceful solution to the Syrian crisis. They all agree that ISIS has to be stopped. However, their problem is Syria. How they stop the Syrian crisis will help stop ISIS. The leaders of these countries will agree to put a leader in charge.

David Jeremiah states in his book Agents of Babylon (which I reviewed) about the Antichrist that:

He will use demonic forms of power for his program. The reason is because he will derive his power from Satan:

The phrase “it will not be his own” shows that his power will come from another source. The Antichrist will seek Satan to empower him (2 Thessalonians 2:9, Revelation 13:2).

5. The destructiveness of his persecution (Daniel 8:24)

Revelation 13:7 says that when the Antichrist comes to power, he will break a covenant he makes and unleash a program of genocide on the Jews as well as Christians. It will be so bad that: Jesus said, “Unless those days were shortened, no flesh would be saved; but for the elect’s sake those days will be shortened” (Matthew 24:22).

The Antichrist will use the power given to him to make peace. In fact, he will accomplish a peace treaty with Israel. However, it will only be effective for 3.5 years. He will break that treaty and start to persecute God’s people.

He shall exalt himself in his heart. He shall destroy many in their prosperity. He shall even rise against the Prince of princes.

Paul describes the scope of this audacious claim, calling the Antichrist the “man of sin” and the “son of perdition, who opposes and exalts himself above all that is called God or that is worshiped, so that he sits as God in the temple of God, showing himself that he is God” (2 Thessalonians 2:3-4).

He shall be broken without human means.

The Antichrist will also be defeated in his ultimate purpose of bringing the entire earth under his demonic control.

The prophecy is accurate and true (Daniel 8:26). The events in Syria should show us that we are getting closer to the time of Jesus’ return.

November 17, 2015 The Syrian Civil War and the Rise of the Antichrist
Recent Comments
1 Comment | Leave a Comment
Browse Our Archives
get the latest updates from
Jim Erwin
and the Patheos
Evangelical
Channel
POPULAR AT PATHEOS Evangelical
1

Answer to Question: What Must a...
Roger E. Olson
Related posts from Jim Erwin 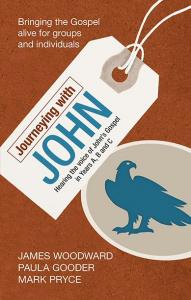