7 Characteristics of the Celebration of God’s People

7 Characteristics of the Celebration of God’s People September 29, 2016 Jim Erwin 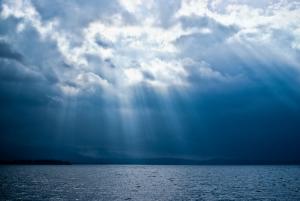 7 Characteristics of the Celebration of God’s People

This scene reminds me of Isaiah 6, where worship plays a prominent role. In that case, we see Isaiah enter into God’s holy place, become cleansed of sin, and then challenged to go on mission. In Revelation 15, we see John watch as the angels prepare for God’s final judgment. He watches as God’s people are victorious over the temptation and rule of the Antichrist.

“Then I saw another great and awe-inspiring sign in heaven: seven angels with the seven last plagues, for with them, God’s wrath will be completed.” (Revelation 15:1, HCSB)

This chapter forms a set of book-ends before and after the last seven judgments. This chapter presents the future plagues as if they will be successful. Seven angels stand to prepare these last plagues in Revelation 15:1. The text shows that God will complete His wrath with these last bowls. No one will be able to stop Him.

One of the truths we see from this chapter is that God is still on His throne even to the very end. We have the privilege to worship God, with the full certainty that God will complete what He started. These worshipers take the time to glorify God because they know that God’s plan will soon be completed. Even though they are being persecuted, they still see reasons to praise God.

SEVEN CHARACTERISTICS OF THE CELEBRATION OF GOD’S PEOPLE

1. The platform for worship – the sea of glass

There is a platform for worship. Here is the “sea of glass mixed with fire.” The question is where are these people? These people are worshiping in Heaven. As with the seals (Revelation 5:1–2) and the trumpets (Revelation 8:2), the bowl judgments are also introduced with a heavenly scene, showing that these earthly disasters have been “determined by God’s sovereign vindication of his saints.”12

Since fire is often the accompaniment of God’s judgment, the crystal sea of glass now mixed with fire may well denote the just judgment of God.3 The “sea of glass” is mentioned twice in the Apocalypse. In [Revelation] 4:6 it was said to be as “clear as crystal,” while in the present passage it is “mixed with fire.”

Several options are offered as to the intent of this image.4Jon Courson suggests: “I believe the sea of glass is actually a glassy sea of literal water, of which the laver in the temple was a picture (Exodus 30:18).”5

““Make a bronze basin for washing and a bronze stand for it. Set it between the tent of meeting and the altar, and put water in it.” (Exodus 30:18, HCSB)

Paige Patterson suggests that “Since fire is often the accompaniment of God’s judgment, the crystal sea of glass now mixed with fire may well denote the just judgment of God.”6 I would add that the participants are standing on the glass over the fire, which suggests victory over the judgment that is to come.

At the same time, most likely it is nothing more than a descriptive detail intended to heighten the splendor of the scene.7 No matter how one interprets the scene, the point is to emphasize the importance of worship. Just as a music star might use smoke and fire on the stage to build excitement and draw attention from the audience, God is using His own “stage show” to help the audience draw attention to Himself.

2. The participants of worship – persecuted but victorious Christians

You can’t have a platform without participants. In this case, the worshippers are Tribulation saints – most likely saints who have died. These saints have overcome the difficulties that came under the rule of the Antichrist.

3. The praise instruments of worship – the harps from God

Personally, I think there will be more instruments than harps.

4. The program of worship – celebrating God’s works and ways

“They sang the song of God’s servant Moses and the song of the Lamb: Great and awe-inspiring are Your works, Lord God, the Almighty; righteous and true are Your ways, King of the Nations.” (Revelation 15:3, HCSB)

There is going to be some good singing during this celebration. God’s people will show their affection for Him through their worship. It is not immediately clear to the reader, however, to which version of Moses’ song John refers—whether to Exodus 15 or Deuteronomy 32.8 John takes these songs of Moses and merges them to reflect the work of Christ in accomplishing His mission. This verse also reminds us of the 144,000 and their worship song:

“They sang a new song before the throne and before the four living creatures and the elders, but no one could learn the song except the 144,000 who had been redeemed from the earth. These are the ones not defiled with women, for they have kept their virginity. These are the ones who follow the Lamb wherever He goes. They were redeemed from the human race as the firstfruits for God and the Lamb.” (Revelation 14:3–4, HCSB)

5. The proclamation of worship – Fear and glorify God!

“Lord, who will not fear and glorify Your name? Because You alone are holy, for all the nations will come and worship before You because Your righteous acts have been revealed.” (Revelation 15:4, HCSB)

The actual content of the song highlights God’s actions and character and the worshipful response of his people. Lyrics from various Old Testament passages are combined to form a hymn with two parts. The first half features synonymous parallelism with a description of God’s actions and ways, followed by titles reflecting his attributes:

The program was God’s works and ways. The proclamation was to fear God and worship Him.

6. The priority of worship – the presence of God

“After this I looked, and the heavenly sanctuary—the tabernacle of testimony —was opened.” (Revelation 15:5, HCSB)

This heavenly sanctuary, is where God’s holiness dwells. That is shown by the Ark of the Covenant opening up in Heaven. The Ark contained the Ten Commandments and Aaron’s buds. What we can infer from this section is that God wanted to show us that His presence is precious and holy.

Indiana Jones didn’t find the Ark of the Covenant. No one will find it because it is in Heaven. This is no the Earthly copy that the book of Hebrews speaks about. This is the real thing.

God’s presence is real and ready to be experienced. This leads us to the purpose of worship.

7. The purpose of worship – to experience the glory of God

The point of this chapter is to celebrate God. The saints celebrated Who God is, What He has and will do, and What He has shown of Himself. The purpose of worship is to experience God’s glory. Here on Earth, we will experience just a tiny amount of that glory. In heaven, there will be so much of God’s glory that God kicks out the seven angels until they fulfill their mission.

As Warren Wiersbe notes: This scene would give great assurance and endurance to suffering saints in any age of the church. It is possible to be victorious over the world system! One does not have to yield to the “mark of the beast.” Through the blood of the Lamb, we have deliverance. Our Lord’s work on the cross is a “spiritual exodus” accomplished by His blood. 12

4 Kiddle understands a “heavenly Red Sea” through which the martyrs have come and which is about to submerge their enemies (300–301). Others take the reference to fire as a symbol of judgment.

September 29, 2016 Psalm 67:1-7 God's Blessings That He Gives Me
Recent Comments
0 | Leave a Comment
Browse Our Archives
get the latest from
Jim Erwin
Sign up for our newsletter
POPULAR AT PATHEOS Evangelical
1

Why Aren't the Other Slavers Getting...
Cranach
Related posts from Jim Erwin