Revelation 17:7-18 The Fall of the Antichrist and Great Babylon 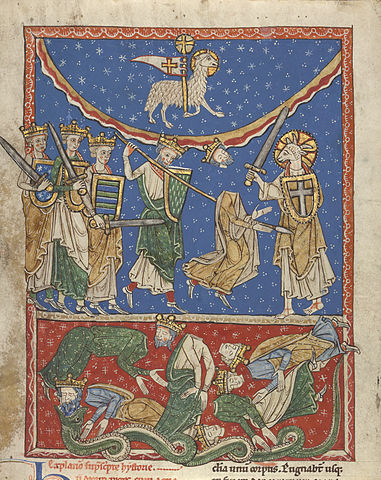 Revelation 17:7-18 The Fall of the Antichrist and Great Babylon

It is striking to see how many evil men ended life impaled on their own sword. Undoubtedly, one of the most stark examples is Adolf Hitler. The man who had proclaimed war against the world ended his days in a bunker, with the world closing in on him. The despot who poisoned millions of Jews, sat beside his wife, who died by poison. The aggressor who launched missiles and dropped bombs died by a self-inflicted gunshot wound. Hitler, the man who had ordered bodies burned in the furnaces of Auschwitz-Birkenau, Belzec, Chelmno, and Dachau, was carried outside his bunker in a rolled-up rug and burned on the ground. Evil always consumes itself.1

That is the lesson that we learn from the end of this chapter.

“Then the angel said to me, “Why are you astonished? I will tell you the secret meaning of the woman and of the beast, with the seven heads and the 10 horns, that carries her.” (Revelation 17:7, HCSB)

We have seen that the woman and the beast are the false world religious and economic system and the Antichrist. The Antichrist is actually being used by the system that he promotes. In the end, it will look like the Antichrist will rise to power and stay there. Instead, his evil rule and reign will collapse in on itself. In Revelation 13, we saw how the system worked. Here in Revelation 17, we see more about how it will rise and fall. He starts by describing a beast that carries the woman. But by the end, they both will collapse.

1. His rise and fall will be short-lived but dramatic.

2. The regional seat of the Antichrist is mountainous.

““Here is the mind with wisdom: The seven heads are seven mountains on which the woman is seated.” (Revelation 17:9, HCSB)

Here, the angel interprets the vision for John. The angel states that the seven heads are seven mountains where the false religious will have its seat of power. Many commentators are divided on this position. Some say it will be Rome, others say Jerusalem, or Iraq.

Yet the point here is not to completely understand the riddle, but to be aware when it comes into existence. This verse is similar to the other reference to the power of the Antichrist.

“Here is wisdom: The one who has understanding must calculate the number of the beast, because it is the number of a man. His number is 666.” (Revelation 13:18, HCSB)

So like the 666 reference, we want to interpret it into a meaning that probably doesn’t exist. The 666 symbolically shows the imperfection of the Antichrist.

The first obvious understanding is that this verse points to the Roman Empire. But then “the plot thickens.” Because these seven heads are not just mountains, but rulers.

3. The ruling succession of “Antichrists” will end with a final Antichrist.

“They are also seven kings: Five have fallen, one is, the other has not yet come, and when he comes, he must remain for a little while.” (Revelation 17:10, HCSB)

The fact is that the number seven represents not just the place of power, but also a line of succession of rulers. From John’s point of view, five rulers have come and gone. One ruler exists in his time. The seventh has not yet come. Just like a dynasty across time, there are Antichrists who have ruled. Daniel refers to four of them. But from John’s point of view, he is living in the midst of the sixth antichrist-type ruler.

Many books have been written to identify people who will fit this riddle. The fact is that whoever the Antichrist is, he will not have been the first. But he will be the last.

4. The final imperial reign of the Antichrist will be destroyed.

“The beast that was and is not, is himself an eighth king, yet he belongs to the seven and is going to destruction.” (Revelation 17:11, HCSB)

Is he also the seventh king that brings peace before he turns on Christians? Or is he completely separate from the seventh king? The fact is that he fits in this Antichrist dynasty. The point is that it will end. He may fall and rise again, but ultimately, he will fall and die.

5. The Antichrist will lead a final “coalition” of rulers to try to kill Jesus when He returns.

“The 10 horns you saw are 10 kings who have not yet received a kingdom, but they will receive authority as kings with the beast for one hour. These have one purpose, and they give their power and authority to the beast. These will make war against the Lamb, but the Lamb will conquer them because He is Lord of lords and King of kings. Those with Him are called, chosen, and faithful.”” (Revelation 17:12–14, HCSB)

The Battle of San Jacinto was the last battle between the forces of the Mexican Army under General Santa Anna and the rag-tag group of Texians under General Sam Houston. The battle occurred on April 21, 1836. The Mexican Army had decided to take a nap in the afternoon – a siesta. So General Houston took his group of 300 men and killed the entire Mexican army of 1,200 while they slept. The battle lasted eighteen minutes.

6. The Antichrist is ruled by the Great Babylon system.

“He also said to me, “The waters you saw, where the prostitute was seated, are peoples, multitudes, nations, and languages.” (Revelation 17:15, HCSB)

Here, you would think that it is the Antichrist that leads the world, by using a global political and economic kingdom power. That is what it looks like in Revelation 13. Yet, now in Revelation 17, we see that it is the false religious system that rules the Antichrist. The economic and religious powers rule the political leader. He becomes manipulated by the system that put him in power.

7. After his failure to defeat Jesus, the Antichrist will lead the coalition to destroy Great Babylon.

“The 10 horns you saw, and the beast, will hate the prostitute. They will make her desolate and naked, devour her flesh, and burn her up with fire. For God has put it into their hearts to carry out His plan by having one purpose and to give their kingdom to the beast until God’s words are accomplished. And the woman you saw is the great city that has an empire over the kings of the earth.”” (Revelation 17:16–18, HCSB)

But like any politician, they will see an opportunity to get rid of their enemies and seek power for themselves. After they discover that they cannot defeat Jesus, they go against the false religious system that put them in power. Remember, that Great Babylon is a false religious system. It is a global system that rules the rulers (both the kings and the Antichrist). Remember that the harlot, the immoral woman, is the false Great Babylon system. This system installed it’s global leader – the Antichrist. Ten political leaders use this system for their own greedy desires. But when it fails, they will turn on the system that brought them into power. This system will collapse and end. Along with the collapse of Great Babylon will be the collapse of the Antichrist.

Then John is told a further mystery. The harlot shall be devoured from within. Her own weapons shall be turned against her. It is God’s will that makes this so. What we have here is a basic theological, historical principle taught in the Law and gospel. Because of the long-term, bedrock reality of God’s righteousness, the human systems which depend upon injustice shall not endure. They are badly infected from within by their own fatal illness. The greed that gave them power, in time, shall destroy their power. The weapons by which they conquered will, in the end, conquer them. What they sowed they will reap.4

The major take-away for today’s culture is the fact that we can be easily fooled by false leaders. As Christians we need to watch and beware of this kind of deception. Falling for false leaders can be damaging.

Sometimes it is easier to see the blind spots of our forebears than our own. As fallen creatures struggling to be holy people in an unholy culture, it is difficult to overestimate the power of culture to control our thinking. When our sinful self-interests naturally align with a cultural norm, we have a perfect formula for compromise. Though not a Christian, Thomas Jefferson was an avowed abolitionist—until it was no longer profitable. Commenting on this hypocrisy, Henry Wiencek notes:

We can be forgiven if we interrogate Jefferson posthumously about slavery. It is not judging him by today’s standards to do so. Many people of his own time, taking Jefferson at his word and seeing him as the embodiment of the country’s highest ideals, appealed to him. When he evaded and rationalized, his admirers were frustrated and mystified; it felt like praying to a stone. The Virginia abolitionist Moncure Conway, noting Jefferson’s enduring reputation as a would-be emancipator, remarked scornfully, “Never did a man achieve more fame for what he did not do.”56

2 Charles translates, “Here is needed the intelligence which is wisdom” (2.68). 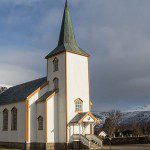 December 1, 2016
7 Ways to Build HARMONY in the Church
Next Post 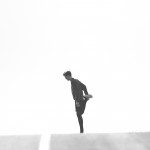 December 5, 2016 5 Ways to Love Others Through Self-Discipline
Recent Comments
0 | Leave a Comment
"Good analysis. For the generational gap the means of information doesn't change the content."
Jesse H 5 Major Fault Lines in the ..."
"Good study ....but example from ot charater may be inserted"
A TAMIL MARAN Nahum 1:1-7 Giving Comfort
"I am impressed with this interpretation and it is easy to understand. Thank you."
Anne Horst Ahrens Revelation 14:14-20 The Two Great Harvests
"Dear Sir,I've been blessed by reading life-changing messages from these top 10 sources of free ..."
Mike Nkwa Top Ten Sources of Free Sermons
Browse Our Archives
Follow Us!