Recently, Prestonwood Baptist Church, a Southern Baptist church in Texas decided to hold one million dollars of offerings directed to the Cooperative Program in escrow. The church is under the leadership of Dr. Jack Graham, a former president of the Southern Baptist Convention (SBC). Instead of forwarding this money (like every other SBC church) to support missions work around the world, the church decided to hold their contribution. The reason given was alleged “disrespectfulness” by Dr. Russell Moore, the head of the Ethics and Religious Liberty Commission (ERLC). Moore had criticized the fact that many evangelicals had supported Donald Trump in the 2016 election. I agreed with Moore’s decision to criticize those who supported Trump. Moore later apologized. Instead of accepting that apology, Graham has stepped up his criticism of Moore. (Graham, incidentally, is a member of an Advisory Team for Trump).

There are a couple of reasons why I think this turn of events is disturbing. The first reason is that it violates a biblical principle about how to settle disagreements. Jesus taught Christians to work disagreements out between each other. “If a brother offends you, go to him” (Matthew 18:15). Instead of talking to Moore, Graham accuses him and decides to withhold important funds necessary for sharing the Gospel. Incidentally, Mike Bergman makes an important point that Graham’s view about Moore does not reflect the majority of SBC churches.

The Cooperative Program is a method of missions giving whereby every SBC church contributes (normally somewhere between 5 and 10 percent on average.) These dollars go to support missionaries around the world, as well as SBC seminaries to keep the cost of higher education down for students who wish to study for the ministry. Developed in 1925, this “one sacred effort” has effectively functioned as a way to cooperatively support the work of the Gospel. That is why is called the Cooperative Program.

By withholding a church’s contribution, Prestonwood (and by extension their pastor), is telling the entire SBC that they don’t want to cooperate. They disagree with someone and therefore that is the reason for non-cooperation. This brings me to my second reason why this is dangerous. Prestonwood, as a large megachurch, is setting an example for other churches to follow. “Don’t agree with someone’s politics, then hold the money.” The problem is that Moore will not be affected by this. Missionaries, however, will be harmed. What happens when another large church decides to withhold their money? This is the dangerous path that could destroy the way the SBC has operated for decades.

There is a third reason why this maneuver is dangerous. This move promotes disunity. The SBC desperately needs unity. In the most recent election for SBC President at the annual meeting in St. Louis, there was a clear division between James Greer and Steve Gaines. Greer bowed out to protect the unity of the Convention. What does it say to the world that as Christians (for they will see us first as Christians), as Baptists, and as the SBC, that we have to be so divisive toward each other? As pastors and as churches, Jesus commands us to “be one” (John 17:11). This example between Graham and Moore proves why unity is necessary. It can hinder the promotion of the Gospel.

Jack Graham should stop hurting the SBC. Eventually, I would hope that Graham would reconcile with Moore. 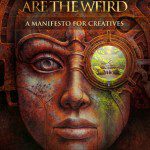 February 18, 2017
Blessed Are the Weird: A Manifesto for Creatives by Jacob Nordby
Next Post 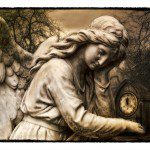 February 21, 2017 Ecclesiastes 3:1-22 What Is the Point of Life?
Recent Comments
0 | Leave a Comment
"I would of gone just I little further with the scripture that you mentioned so ..."
D.M.S. What Christian Growth Looks Like
"i really gain a lot of insight on how to defend marriage. This article was ..."
Nathan Andreas Mark 10:1-12 How to Defend Biblical ..."
"Excellent exposition, Jim -- Yes, and discernment is actually a free gift of the Spirit ..."
tovlogos What Christian Growth Looks Like
"Good analysis. For the generational gap the means of information doesn't change the content."
Jesse H 5 Major Fault Lines in the ..."
Browse Our Archives
get the latest updates from
Jim Erwin
and the Patheos
Evangelical
Channel
POPULAR AT PATHEOS Evangelical
1