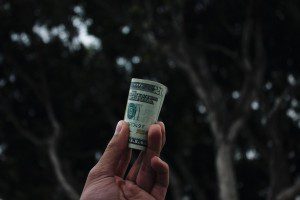 CNN recently covered a story about a man with stomach pain. The report said, “French doctors were taken aback when they discovered the reason for the patient’s sore and swollen belly: He had swallowed around 350 coins: $650 worth.”

The sixty-two-year-old man came to the emergency room of Cholet General Hospital in western France, having a history of psychiatric illness. His family warned doctors that he sometimes swallowed coins, and a few had been removed from his stomach in past hospital visits. Still, doctors were astounded by what they saw on the x-ray. There was an enormous opaque mass in the patient’s stomach that weighed twelve pounds. It was so heavy that it had forced his stomach down between his hips. Five days after his arrival, doctors cut him open and removed his badly damaged stomach and its contents, but the man died a few days later from complications. Doctors said he was suffering from a rare illness that makes people want to eat money.1

Ecclesiastes, like the other Wisdom books, has much to say about practical issues in life. As such, Solomon, being the richest man in the world at the time, had much to say about money. Here, in this section, we see seven realities about God and money. The first five realities deal with my relationship to money itself. The last realities deal with our relationship between God and money.

SEVEN REALITIES ABOUT MONEY AND GOD

Here we have a well-known truth, stated as a proverb, to which the Preacher adds his typical editorial comment about vanity. No matter how much money they have, people who live for money are never satisfied. They always want more. John D. Rockefeller was one of the richest men in the world, but when someone asked him how much money was enough, he famously said, “Just a little bit more.”

The contemporary author Jessie O’Neill has diagnosed this spiritual problem. She calls it “affluenza,” which is “an unhealthy relationship with money” or the pursuit of wealth.5 Most Americans have at least a mild case of this deadly disease. Even if we are thankful for what we have, we often think about the things that we do not have and how to get them. This explains the sudden pang of discontent we feel when we realize that we cannot afford something we want to buy or the guilt we feel because we bought it anyway, and now we are in debt as a result.2

According to Harvard psychologist Daniel Gilbert, “Economists and psychologists have spent decades studying the relation between wealth and happiness, and have generally concluded that wealth increases human happiness when it lifts people out of abject poverty and into the middle class but that it does little to increase happiness thereafter.”3

“When good things increase, the ones who consume them multiply; what, then, is the profit to the owner, except to gaze at them with his eyes?” (Ecclesiastes 5:11, HCSB)

The phrase “they increase who eat them” refers in some way to people who consume our wealth. It might be the oppressive government described in verses 8–9, which takes away our money through higher taxes. It might be our children or other dependents—the hungry mouths around our table. Or it might be the people who come begging for us to give them something—the spongers, the freeloaders, and the hangers-on. But no matter who they are, the more we have, the more other people try to get it.4

Several men in the locker room of a private exercise club were talking when a cell phone rang. One man picked it up without hesitation and said, “Hello?”

“Thanks! Oh, and I also stopped by the Mercedes dealership and saw the new models. I saw one I really liked. I spoke with the salesman, and he gave me a great price.”

“OK, but for that price I want all the options.”

“Great! Before we hang up, there’s something else. It might seem like a lot, but, well, I stopped by to see the real estate agent this morning, and I saw the house we had looked at last year. It’s on sale! Remember? The beachfront property with the pool and the English garden?”

“How much are they asking?”

The man hung up, closed the phone’s flap, and raised it aloft, asking, “Does anyone know who this cell phone belongs to?”5

“The sleep of the worker is sweet, whether he eats little or much, but the abundance of the rich permits him no sleep.” (Ecclesiastes 5:12, HCSB)

There is something about the drive to acquire that impels us to seek more and more. If it is insecurity that prods us to seek wealth, wealth itself will not cure that insecurity. If it is the desire for power that pushes us, money will not quell that desire. For many people the thirst for more material goods is insatiable. Long after their basic needs are met, they crave for more. Long after they have the permanent security they seek, they strive for more. Long after they have all the luxuries they covet, they itch for more.6

The point is that anxiety and worry can accompany me when I have money. The more money I make, the more I want to make, the more worrisome I become because I feel I don’t have enough. This is rooted in the insecurity that fleshes out the sin of greed. I act this way because I can’t trust God to provide what I need, much less what I want.

“There is a sickening tragedy I have seen under the sun: wealth kept by its owner to his harm. That wealth was lost in a bad venture…” (Ecclesiastes 5:13–14, HCSB)

Let me be clear on this point, because it’s easy to misunderstand what Solomon is saying. The essence of his message is this: You can’t lose what you don’t have.7

With money, gain is usually related to risk. Fortunes have been made in oil. Huge companies have been founded, and numbers of families—from the Rockefellers to the Hunts—have acquired affluence through investments in oil. But think of the dry holes! Probably four of them have been drilled for each well that has brought in oil. As many people have lost money in oil deals as have made anything—perhaps more.8

Losing money is an equal-opportunity employer.

“…so when he fathered a son, he was empty-handed. As he came from his mother’s womb, so he will go again, naked as he came; he will take nothing for his efforts that he can carry in his hands. This too is a sickening tragedy: exactly as he comes, so he will go. What does the one gain who struggles for the wind? What is more, he eats in darkness all his days, with much sorrow, sickness, and anger.” (Ecclesiastes 5:14–17, HCSB)

In 1831, Cyrus McCormick, an American farmer, invented a mechanical harvester. Six years later he went bankrupt. He lost his farm and everything he owned was put up for sale, with the exception of one item—his recent invention—which was deemed to be worthless by his creditors. In 1840 it went on sale, making him a multi-millionaire! But McCormick saw the need for a greater harvest and used part of his fortune to promote the evangelistic ministry of D. L. Moody.9

Part of the reason we earn money is to leave it for others after us.

6. My ability to earn money is a gift from God.

“Here is what I have seen to be good: it is appropriate to eat, drink, and experience good in all the labor one does under the sun during the few days of his life God has given him, because that is his reward.” (Ecclesiastes 5:18, HCSB)

The source of my can be traced back to God. I may do the work. Yet, God gives me the work to do. When you look at the first man, you see that God placed Adam in the garden to tend to it and take care of it.

“The Lord God took the man and placed him in the garden of Eden to work it and watch over it.” (Genesis 2:15, HCSB)

The work was meant to be good for him. The reward for the work is to experience good.

7. My ability to enjoy money is also a gift from God.

“God has also given riches and wealth to every man, and He has allowed him to enjoy them, take his reward, and rejoice in his labor. This is a gift of God, for he does not often consider the days of his life because God keeps him occupied with the joy of his heart.” (Ecclesiastes 5:19–20, HCSB)

Regularly seeing the good things around us as gifts of God and receiving them in this way can help immensely in situations where we are overwhelmed by tragedies that call into question the goodness of God.10

Contentment is finding pleasure and fulfillment in what God has chosen to give. God gave the blessing, the suffering, the toil, the days, the food, the drink. God also gives the gift of joy the ability to enjoy the simple life. It is one thing to have a simple life; it as another thing to be content with it.11 Contentment is the key to living with dollars and sense.

7 David Jeremiah, Searching for Heaven on Earth: How to Find What Really Matters in Life (Nashville, TN: Thomas Nelson Publishers, 2004), 129. 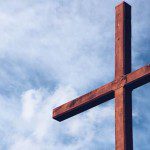 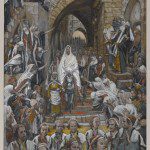 April 7, 2017 5 Circles of Commitment to God
Recent Comments
0 | Leave a Comment
"I would of gone just I little further with the scripture that you mentioned so ..."
D.M.S. What Christian Growth Looks Like
"i really gain a lot of insight on how to defend marriage. This article was ..."
Nathan Andreas Mark 10:1-12 How to Defend Biblical ..."
"Excellent exposition, Jim -- Yes, and discernment is actually a free gift of the Spirit ..."
tovlogos What Christian Growth Looks Like
"Good analysis. For the generational gap the means of information doesn't change the content."
Jesse H 5 Major Fault Lines in the ..."
Browse Our Archives
get the latest updates from
Jim Erwin
and the Patheos
Evangelical
Channel
POPULAR AT PATHEOS Evangelical
1

That's Not How Any Of This...
Preventing Grace
Related posts from Jim Erwin