1 Corinthians 15:12-19 Why the Resurrection of Jesus Christ Matters 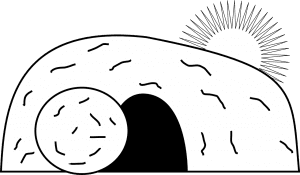 1 Corinthians 15:12-19 Why the Resurrection of Jesus Christ Matters

Easter is our greatest celebration as Christians because it focuses our minds on the highlight of the Christian faith—the Resurrection of our Lord Jesus Christ, His rising physically, visibly, bodily from the tomb, His remarkable return to life following His torturous death. This isn’t just another wonderful gospel story or another in a series of amazing miracles. This is the story and the miracle of Christianity. It ties together all the other strands of our faith. As scientist Henry Morris put it, “The bodily resurrection of Jesus Christ from the dead is the crowning proof of Christianity. If the resurrection did not take place, then Christianity is a false religion. If it did take place, then Christ is God and the Christian faith is absolute truth.”1

Paul takes time in this section of 1 Corinthians to defend the resurrection, and by extension, the resurrection of Jesus Christ to his critics. The important work is Jesus Christ came in two parts. First, He paid our sin debt. That sin debt cost Him His life. Because He was the ultimate atoning sacrifice to appease God’s anger, God raised Jesus from the dead.

It’s the same argument you hear today. “There is no afterlife.” “This life is all there is.” We have to counter the same arguments that Paul did in his day. The fact is that Christianity presents the idea that once we die, it may be the end this life on Earth as we know it. Yet, it won’t be the end of you and me. Instead, we look forward the promise of a resurrection. We celebrate today that a future resurrection for you and me is made possible because of Jesus Christ. Like Paul in his day, we need to be reminded of why the resurrection is essential to the Christian faith.

Now, Paul is using a logical argument from a negative point of view. That is to say that if what his opponents say is true about the resurrection, then the following things must also be true. He makes deductions and conclusions that essentially say that if the resurrection is not true, then our faith is worthless.

I am going to show you the same thing from a positive point of view. In other words, I want to share with you five reasons why the resurrection of Jesus Christ is necessary for the Christian faith.

“But if there is no resurrection of the dead, then Christ has not been raised;” (1 Corinthians 15:13, HCSB)

“From then on Jesus began to point out to His disciples that He must go to Jerusalem and suffer many things from the elders, chief priests, and scribes, be killed, and be raised the third day.” (Matthew 16:21, HCSB)

The fact is that Jesus did raise from the dead. When the guards came to say that the body of Jesus was gone, the religious leaders came up with a story:

“As they were on their way, some of the guards came into the city and reported to the chief priests everything that had happened. After the priests had assembled with the elders and agreed on a plan, they gave the soldiers a large sum of money and told them, “Say this, ‘His disciples came during the night and stole Him while we were sleeping.’” (Matthew 28:11–13, HCSB)

They used “fake news” in the time of Jesus as well. The fact is that Jesus was raised from the dead. He resurrected from the grave.

DANGERS OF DENYING THE RESURRECTION

1. My faith is untrustworthy.

If I don’t believe in the resurrection of the dead, then my faith is on shaky ground. The fact is that the resurrection is the foundation on which my faith is based. Jesus resurrected from the dead. He promised that He would. He promised that He raise you and me from the dead. So one must believe that there is life after death and that we are going there. If not, then I can’t trust Who and I place my trust in.

2. My testimony is false.

If I can’t trust Whom I place my trust, then when I tell others, my witness is false. If Jesus Christ did not raise from the dead, then I am a false witness. I have to believe that Jesus raised from the dead when I share my faith with others.

“And if Christ has not been raised, your faith is worthless; you are still in your sins.” (1 Corinthians 15:17, HCSB)

The forgiveness I received from Jesus gives me power over sin. The forgiveness of financial debt gives a person more power over their money. When I am debt-free, I have the freedom to spend my money in the ways I want. Naturally, if my debt is paid, I am indebted to the one who paid it off.

Jesus paid off my sin debt. As a result, I owe Him my allegiance. Since Jesus paid my sin debt, He is the one One who has power over sin. So when I run into sin trouble, Jesus is the One who can help me overcome it. Just as that debt-payer has the ability to teach me financial freedom, Jesus can teach me freedom in life.

“Therefore, those who have fallen asleep in Christ have also perished.” (1 Corinthians 15:18, HCSB)

High school class reunions are usually awkward or bizarre, as we all get together to see “whatever became of old so-and-so” and ask, “Can you believe how much we’ve all changed?” Our reunion with the body of Christ in heaven will be so much more than this. We will certainly discover what became of each precious brother and sister in the plans God had for them, and we will celebrate how much we have been changed by his grace. However, we will not be looking back to glory days long gone but rather beginning the eternal era of peace and fellowship won for us by Christ. More than that, we will be reuniting with millennia of faithful classmates whose names and stories have inspired us in our own walk. We will know them and our Lord face-to-face and celebrate the unending “best years of our lives.”4

“If we have put our hope in Christ for this life only, we should be pitied more than anyone.” (1 Corinthians 15:19, HCSB)

Philip Yancey describes a unique funeral custom conducted by African Muslims. Close family and friends circle the casket and quietly gaze at the corpse. No singing, no flowers, no tears.

A peppermint candy is passed to everyone. At a signal, each one puts the candy in his or her mouth. When the candy is gone, each participant is reminded that life for this person is over. They believe life simply dissolves. No eternal life. No hope.5

Unlike this sad funeral custom, when a Christian dies, there is hope of eternal life. If Jesus can grant me eternal life, then He can affect my life today. This means that my life matters. I can make a significant contribution in this life. Part of that contribution is telling people about the Person who made my life worth something.

Paul’s conclusion to his argument is that if the resurrection is false, then my life is meaningless. But since the resurrection is true, my life has meaning. If Jesus raised from the dead, then when I trust Him, I have power over death and can have eternal life. The Bible connects all kinds of rewards to the good works I do as a Christian. These rewards would be worthless and of no value, if the resurrection were false. But since Jesus fulfilled the ultimate promise, His other promises are guaranteed to come true.

The conclusion is obvious: Why be a Christian if we have only suffering in this life and no future glory to anticipate? The Resurrection is not just important; it is “of first importance,” because all that we believe hinges on it.6

Question: Do you believe that Jesus died on the cross and then resurrected three days later? Do you want to believe that God loves you and has made a way for you? Then you need to trust Jesus today.

Let me pray with you if you want to trust Jesus today. After this prayer, you can fill out the card or scan the “Quick Response” code on your bulletin or on the bottom of the sermon notes, or on the screen. You can also fill out a card that is near the hymnals in front of you. You can do this now, or you can do this later today. When you do, you will give us a record of your response. You are also welcome to come forward during this time to respond to this message. 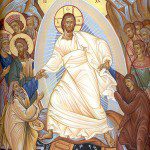 April 13, 2017
5 Reasons Why the Resurrection Is Essential to the Christian Faith
Next Post 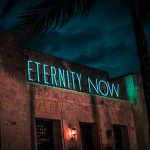 April 20, 2017 1 Corinthians 15:20-28 An Eternal Guarantee for More Than a Lifetime
Recent Comments
0 | Leave a Comment
"Wow, Glory to god. This fed my spirit this morning. Gob bless!"
SisSamy How to Relate to the Accuser
"I would of gone just I little further with the scripture that you mentioned so ..."
D.M.S. What Christian Growth Looks Like
"i really gain a lot of insight on how to defend marriage. This article was ..."
Nathan Andreas Mark 10:1-12 How to Defend Biblical ..."
"Excellent exposition, Jim -- Yes, and discernment is actually a free gift of the Spirit ..."
tovlogos What Christian Growth Looks Like
Browse Our Archives
get the latest updates from
Jim Erwin
and the Patheos
Evangelical
Channel
POPULAR AT PATHEOS Evangelical
1