5 Forms of Deliverance That God Provides His People 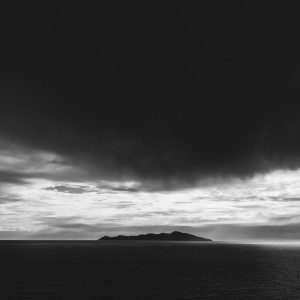 5 Forms of Deliverance That God Provides His People

God delivers. He is not just a delivery man that brings good things to you. Instead, God provides ways to deliver His people through difficult circumstances and situations. God delivered His people Israel and He will do the same for you.

“When Israel came out of Egypt— the house of Jacob from a people who spoke a foreign language —” (Psalm 114:1, HCSB)

This passage reflects on the fact that God’s people were foreigners in Egypt. Yet, God did not let that foreigner status give them a disadvantage. Instead, He used it to their advantage. God used the Egyptians to give His people favor, even as they were leaving slavery.

“And the Lord gave the people such favor in the Egyptians’ sight that they gave them what they requested. In this way they plundered the Egyptians.” (Exodus 12:36, HCSB)

It is also as if God showered them with gifts from their enemies just to prove to His people that He would deliver them and provide for them. God does the same thing for you – if you will pay attention.

As the Israelites were leaving Egypt, they were surely scared and vulnerable. Judah means “praise.” Israel means “Governed by God.” So God is showing that He will govern our affairs. He will take care of us during our difficult circumstances. All we have to do is follow and praise Him.

“When the disciples saw Him walking on the sea, they were terrified. “It’s a ghost!” they said, and cried out in fear.” (Matthew 14:26, HCSB)

God leveled mountain-sized obstacles and cleared water-flooded paths for His people. He will do the same for you.

God makes the earth tremble in His presence. He can make nature submit to Him. God can literally move Heaven and Earth to help you.

God can even change physics in order to do what He wants to be done. He can pour liquids out of solids. He can turn solid rock into a pool of water. God can manipulate science to help provide and deliver for you. It’s not impossible for God to work outside of the normal rules of science. They are called miracles. These miracles are designed to strengthen a person’s faith in God. God does these miracles to prove that you and I can trust Him.

“I am going to stand there in front of you on the rock at Horeb; when you hit the rock, water will come out of it and the people will drink.” Moses did this in the sight of the elders of Israel.” (Exodus 17:6, HCSB)

“He led you through the great and terrible wilderness with its poisonous snakes and scorpions, a thirsty land where there was no water. He brought water out of the flint-like rock for you.” (Deuteronomy 8:15, HCSB)

God provides forms of deliverance because we are a needy people. We need help from God often. This psalm was written to help us reflect on our need for God. The reminders of His past intervention to help deliver me can help me today in the present, as well as the future. 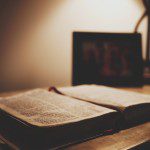 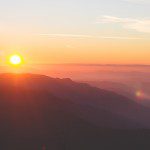 May 1, 2017 1 Thessalonians 4:13-18 You Only Live Once for Eternity
Recent Comments
0 | Leave a Comment
Browse Our Archives
Follow Us!

Mark of the Beast? Microchips to...
Hedgerow
Related posts from Jim Erwin

Moving Beyond Relational Martyrdom to Relational Wholeness
Have you ever heard the phrase “relational martyrdom ”? Well, I hadn’t,...
view all Evangelical blogs
What Are Your Thoughts?leave a comment
Copyright 2008-2017, Patheos. All rights reserved.