Ecclesiastes 7:15-29 Great Advice About How to Live 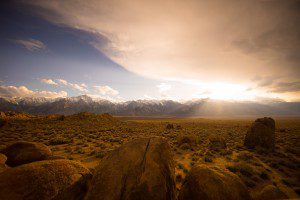 Ecclesiastes 7:15-29 Great Advice About How to Live

Believe it or not, the English Department at the University of Wyoming offers a class to teach its students how to communicate with aliens. “Interstellar Message Composition,” the course is called, and it is sponsored by a grant from the National Aeronautics and Space Administration (NASA). According to Wyoming’s Web site, it is “the first class to enlist creative writers in a potential cosmic conversation.” “We’ve thought a lot about how we might communicate with other worlds,” the professor says, “but we haven’t thought much about what we’d actually say.”

One of the first assignments the instructor gives his students is to summarize the human condition in ten words or less—a short, simple statement they could send as an S.O.S. to the universe. One English major completed the assignment in just nine words: “We are an adolescent species searching for our identity.”

If this is what passes for higher education in America these days, then it is hard to know whether to laugh or cry. But we should also respond with pity for what it tells us about the condition of fallen humanity. People are searching for meaning, calling in the darkness and hoping there is someone out there who can tell us who we are.

The dilemma of life: The wicked’s long life and the righteous’ short life (Ecclesiastes 7:15)

“In my futile life I have seen everything: there is a righteous man who perishes in spite of his righteousness, and there is a wicked man who lives long in spite of his evil. Don’t be excessively righteous, and don’t be overly wise. Why should you destroy yourself?” (Ecclesiastes 7:15–16, HCSB)

According to the Chicago Tribune, on February 13, 1995, Ellen accidentally spilled a one-and-a-half-quart bottle of the spice in her basement. She plugged in a fan to try to air out the room, but the overwhelming vapors forced her out. She called 911, but when the Fairmont firefighters came, they too were overwhelmed—and they were wearing masks! So they called in none other than the Onondaga County Hazardous Materials Unit! They evidently were able to clean up the spill.

The fire chief later explained to the media that the liquid spice is dangerous if inhaled in large amounts. Even the finest spice can be overwhelming when we get too much of it. In the same way, the doctrines and disciplines of the Christian life must be kept in balance.2 The key is to have balance. One needs balance in life. You don’t want to be so heavenly minded that you are no earthly good.

“Don’t be excessively wicked, and don’t be foolish. Why should you die before your time? It is good that you grasp the one and do not let the other slip from your hand. For the one who fears God will end up with both of them.” (Ecclesiastes 7:17–18, HCSB)

God’s wisdom gives me balance. Just as I am not supposed to be excessively righteous, I should not be excessively foolish. Both can be a problem. Being too seemingly holy prevents you from making an influence in other people’s lives. Being foolish and wicked can cause you to not live long enough to make a difference in the lives of others.

The dogged pursuit of foolishness, just as much as the committed quest after wisdom and righteousness, brings bad consequences, for both are incompatible with the fear of God (Ecclesiastes 7:18). Both represent, in their own way, a refusal to accept the limitations God sets on mortal beings.3

So Solomon’s point is not to avoid all extremes. Rather, it is to accept the human condition and to find a way of faith within it.4

To have faith means that I grasp righteousness and wisdom, but that I trust God with the results.

The chain of thought here is the contrast between the righteous and the wicked. Solomon observes that neither the righteous (“just”) person nor the “wicked” always gets the appropriate reward (as we see in Ecclesiastes 7:15). This being the case it is no good pretending to be what one is not—very righteous or very wise. That way of life fools neither God nor neighbor and threatens to be self-destructive in its hypocrisy (as we see in Ecclesiastes 7:16–18). In contrast, the “wisdom” that skirts both temptations carries more clout than the political influence of the whole city council (Ecclesiastes 7:19).5

4. It helps me to ask forgiveness when I sin (Ecclesiastes 7:20)

“There is certainly no righteous man on the earth who does good and never sins.” (Ecclesiastes 7:20, HCSB)

The human potential for wisdom is limited, and so is the potential for righteousness. The quest for perfection is futile in a fallen world, and even the most energetic and valiant efforts to achieve righteousness will be mixed with evil. Legalism often produces an obsession with righteousness. From the people who bring an entitlement mentality into their relationship with God because they believe they have earned enough “righteousness points” to deserve protection from all trouble, to those who make lists of every possible offense they may have committed that day, an obsession with righteousness takes many forms.7

5. It helps me to bear criticism and not criticize others (Ecclesiastes 7:21-22)

“Don’t pay attention to everything people say, or you may hear your servant cursing you, for you know that many times you yourself have cursed others.” (Ecclesiastes 7:21–22, HCSB)

Even if we do not have servants to curse us, sooner or later we are bound to overhear somebody saying something about us that may be unkind or untrue. Usually our first reaction is to get angry. What we ought to do instead is let it go, realizing that it was never intended for us to hear anyway and may well have been spoken in a moment of weakness or misjudgment. It is foolish for us to eavesdrop. “If all men knew what each said of the other,” Pascal darkly observed, “there would not be four friends in the world.”8

6. It helps me accept the fact that I can’t grasp everything that God is doing in this world (Ecclesiastes 7:23-25)

“I have tested all this by wisdom. I resolved, “I will be wise,” but it was beyond me. What exists is beyond reach and very deep. Who can discover it? I turned my thoughts to know, explore, and seek wisdom and an explanation for things, and to know that wickedness is stupidity and folly is madness.” (Ecclesiastes 7:23–25, HCSB)

Solomon resolved to be wise, but he never was able to figure everything out on his own. There is so much out there that God has for us that we never discover the depths and riches of His grace and help.

7. It helps me to face the sinfulness of humanity in general (Ecclesiastes 7:26-29)

“And I find more bitter than death the woman who is a trap, her heart a net, and her hands chains. The one who pleases God will escape her, but the sinner will be captured by her. “Look,” says the Teacher, “I have discovered this by adding one thing to another to find out the explanation, which my soul continually searches for but does not find: among a thousand people I have found one true man, but among all these I have not found a true woman. Only see this: I have discovered that God made people upright, but they pursued many schemes.”” (Ecclesiastes 7:26–29, HCSB)

Just as there is so much out there and I can’t figure it all out, there is also so much sinfulness in humanity. One can easily look at the world and one may think that it is too easy to give up.

At this point there are two main choices. One is to give up completely and give in to despair. But Solomon never did that, and neither should we. The best alternative is to admit that we do not have all the answers, but also to believe that God still does, and then to wait for whatever wisdom he provides. This is the way of humility and faith—what Calvin once called a “learned ignorance.”9 We should try as hard as we can to understand the meaning of life. But we should also be content to confess that there are some mysteries we do not understand. “Doubt wisely,” wrote the preacher and poet John Donne. Knowing the limits of wisdom is part of wisdom. The more we know, the more we should realize how little we know, and that whatever wisdom we gain comes as a gift from God.10

Lee Edward Travis was the founding dean of the Graduate School of Psychology at Fuller Seminary. His intellectual pilgrimage illustrated Solomon’s frustration. As a brilliant young psychologist, he was the first American to develop techniques of electroence phalography and study human brain waves. As he began his research he was heady with the hope of getting to the core of what it means to be human. Yet the more he worked in the lab at the University of Iowa the further away he found himself from the profound aims of his research. Later, he turned to the study of speech impediments, especially stuttering.

For years he labored with students and colleagues to understand the physical and emotional causes of defective speech. He helped to found the American Speech and Hearing Association. Along the way, he transferred his hope from brain-wave research to studies in speech pathology. Again his hopes were dashed. The closer he tried to approach the essence of humanity the further away it moved. Finally, when he met Christ as Lord and Savior, he uttered his “Eureka!” In that one encounter, he had found the answer both to what we human beings are and to what we need. A wise man always, yet he, in Christ, came to know the wisdom beyond wisdom.11 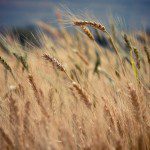 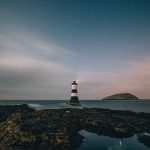 June 21, 2017 5 Times God Shows His Faithfulness
Recent Comments
0 | Leave a Comment
"I would of gone just I little further with the scripture that you mentioned so ..."
D.M.S. What Christian Growth Looks Like
"i really gain a lot of insight on how to defend marriage. This article was ..."
Nathan Andreas Mark 10:1-12 How to Defend Biblical ..."
"Excellent exposition, Jim -- Yes, and discernment is actually a free gift of the Spirit ..."
tovlogos What Christian Growth Looks Like
"Good analysis. For the generational gap the means of information doesn't change the content."
Jesse H 5 Major Fault Lines in the ..."
Browse Our Archives
get the latest updates from
Jim Erwin
and the Patheos
Evangelical
Channel
POPULAR AT PATHEOS Evangelical
1