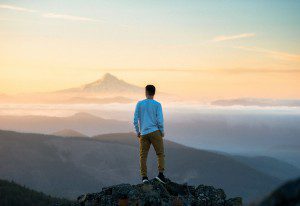 One of the terms of Colleen Cudney’s probation for her 2012 DUI conviction is that she is not supposed to drink at all, and must take random Breathalyzer tests. In March 2014, she boasted on her Facebook page that she passed a test even though she’d consumed alcohol the day before.

What she didn’t think about before posting her boast was that Facebook is a public forum. A local police officer saw the post, and she was arrested for violating the terms of her probation. Cudney displayed her lack of wisdom in two ways: one is the obvious choice to post her probation violation in a public forum; the other is the choice to continue to drink when she obviously has a problem.1

Solomon has spent the previous nine chapters describing wisdom. He has shared examples of what wisdom is, to the natural and secular person. When one observes the world, one can see wisdom. In this chapter, he turns to folly or foolishness. If wisdom brings about what is right, then foolishness results in what is wrong.

A “fool” in the Biblical sense is not necessarily someone with below-average intelligence. Folly does not always show up on the low end of the IQ scale. Rather, the term refers to someone who lacks the proper fear of God and therefore is prone to go the wrong direction in life.2

The chapter begins with an introduction to the fool. Solomon lists three general characteristics that help a person spot a fool.

This is the exact opposite to the reputation of the wise person, which was described earlier in Ecclesiastes.

Unlike the earlier comparison, the fool’s reputation stinks. It doesn’t take much to ruin the reputation of a fool. One of the reasons this is true is because they have a different worldview.

In the ancient world, the right hand was the place of power and honor, while the left hand represented weakness and rejection. This is why Jesus tells the goats to go to the left of Him during the judgment.

““Then he will also say to those on the left, ‘Depart from me, you who are cursed, into the eternal fire prepared for the devil and his angels!” (Matthew 25:41, CSB)

Many people considered the left side to be “unlucky.” (The English word “sinister” comes from a Latin word that means “on the left hand.”). This also may explain why the English drive on the left-hand side of the road.

Since the fool doesn’t have wisdom in his heart, he gravitates toward that which is wrong (the left) and gets into trouble.3

“The wise person has eyes in his head, but the fool walks in darkness. Yet I also knew that one fate comes to them both.” (Ecclesiastes 2:14, CSB)

Unlike the wise person – whose path is correct, the fool’s path is corrupt and shady. Because of this, one can spot a fool. This leads me to the third outward characteristic of a fool.

“Even when the fool walks along the road, his heart lacks sense, and he shows everyone he is a fool.” (Ecclesiastes 10:3, CSB)

People try to correct him, but he refuses to listen, and this tells everybody that he is a fool. He doesn’t have any sense and he shows it by his actions. You can spot a fool a mile away by the way they act.

From here, Solomon turns to four categories of fools.

Naturally, the first category of fools begins with politicians. Not all politicians are foolish, but many are.

There may be fools in national leadership. There can be odd reversals of position and prestige that will thwart wisdom, by foolish politicians. The rich, who are people with resources, may lack opportunity. At the same time, people with opportunity (politicians) may lack resources.4

The second category of fools are workers. Here, he lists four kinds of workers. Construction workers, stone quarry workers, lumberjacks, and snake charmers are all put together in the category of foolish workers. Solomon doesn’t mean that these professions are foolish. He is pointing out that work gives us the opportunity to act foolish and have accidents.

These proverbs speak about the danger of foolish workers. Accidents do happen and with enough regularity to cause governments, corporations, and labor unions to plaster the walls of the workplace with suggestions for safety and notices of penalties where the suggestions are not heeded. Work is wisdom’s world as well as home, palace, marketplace, and city gate.5

From workers, Solomon moves to foolish talkers. Our talk can be foolish. People can be foolish in their speech. They can be very selfish and that by definition is foolish.

Talk is the test of wisdom. Gracious words will be kindly, appropriate, helpful and attractive. The fool’s words consume him, damaging his reputation (as we read about in Ecclesiastes 10:3) and the possibility of his doing good.6

We can also apply the same principles at the personal level. There is a time and a place for feasting in the Christian life. But there is also a danger of wasting our lives by living for our pleasures. How do you spend your mornings? Here is a word to the wise: get up early to do whatever kingdom work God has given you to do. What is your relationship to food and alcohol? Here is another word to the wise: do not eat and drink to sinful excess, but exercise self-control by the power of the Holy Spirit.7

It is possible that Ecclesiastes 10:17 is an indirect prophecy of Jesus Christ.

“Because of laziness the roof caves in, and because of negligent hands the house leaks.” (Ecclesiastes 10:18, CSB)

Fools are lazy. They are negligent. They should be able to do the job, but they don’t. Failure to do required maintenance or to attend to necessary tasks can cause significant damage to an important project, a well-built structure, or a political dynasty.8

“A feast is prepared for laughter, and wine makes life happy, and money is the answer for everything.” (Ecclesiastes 10:19, CSB)

This verse declares the personal philosophy of the foolish officers: Eat all you can, enjoy all you can, and get all you can. They are totally indifferent to the responsibilities of their office or the needs of the people.9

Fools care for the things of this world and are indifferent to the Gospel. They don’t care for other people.

“Do not curse the king even in your thoughts, and do not curse a rich person even in your bedroom, for a bird of the sky may carry the message, and a winged creature may report the matter.” (Ecclesiastes 10:20, CSB)

This is probably where the phrase “a little bird told me” comes from. The idea is that a wise person keeps confidences. A fool spreads rumors. A fool is not careful when they criticize. Say something stupid and before you know it, everyone knows about it. This is especially true when it comes to social media.

One of the riskiest things for foolish people to do with their words is to criticize people in authority—in this case, people with power and political influence. In some countries, criticizing the government is tantamount to treason. That is especially true in an absolute monarchy, which in Biblical times would have included most nations. Gossip about the government—even in secret—and your words may well get you into trouble. Cursing political leaders is wrong in itself, which is something Christians who live in a democracy need to remember before, during, and after every election cycle.10

These qualities will always be found in fools.

On this last point we should remind ourselves that it is always possible for one loud fool to persuade the masses to go along with him or her, even on the most implausible and mad of crusades. One thinks of the shocking absurdity of Adolf Hitler, an unimposing man with dark hair, ranting to large crowds about the supremacy of the blond, Aryan warrior race, and of all the misery and wickedness that followed the suspension of disbelief among those who heard him.

It will always be the case, however, that a fool (precisely because he or she is a fool) will eventually come to grief. A German friend remembers well the day that Hitler’s troops invaded Russia, for he saw his father stalking around his home muttering, “The fool! The fool!” So it always ends for those who think themselves wise but are not. So it always ends for those who are fools or listen to fools.11

As Christians, we are called to be wise. At the same time, we have to learn to be aware of the way fools acts. It takes wisdom to be on the watch for fools. It takes discernment to help a wise person learn from the fool. As Paul said:

“Pay careful attention, then, to how you live—not as unwise people but as wise—making the most of the time, because the days are evil. So don’t be foolish, but understand what the Lord’s will is.” (Ephesians 5:15–17, CSB)

Photo by Tim Bogdanov on Unsplash 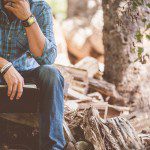 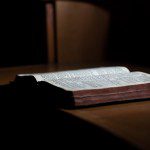 July 28, 2017 7 Signs of Passion for God's Word
Recent Comments
0 | Leave a Comment
"I would of gone just I little further with the scripture that you mentioned so ..."
D.M.S. What Christian Growth Looks Like
"i really gain a lot of insight on how to defend marriage. This article was ..."
Nathan Andreas Mark 10:1-12 How to Defend Biblical ..."
"Excellent exposition, Jim -- Yes, and discernment is actually a free gift of the Spirit ..."
tovlogos What Christian Growth Looks Like
"Good analysis. For the generational gap the means of information doesn't change the content."
Jesse H 5 Major Fault Lines in the ..."
Browse Our Archives
get the latest updates from
Jim Erwin
and the Patheos
Evangelical
Channel
POPULAR AT PATHEOS Evangelical
1