Things Will Eventually Get Better 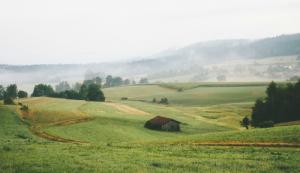 Things Will Eventually Get Better

Sometimes, life seems to be so terrible. Nothing seems to be going right. You are stuck in a rut and you wonder if things will ever get any better. That is how the Israelites felt when Micah came on the scene. They were in exile in Babylon. They were wondering if they were ever going to leave this place. Would things ever get better for them?

God’s answer to the prophet Micah was: Eventually…

God starts off by saying “in the last days.” That is code in the Bible for the end of time. Some scholars equate it with the return of Jesus, His 1000 year reign, or the end of time in a newly transformed Heaven and Earth.

The point of this passage for the people of Israel was this: God would eventually make everything better.

THREE SURE EXAMPLES THAT PROVE THINGS WILL GET BETTER

1. God’s mountain (and therefore His reign, strength, and power) would be higher than any other mountain. (Micah 4:1)

“In the last days the mountain of the Lord’s house will be established at the top of the mountains and will be raised above the hills. Peoples will stream to it,” (Micah 4:1, CSB)

2. People will seek God again. They won’t turn to other gods or themselves for help. They will look to God wisdom and instruction. (Micah 4:2)

“and many nations will come and say, “Come, let us go up to the mountain of the Lord, to the house of the God of Jacob. He will teach us about his ways so we may walk in his paths.” For instruction will go out of Zion and the word of the Lord from Jerusalem.” (Micah 4:2, CSB)

3. God’s reign is promised to be marked by a period of unending peace. There will be no more war between people. Everyone will be content and safe. (Micah 4:3-5)

“He will settle disputes among many peoples and provide arbitration for strong nations that are far away. They will beat their swords into plows and their spears into pruning knives. A nation will not take up the sword against nation, and they will never again train for war. But each person will sit under his grapevine and under his fig tree with no one to frighten him. For the mouth of the Lord of Armies has spoken. Though all the peoples each walk in the name of their gods, we will walk in the name of the Lord our God forever and ever.” (Micah 4:3–5, CSB)

God will do as He has promised to His people. For those of us who look to that day, we have to consider the present trials and difficulties as “nothing compared to the glory that awaits before us.” (Romans 8:18)

Today may be hard. The next few weeks may be a tough road to hoe. But in the end, things will eventually get better.

Photo by Fritz Bielmeier on Unsplash

November 28, 2017
Is There Moore Silent Support From Evangelicals For Roy?
Next Post 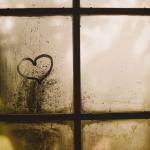 December 7, 2017 How to Walk Through My Emotions With Jesus
Recent Comments
0 | Leave a Comment
Browse Our Archives
Follow Us!

Church Should Be Your Excuse for...
The Chorus In The Chaos
Related posts from Jim Erwin