A Reminder of What Christ Will Be 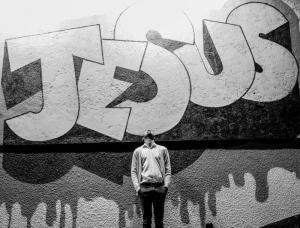 A Reminder of What Christ Will Be

That name was a reminder from a father to his son about who he was. He was reminded every time someone called out his name that he was a child of God and had peace with God in Jesus Christ.

When one thinks of Christmas, beyond the candy canes, cookies, gifts, and decorations, one is reminded of the birth of Jesus Christ. One is reminded of the meaning of the name Jesus Christ. He is called Jesus because He will save people from their sin. His title was Christ, the Greek translation of the word Messiah in Hebrew. The word means the “Anointed One” or the One who God has chosen to rule on Earth. The first name points to a fact of history that as Christians we rely on. The last name points to a future, one that Christmas should remind us about.

The passage speaks of a prophecy. As an Old Testament prophet, Isaiah probably saw this as one extended prophecy. During the time of Jesus’ birth, that is how the religious leaders saw this prophecy. They thought that a baby would be born who would rule. They saw the names in Isaiah and people would be reminded that there would be a Savior and a King who would come to rule.

FIVE ROLES THAT GOD PROPHESIED WHAT HIS SON WILL BE1

The point of the birth of Jesus – the point of Christmas is that He will come for us. Jesus later said that He came to serve and to save (Matthew 20:28).

God has given us a son. Just as John states in another place: God gave His Son so that those who trust Him will not perish but have everlasting life. God gave a son so that we could have eternal life. Christmas reminds us that God gave His Son to us for our eternal sakes.

This is when the prophecy separates into two periods. As Jews, they looked to one event. As Christians, we now see two events. So Christmas reminds us of some unfinished business that God will attend to. He will establish a government in which His Son will be king and ruler.

Jesus won’t be called Prime Minister, Chancellor, or President. There will be no human evaluation that states how Jesus will rule. Instead, we have four titles which the people will use about Jesus. These titles will define the way He will rule.

Everyone looks for peace. Only One can bring true peace. The Old Testament prophet predicted that there would be a “Prince” who would come and bring peace. That coming Prince of Peace is Jesus of Nazareth. Here in Isaiah 9:1-7, God shares with Isaiah a two-stage development in which the true Prince of Peace would come.

First, Isaiah is told that there is a distress that only One can solve (Isaiah 9:1). God points to the present and then looks back in order to look forward.

“The dominion will be vast, and its prosperity will never end. He will reign on the throne of David and over his kingdom, to establish and sustain it with justice and righteousness from now on and forever. The zeal of the Lord of Armies will accomplish this.” (Isaiah 9:7, CSB)

So tonight, let’s look at Jesus. As the Wonderful Counselor, he has the best ideas and strategies. Let’s follow him. As the Mighty God, he defeats his enemies easily. Let’s hide behind him. As the Everlasting Father, he loves us endlessly. Let’s enjoy him. As the Prince of Peace, he reconciles us while we are still his enemies. Let’s welcome his dominion3

The contemporary significance of this passage of Scripture comes down to this: Have we allowed the Child-King to take over the government of our lives? Only then can we know the benefits of God with us. We cannot have the light, the honor, the joy, the abundance, the integration that he offers in any other way.4

As we reflect on Christmas tonight, let’s not just think and speak about what was – the birth of a son, but let’s be reminded of what Christ will be.

Photo by Gift Habeshaw on Unsplash

December 28, 2017 3 Lessons I Can Learn From Failure
Recent Comments
0 | Leave a Comment
Browse Our Archives
Follow Us!

Evangelical
Working Together to Accomplish the Mission of the...
Jim Erwin

Evangelical
How to Start Off on the Right Foot...
Jim Erwin
TRENDING AT PATHEOS Evangelical