How to Be a True Christian Witness 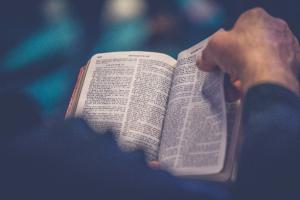 How to Be a True Christian Witness

In Mark, there is no family tree. There is no beginning. The reason is that Mark presents Jesus as a slave. Jesus is first and foremost the ultimate example of a slave to God.

Jesus is God’s Son. But in Mark, He acts as God’s Slave. Slaves have no family history. Their history is insignificant. So a true Christian witness will not be concerned about family history. The first allegiance is to Jesus Christ.

In the Gospel of Mark, Jesus is presented as the ultimate example of being a servant of God. In order to be a true Christian witness, one needs to be a servant.   Sonship comes with privileges. Servanthood comes with priorities.

Because I am a slave to God and not to the world. I need to be bold. The first verse reminds us that this book is about the good news of Jesus Christ. Mark wrote this book.

Authorship: Who was Mark?

This Gospel, like Matthew, Luke, and John, does not contain the name of the author.

The internal evidence may suggest a person who wrote the Gospel of Mark:

“Now a certain young man, wearing nothing but a linen cloth, was following him. They caught hold of him, but he left the linen cloth behind and ran away naked.” (Mark 14:51–52, CSB)

Early Christian tradition and modern scholarship hold the author to be John Mark, referred to in Acts 12:12 and Acts 13:13.

“As soon as he realized this, he went to the house of Mary, the mother of John Mark, where many had assembled and were praying.” (Acts 12:12, CSB)

“Paul and his companions set sail from Paphos and came to Perga in Pamphylia, but John left them and went back to Jerusalem.” (Acts 13:13, CSB)

“Aristarchus, my fellow prisoner, sends you greetings, as does Mark, Barnabas’s cousin (concerning whom you have received instructions: if he comes to you, welcome him),” (Colossians 4:10, CSB)

Since Peter called Mark “my son” (1 Peter 5:13), it is probable that it was Peter who led Mark to faith in Jesus Christ.1

As was frequently done in that day, John had both a Jewish name and a Roman name. John is Jewish, and Mark or Marcus is Roman.2

Because of reference to the destruction of the Temple in Jerusalem (Mark 13:2), the date of composition may be around the time this event occurred, A.D. 70. Because it was written in Greek and interprets phrases in Aramaic (5:41; 7:34; 15:34), the language of Palestine, the original readers were not Palestinians. Explanation of Jewish customs (7:3-4) makes it equally likely that the original readers were Gentiles.3

Purpose: Why did Mark write the letter?

Mark wrote to preserve the story of Jesus after the deaths of first-generation Christians such as Peter.4 Many scholars agree that the Gospel of Mark is actually the Gospel of Peter. By that, I mean that Mark records many of the events that Peter experiences.

“As it is written in Isaiah the prophet: See, I am sending my messenger ahead of you; he will prepare your way. A voice of one crying out in the wilderness: Prepare the way for the Lord; make his paths straight!” (Mark 1:2–3, CSB)

You know how you remember things, don’t you? You merge what you remember together into units. Let me explain. When I talk about movies, I will group them into categories: westerns, comics, science fiction. Within science fiction, I may talk about different sources and merge them. I may talk about Star Wars and refer to any of the eight movies now in the franchise. I may quote Star Wars in general, but the exact quote comes from two different “source” movies.

““I am going to send an angel before you to protect you on the way and bring you to the place I have prepared.” (Exodus 23:20, CSB)

“A voice of one crying out: Prepare the way of the Lord in the wilderness; make a straight highway for our God in the desert.” (Isaiah 40:3, CSB)

““See, I am going to send my messenger, and he will clear the way before me. Then the Lord you seek will suddenly come to his temple, the Messenger of the covenant you delight in—see, he is coming,” says the Lord of Armies.” (Malachi 3:1, CSB)

Mark probably quotes three references to show that he believes in the validity of the Old Testament. By quoting these verses, Mark certifies that the Torah (Exodus), the Major Prophets (Isaiah), and the Minor Prophets (Malachi) confirm what he is about to tell.5

Since Isaiah wrote the larger work, Mark attributes the source from Isaiah’s set of prophecies. Malachi was also a prophet. His source is just not as famous as Isaiah. The point of quoting these verses was to tie the salvation prophesied in the Old Testament with John the Baptist and Jesus.

“John came baptizing in the wilderness and proclaiming a baptism of repentance for the forgiveness of sins. The whole Judean countryside and all the people of Jerusalem were going out to him, and they were baptized by him in the Jordan River, confessing their sins.” (Mark 1:4–5, CSB)

John was preaching the need for repentance. His baptism was for preparation of the coming Messiah.

As Grant Osborne states: John’s “task is to prepare the highway so that Jesus can lead lost humankind to Zion, bringing redemption to all.”6

“John wore a camel-hair garment with a leather belt around his waist and ate locusts and wild honey. He proclaimed, “One who is more powerful than I am is coming after me. I am not worthy to stoop down and untie the strap of his sandals.” (Mark 1:6–7, CSB)

John prepared people and he also shared with people. In a world that believes that they themselves are number one, John told people that Jesus was Number One.

John the Baptist had all of the opportunities to be Number One. Luke tells us that John is conceived by a miracle, announced by Gabriel, the archangel, and filled with the Holy Spirit while still in his mother’s womb. John the Baptist also has the preparation to be Number One. Scholars identify him as a member of the Nazirites, the Essenes, or the Qumran society. Each group is synonymous with rigid disciplines, such as eating no meat and drinking no wine.

John has the image to go with those disciplines. He appears in a hair shirt tied down with a leather belt, and he subsists on a diet of locusts and wild honey. What a character—fitting for a biblical Bigfoot or a spiritual Sasquatch! Imagine flaming hair, steely eyes, chiseled face, and a wiry body wound as tightly as a coiled spring. What an image—fitting for a prophet and magnetic with a crowd! John the Baptist is perfect for a media age when style is all-important.8

Despite all this, John pointed other people to Jesus. John the Baptist says that Jesus is “Number One.” He broadcasted that message to everyone.

“I baptize you with water, but he will baptize you with the Holy Spirit.” In those days Jesus came from Nazareth in Galilee and was baptized in the Jordan by John. As soon as he came up out of the water, he saw the heavens being torn open and the Spirit descending on him like a dove.” (Mark 1:8–10, CSB)

As part of God’s identity, when a person comes to Christ and believes in Him, they identify and connect with this new spiritual family name. A Christian is Spirit-filled because Christ was Spirit-filled. In the Old Testament, the Spirit descended and left the prophets for short periods of time. Here, and in the future, the Spirit inhabits Christ and Christ’s followers forever.

The sixth trait of a true Christian witness is a form of steadiness. Jesus was consistent and steady in His witness. This came because He knew Who His Father was. He was loved by God the Father. He had a positive relationship with His Father and that gave Jesus the steadiness He needed to accomplish the mission God sent Him out to do.

God calls out and says that Jesus is His Son. God shows that He loves His Son. One sees here that the Spirit descends upon Jesus to help Him. Jesus is loved by God and at the same time submits to God the Father. The three People of the Trinity are all equal but have different roles.

In the Gospel of Mark, Jesus is presented as the ultimate example of being a servant of God. In order to be a true Christian witness, one needs to be a servant. Sonship comes with privileges. Servanthood comes with priorities.

Through Athens, Greece runs one of the world’s refugee highways, on which millions of desperate people travel after being forced from their homelands by violence, terror, and persecution. These refugees seek a safe place to end their journey and begin new lives in freedom and silence. In May 2006, a missionary in Athens, Kallie Skaife, reported what happened to an Iranian man identified as “M”:

In 2003, everything M knew was destroyed by an earthquake measuring 7.45 on the Richter scale. He was tortured by the question of why something like this would happen. He went to live with relatives in Afghanistan, was married, and had a daughter. But he was still filled with despair.

Leaving his family behind, M headed west and ended up in Athens, staying with other relatives. Though he and all his family were Muslims, M became interested in Christianity, finding himself strangely drawn to the crosses he saw decorating the Orthodox churches in the city. M was given a Bible and started reading. Since his relatives forbade such a thing, M used a tiny flashlight to read during the night after his uncles were asleep.

He studied the Bible this way for two years. Finally, M realized God was calling him to be born again. He contacted the refugee ministry center, declared his faith in Christ, and asked for more information.

On Sunday, May 7, 2006, M set his alarm for 6:00 a.m. He wanted to spend time reading his Bible and praying because on that day he was to be baptized at a fellowship with other Iranian believers. But M’s cousin had discovered the plan. Before M’s alarm went off, the cousin boiled water in a saucepan and poured it on M while he slept, scalding both thighs and one arm.

M came to the baptism anyway. Standing before those gathered, the burn on his arm clearly visible, M declared, “No matter what they do to me, I will love Jesus.”9

Photo by Rod Long on Unsplash

Healing As a Witnessing Tool 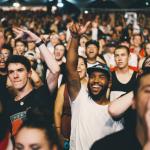 June 18, 2018
A Christian's Response to the Culture
Next Post 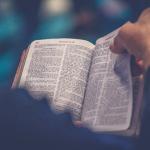 June 21, 2018 Submitting to the Authority of Jesus Christ in My Life
Recent Comments
0 | Leave a Comment
Browse Our Archives
Follow Us!

Evangelical
Working Together to Accomplish the Mission of the...
Jim Erwin

Evangelical
God Is With Me at HOME for the...
Jim Erwin
TRENDING AT PATHEOS Evangelical