How to Encourage Positive Church Community 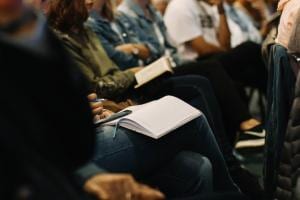 How to Encourage Positive Church Community

In his autobiography Alias Jungle Doctor, Dr. Paul White concludes his chapter “Doctor at Work” on his medical career: “I found that friendship, fellowship and encouragement lifted a person’s morale. Encouragement, be it physical or spiritual, is the most powerful and useful tonic in any pharmacopoeia.”1

I think that one of the themes in the book of Hebrews is the power of positive church community. Some people believe that Hebrews 10 speaks about meeting together as a community, a church. However, I think that the writer of Hebrews was also asking Christians to be in community much earlier.

First, look at the similarities between Hebrews 3 and Hebrews 10:

“But encourage each other daily, while it is still called today, so that none of you is hardened by sin’s deception.” (Hebrews 3:13, CSB)

“not neglecting to gather together, as some are in the habit of doing, but encouraging each other, and all the more as you see the day approaching.” (Hebrews 10:25, CSB)

In this section of Hebrews, we are told in three different ways to build positive church community. You may look at this text and wonder how I can see that. But I think that the writer of Hebrews is dealing with a group of people who are frustrated with their Christian faith. They are pressured by the world to go back to their old ways. They want to leave.

“where your fathers tested me, tried me, and saw my works for forty years. Therefore I was provoked to anger with that generation and said, “They always go astray in their hearts, and they have not known my ways.”” (Hebrews 3:9–10, CSB)

God’s first generation to come out of slavery were the most bitter people ever. They tested and tried God for forty years. They showed a frustration that unbelievable. Why were they so frustrated? Because when God led them out of Egypt, He placed a higher level of expectations on them. He told them that they needed to trust Him, and not anyone or anything else.

Their frustration led them to be strayed by the social pressure from the world.

In the case of the Israelites, the pressure was there to return to Egyptian society. The people of God would rather eat as slaves, then be free. The reason is because freedom requires personal responsibility. If you are slave, then someone takes care of you. If you are free, then you need to take care of yourself.

People in today’s world act like the Israelite generation who wanted to return to Egypt. They are slaves to the individuality of the world. They may have many conveniences, but in a way, it’s a form of slavery. It can lead to a form of rebellion against God.

Because keeping your faith alive requires personal responsibility. God will take care of me. But I need to take care of my relationship with God. It’s like the engine of a car. The engine will drive the car and get you somewhere. Yet, you as a driver need to make sure the engine stays in working order. You have to do maintenance.

The Israelites, in this case, were not doing spiritual maintenance.

This pressure from the world, along with lack of personal responsibility with my faith leads to a desire to leave. All of these challenges breed a sense of negativity and discouragement. The church has to develop a community that fights against this discouragement.

“So we see that they were unable to enter because of unbelief.” (Hebrews 3:19, CSB)

You can’t move anywhere in God’s economy without faith. Those who have unbelief are unable to enter into God’s promises. They are missing out. Just as the Israelites missed out on the Promised Land, Christians miss out on the promises of God being fulfilled in their lives.

“And to whom did he swear that they would not enter his rest, if not to those who disobeyed?” (Hebrews 3:18, CSB)

“With whom was God angry for forty years? Wasn’t it with those who sinned, whose bodies fell in the wilderness?” (Hebrews 3:17, CSB)

The sin of Israel is stated in Hebrews 3:12 “departing from the living God.” The Greek word gives us our English word “apostasy.” This is the only place this word is used in Hebrews. Does “apostasy” mean abandoning one’s faith and therefore being condemned forever? That does not fit into this context. Israel departed from the living God by refusing God’s will for their lives and stubbornly wanting to go their own way back to Egypt. God did not permit them to return to Egypt. Rather, He disciplined them in the wilderness. God did not allow His people to return to bondage.

The emphasis in Hebrews is that true believers have an eternal salvation because they trust a living Saviour who constantly intercedes for them. But the writer is careful to point out that this confidence is no excuse for sin. God disciplines His children. Remember that Canaan is not a picture of heaven, but of the believer’s present spiritual inheritance in Christ. Believers who doubt God’s Word and rebel against Him do not miss heaven, but they do miss out on the blessings of their inheritance today, and they must suffer the chastening of God.2

“For who heard and rebelled? Wasn’t it all who came out of Egypt under Moses?” (Hebrews 3:16, CSB)

The final step of this slippery slope is rebellion. It is amazing that Christians will want to openly rebel against God’s grace. Rebellion against God and His ways is a choice. One might think that this cannot happen to Christians. Yet it happens because Christians are not yet perfect. They still need the leadership of the Holy Spirit in their lives.

What the writer of Hebrews is telling us is that there are people who are in danger of missing out on what God has for them today. The reason that can happen is because they have become discouraging and rebellious Christians. They have heard what God said to them, but they chose not just to disobey and sin, but they go a step further and openly rebel against God. There are consequences for this rebellious nature.

“Don’t rebel against the Holy Spirit”

“Therefore, as the Holy Spirit says: Today, if you hear his voice, do not harden your hearts as in the rebellion, on the day of testing in the wilderness,” (Hebrews 3:7–8, CSB)

In the movie, The Horse Whisperer, Tom Booker, played by actor Robert Redford, employs his special gift of “gentling” horses.

A tense, New York magazine editor can’t believe her eyes as she witnesses the gradual transformation of her daughter’s horse from traumatized to tamed. In one telling scene, the horse, frightened by the editor’s ringing cell phone, gallops off into the far end of a large pasture. Booker walks into the pasture and sits down, where he waits for what appears to be hours. The horse, drawn by its curiosity, inches closer and closer. Finally, it cautiously approaches close enough to touch the “whisperer,” and allows itself to be led back to the safety of its stall.

That’s the way it is with God, as he “gentles” the untamed or traumatized people who run from him.3

This warning is also a warning to us today. We need to warn each other against those would slide away from the faith and try to take people away from the church community.

“But encourage each other daily, while it is still called today, so that none of you is hardened by sin’s deception.” (Hebrews 3:13, CSB)

Many churches are in need of what every football team has: cheerleaders. The job of a cheerleader is to tell everybody “we’re going to make it.” No matter how bad things look on the scoreboard, there is still hope. Cheerleaders cheer all the way to the end of the game and will act like the team is winning by a big score even when there may be no way that a victory is possible. Their job is to be a cheerleader.

When folks come into today’s sanctuary with broken lives, they need to run into some cheerleaders, folks who are willing to cheer them on and tell them that they are going to make it.4

Photo by Nicole Honeywill on Unsplash

7 Ways to Build HARMONY in the Church
Resume My Journey God Has For Me
Revelation 14:6-13 Seven Messages of Hope for Today
5 Church Evangelism Principles 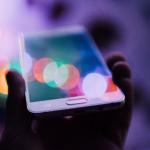 January 15, 2019
Reaching Out to the Digital Generation for Jesus Christ
Next Post 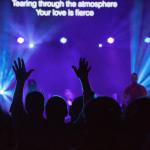 January 27, 2019 How My Church Can Help Me
Recent Comments
0 | Leave a Comment
"i really gain a lot of insight on how to defend marriage. This article was ..."
Nathan Andreas Mark 10:1-12 How to Defend Biblical ..."
"Excellent exposition, Jim -- Yes, and discernment is actually a free gift of the Spirit ..."
tovlogos What Christian Growth Looks Like
"Good analysis. For the generational gap the means of information doesn't change the content."
Jesse H 5 Major Fault Lines in the ..."
"Good study ....but example from ot charater may be inserted"
A TAMIL MARAN Nahum 1:1-7 Giving Comfort
Browse Our Archives
get the latest from
Jim Erwin
Sign up for our newsletter
POPULAR AT PATHEOS Evangelical
1