How to Respond to My Spiritual But Not Religious Friends 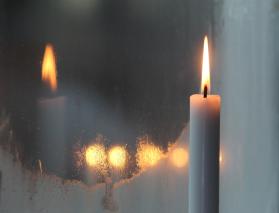 How to Respond to My Spiritual But Not Religious Friends

How to Respond to My Spiritual But Not Religious Friends is the third sermon I want to share with you in this series on “How to Engage My Spiritual Friends.”

“If anyone thinks he is religious without controlling his tongue, his religion is useless and he deceives himself. Pure and undefiled religion before God the Father is this: to look after orphans and widows in their distress and to keep oneself unstained from the world.” (James 1:26–27, CSB)

It’s clear that there is a change in the culture today with how people engage with the church. The Pew Report has completed the same religious survey for years and they show a trend.

According to new data from the General Social Survey, the number of Americans who answered “no religion” in response to the question “What is your religious tradition?” is now greater than those who identify as Catholics or evangelical Christians. The trend has continued for the past fifty years. According to a tweet related to that data[1]:

The 2018 GSS was just released and there’s some big news. Those of “no religion” (23.1%) are statistically the same size as evangelicals (22.8%). There was also a small resurgence of mainline Protestants, while Catholics are down 3% in the last four years.

In other words, as of 2018, you are just as likely to meet an evangelical or Baptist as you as someone who is a “spiritual but not religious.” And they will continue to increase.

The Barna Group made the following conclusion about the spiritual but not religious (SBNR)[2]:

“In other words, it does not seem as if identifying with a religion affects the practices and beliefs of these groups. Even if you still affiliate with a religion, if you have discarded it as a central tenet of your life, it seems to hold little sway over your spiritual practices.”

Linda A. Mercadante in her book Belief Without Borders: Inside the Mind of the Spiritual But Not Religious, categorizes SBNRs into five distinct categories[3]

These are the ones who have a bad experience with religion and church. Some are “protesting dissenters” who have been ‘turned off’ religious affiliation because of adverse personal experiences with it. “Drifted Dissenters” refers to SBNR folks who, fell out of touch with organized religion and chose never to go back. “Conscientious objector dissenters” refers to those SBNRs who are overtly skeptical of religious institutions and are of the view that religion is neither a useful nor necessary part of an individual’s spirituality.

“Casuals” are the people who see religious and/or spiritual practices as primarily functional. Spirituality is not an organizing principle in their lives. Rather they believe it should be used on an as-needed basis for bettering their health, relieving stress, and for emotional support. They come to church when they have a need, whether it is physical or emotional. They never commit to the church, and probably never will. Instead, these “casuals” come on occasion. The spirituality of “Casuals” is thus best understood as a “therapeutic” spirituality that centers on the individual’s personal wellbeing.

“Explorers” are the people who have a “spiritual wanderlust”. You and I would call them “church hoppers.” They go to the next spiritual experience that satisfies their curiosity. Explorers are best understood as “spiritual tourists” who take comfort in the destination-less journey of their spirituality and have no intentions of ultimately committing to a spiritual home.

“Seekers” are those people who are looking for a spiritual home but contemplate recovering earlier religious identities. These SBNRs embrace the “spiritual but not religious” label and are eager to find a completely new religious identity or alternative spiritual group that they can ultimately commit to.

Now, these SBNR seekers want to find that similar experience outside of church. This is one of the reasons why earlier “seeker” methods don’t seem to work like they once did.

“Immigrants” are those people who have found themselves in a novel spiritual realm and are trying to adjust themselves to this newfound identity and its community. These SBNRs can be best understood as those who “try on” a radically new spiritual environment but have yet to feel completely settled there.

These SBNRs see the church as a foreign country. They don’t know our language, our customs, and culture. We need to be patient and help them to get used to the church. Otherwise, they will go somewhere else where they feel the most comfortable.

Their greatest need is community. To have that, these SBNRs are looking for authenticity. James here already tells us as Christians how we should show our “religion” to the spiritual but not religious. In other words, James shows us how to respond to my spiritual but not religious friends. You want them to come to Christ and the church, then you must do three things.

THREE WAYS TO DRAW THE SBNR TO CHRIST BY MY MATURITY

“If anyone thinks he is religious without controlling his tongue, his religion is useless and he deceives himself.” (James 1:26, CSB)

Control your reactions. We too easily pop off the handle. We like to say what we think and we don’t care about the consequences of those words, whether they are online or in person. You can spout off all the ways you think you are a Christian. Yet, if you can’t control your mouth, then you are deceiving yourself. Everyone can see immaturity, and your lack of commitment to your faith.

Care for other people.

“Pure and undefiled religion before God the Father is this: to look after orphans and widows in their distress and to keep oneself unstained from the world.” (James 1:27, CSB)

Clearly one of the ways I can show others that my faith is real is by taking care of those who are in distress. Orphans and widows are two groups of people in the Bible who needed help. They would be ones who found themselves in hard times. Jesus spoke of the widow that gave all she had to show how destitute and poor she was. Jesus made it His mission to reach out to the poor and people in distress.

The best indicator of my Christian faith is my ability to reach out to those less fortunate than myself and to help them. It counteracts one of the arguments of the “spiritual but not religious” when they say that my religion is for people of influence, power, and money.

“Pure and undefiled religion before God the Father is this: to look after orphans and widows in their distress and to keep oneself unstained from the world.” (James 1:27, CSB)

The other aspect of God-pleasing behavior that James mentions is keeping oneself “unstained by the world.” As Dr. Steve Runge notes:

“Last I checked, there’s no spiritual equivalent to the kind of stain-guard coatings applied to clothing or carpets. This means instead of just playing through when spills occur, Christians must avoid the situations that would stain us in the first place. Elsewhere, Paul reminds us that completely withdrawing from this world is not a viable option unless we literally leave the planet (1 Corinthians 5:9–10). The choice we face every day and every hour is how we respond to the influences around us. When we embrace and cozy up to them, we’re very likely to get stained. Allowing God’s implanted Word and freely given wisdom to shape us and to guard our hearts and minds is the very best way we can avoid those staining influences.” [4]

If you and I want to see the SBNRs come to know Jesus, then we need to respond to them with a spirituality that shows that the religion we hold is truthful to the way of Jesus. If they are ever going to come to follow Jesus, they will do it by seeing Jesus magnified in my life.

[2]  Barna Group, “Meet the Spiritual But Not Religious,” in Faith and Christianity 16 April 2017, Internet, https://www.barna.com/research/meet-spiritual-not-religious/, accessed on 10 June 2022.

Photo by Anne Nygård on Unsplash

June 5, 2022
How to Respond to My Pride-Loving Friends
Next Post 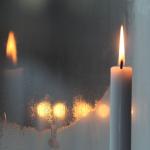 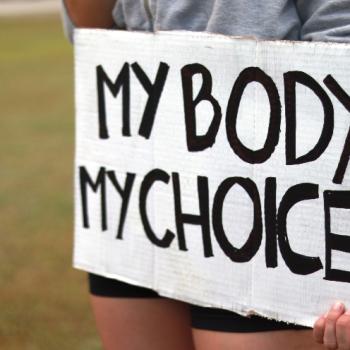 Evangelical
How to Respond to My Pro-Choice Friends
Jim Erwin 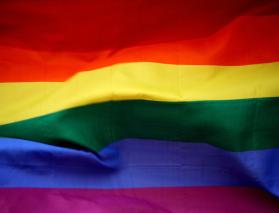 Evangelical
How to Respond to My Pride-Loving Friends
Jim Erwin 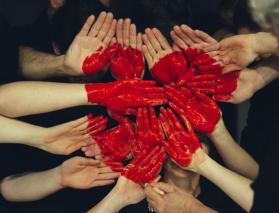 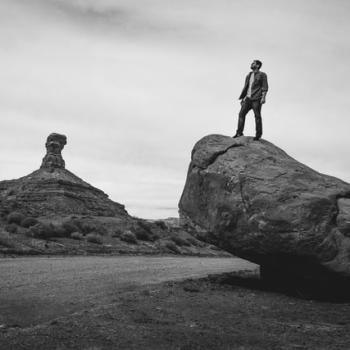 US swimmer rescued by coach after fainting and...
Three stories in today’s news are related in a very encouraging way....
view all Evangelical blogs
Copyright 2008-2021, Patheos. All rights reserved.
Close Ad