Social Justice and the Christian Voter

“History is a voice forever sounding across the centuries the laws of right and wrong. Opinions alter, manners change, creeds rise and fall, but the moral law is written on the tablets of eternity.” — James Froude

When it comes to historical hindsight, modern Christians have a tendency to believe that we would always have sided with the angels, particularly when it comes to opposing institutionalized evil. We believe, for instance, that we would have been abolitionists decrying the injustice of slavery in Britain and America.

We believe that if we lived in Germany in the 1930s we would have recognized the inherent threat of Nazism and openly condemned Hitler’s regime. And we white Southern Christians have no doubts that we, unlike our parents and grandparents, would have stood with Dr. King and our other civil rights leaders in fighting to end racial segregation.

We can’t truly know, of course, what we would have done in the past. As much as we prefer to think that we would have stood against oppression and injustice we must not forget that many honest and otherwise admirable Christians were swayed more by the zeitgeist than by the redemptive power of the Gospel. But while we can’t know how we would have faced previous trials of moral courage, we have an opportunity to test our mettle against one of the greatest tragedies in American history—abortion.

Every election season we’re reminded that God is neither a Republican nor a Democrat. From this obvious truth many people draw the conclusion that their choice in candidates is therefore morally equivalent. It isn’t. While it may be perceived as presumptuous to tell anyone who they should vote for, I truly believe that no Christian should in good conscience vote to re-elect the most pro-abortion president in America’s history.

Such a claim will be viewed as bold, hubristic, and obnoxious. It may very well be all those things; but it is also true. There are certain issues that transcend political parties and partisan politics and for Christians who believe in the Biblical ideal of justice, the protection of innocent human life is nonnegotiable. There are certainly other issues of moral importance that should be considered. But no one who works to expand and normalize institutional evil deserves the votes of a follower of Christ.

The sad and incontrovertible fact is that Barack Obama is deeply committed  to protecting and expand just such an institution evil. Under his watch, his administration has championed the destruction of the innocent and the Democratic Party has enshrined abortion as an essential right. No longer is the mantra to keep “safe, legal, and rare.” Today, the Obama administration and the DNC unequivocally support abortion on demand and opposes any efforts to limit the practice for any reason—including sex-selection and partial-birth abortions.

For that reason Obama should be inelegible for the votes of Christians who take the demands of social justice seriously.

Many Christians, though, will attempt to rationalize their decision by claiming that they are not ‘single issue’ voters. These believers never explain, however, what issues they believe take precedence over defending innocent human life. Whether the government should tax the rich more heavily or whether more can be done to protect the environment are positions on which Bible-believing Christians can honestly differ. But the demands of social justice require that we protect the weak and the innocent. And in America, none are more vulnerable and in need of protection than the unborn.

Others will claim that voting for Obama or other pro-choice candidates “will do more to address the root causes of abortion–poverty, health care, education, etc.” than voting for pro-life candidates. But this “root cause” excuse is a thin fig leaf used by those who are ill-informed about reality. For instance, if lack of education is a “root cause” of abortion, then abortion should be rare among the highly educated. Why then do woman with a college education account for almost 1 in 5 abortions? And if poverty leads to increases in abortion then we should expect increases in welfare benefits to reduce abortion rates. Why has no peer-reviewed research ever found such a connection? A “low information voter” might be able to convince themselves that supporting Obama reduces the need for abortion. But no serious Christian should use such a flimsy excuse to justify supporting an administration that supports such a grave injustice.

A Christian can be pro-life or they can vote for Obama. But to do both exhibits a disturbing level of cognitive dissonance.

The decision to not vote to reelect the president is easy. However, refusing to cast a vote for Obama does not require supporting Mitt Romney. The Republican candidate has his own history of supporting abortion and embroyo destruction—at least when the thought it would help him get elected. He also has a history of changing his position when flip-flopping is the prudent electoral move. Romney is considered a  “pro-life” candidate only because he is flexible enough to support the pro-life cause when it’s electorally convenient. In contrast, when it comes to abortion, Obama is a man of firm conviction.

When we go to the polls tomorrow we will enter the voting booths as Democrats, as Republicans, or as Independents. We will have studied the issues and prayed for guidance in making the right decisions. And, like many who have come before us, our vote will have profound historical significance. While we cannot change the events that occurred in 1857, 1939, or even 1963, history has placed before us an opportunity to rectify an evil that has plagued our country since 1972. When we cast out vote for president we must do so not on the basis of the next four years, forty years, or even four hundred years. We must do so from the perspective of eternity, knowing that we will someday have to answer for our decision before our Creator. 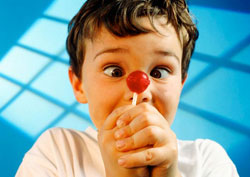 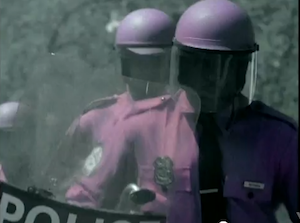