Why We Should Memorize Poems

Why We Should Memorize Poems January 28, 2013 Joe Carter

Brad Leithauser on why we should memorize text, especially poems:

My late colleague Joseph Brodsky, who died in 1996, used to appall his students by requiring them to memorize something like a thousand lines each semester. He felt he was preparing them for the future; they might need such verses later in life. His own biography provided a stirring example of the virtues of mental husbandry. He’d been grateful for every scrap of poetry he had in his head during his enforced exile in the Arctic, banished there by a Soviet government that did not know what to do with his genius and that, in a symbolic embrace of a national policy of brain drain, expelled him from the country in 1972.

Brodsky was a nonpareil in various ways, not least in being the only teacher I knew who continued to smoke during class as the air-purifying nineties rolled around. He loved to recite poetry. The words emerged through smoke, and a thick Russian accent, but the conviction and import were unmistakable: to take a poem to heart was to know it by heart. . . .

So why undergo the laborious process of memorizing a poem these days, when — tap, tap, tap — you have it at your fingertips? Has this become another outmoded practice? . . . The best argument for verse memorization may be that it provides us with knowledge of a qualitatively and physiologically different variety: you take the poem inside you, into your brain chemistry if not your blood, and you know it at a deeper, bodily level than if you simply read it off a screen. Robson puts the point succinctly: “If we do not learn by heart, the heart does not feel the rhythms of poetry as echoes or variations of its own insistent beat.”

January 28, 2013
What Happens When An Unstoppable Force Meets An Immovable Object?
Next Post

Evangelical
Why Does the English Language Have So Many...
Joe Carter 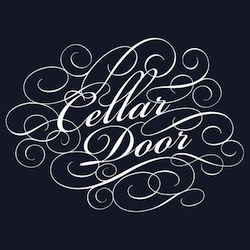 Evangelical
The Most Beautiful Phrase in English?
Joe Carter
TRENDING AT PATHEOS Evangelical