So Say We All: Why Battlestar Galactica Was the Best Sci-Fi Series Ever on Television

A shockingly large segment of the population suffers from the delusion that all artistic judgments are subjective. For instance, when confronted with a claim such as “John Singer Sargent is the greatest portrait painter of the 20th century,” they believe what is being presented is an assertion of opinion rather than a statement of fact. They do not realize that to agree is to be in possession of a correct judgment while to disagree is to simply be wrong.

Similarly, some people may attempt to dispute the indisputable fact that Battlestar Galactica, which first aired ten years ago this month, was the greatest science-fiction series ever to air on television. These self-deceived folks generally fall into two categories: those who have seen the show yet disagree (hence, exhibiting an inability to recognize the sublime) or those who have not yet seen the show and remain skeptical that such a claim could be true.

Rather than attempting to educated the first group–which would require more time and patience than I possess–I will focus on explaining to the second group what they are missing.

BSG is the best sci-fi show on television–ever: The paucity of good sci-fi on television becomes apparent when you consider the competition. When the Boston Globe put together a list of The Top 50 Sci-Fi Shows of All Time, they had to pad it with other genres (e.g., superhero: Batman, Adventures of Superman, Wonder Woman), series that were forgettable even when they originally aired (The Greatest American Hero, Nowhere Man), and shows no one has ever heard of (Space 1999, That Was Then) in order to come up with fifty.

The Globe ranks Star Trek as #1 and bumps BSG to #2. And indeed, the most serious challenger to BSG would appear to be the original Star Trek. But the cultural phenomenon spawned by Star Trek–rather than the series itself–is what is most interesting about that series and will continue to be its most lasting legacy; the culture of Trekkies is far more significant than any of the episodes featuring Captain Kirk and Mr. Spock. The original has also been eclipsed by its successor, Star Trek: The Next Generation–another show that, while worthy in some respects, cannot compete with BSG.

BSG is the best show on television to explore philosophical issues–ever: In an issue of Wired, Clive Thompson wrote on “Why Sci-Fi Is the Last Bastion of Philosophical Writing.” “If you want to read books that tackle profound philosophical questions,” says Thompson, “then the best — and perhaps only — place to turn these days is sci-fi. Science fiction is the last great literature of ideas.”

What is true of literature is also true for televised narratives. From The Twilight Zone to Lost, sci-fi shows have been able to explore questions of ethics, ontology, metaphysics, et al., in a way that conventional “realistic” shows are unable to do. What sets BSG apart from other worthy fare (like the shows mentioned above) is that it weaves truly big ideas–as opposed to merely interesting ones, like the effects of time travel–deeply into the story lines of each episode. From age old questions of free will and responsibility to such cutting-edge topics as the bioethics of transhumanism, BSG seamlessly incorporates philosophical themes into the narrative structure and forces us to consider how we should respond to such issues.

BSG is the best show on television about religious belief–ever: There are a number of television shows that have done a masterful job of exploring specific faiths (e.g., Christianity, Judaism) or religious themes. But no show has ever matched BSG ability to examine the effects of religious belief on politics, society, philosophy, and human (as well as humanoid) civilization.

The religious themes in BSG are complex and often confusing. The humans are polytheistic, believing in a number of gods that are connected with Greek and Roman mythology while their humanoid enemy, the Cylons, are monotheistic. What makes the series interesting from a religious perspective is that the beliefs of each of the two groups (as well as the subset of agnostics as atheists) have serious implications. Almost every major character has strong religious convictions that shape not only their own individual destiny but the fate of all humankind/humanoidkind.

BSG is the best show on television about the military–ever: The structure and tradition of the military in BSG is modeled loosely on the U.S. Navy, though it adds an intriguing level of gender-neutrality (e.g., living quarters are completely co-ed, officers of both genders are referred to as “sir”). This is characteristic of the show, for even when it falls back on clichés (pilots are cocky) the writers manage to include a unique twist (the cockiest most capable pilot is a woman).

While most shows about the military can’t even get the most basic details right (Marines with sideburns!) BSG goes to extraordinary lengths to achieve a level of realism. (As a Marine, I’ve worked alongside sailors in aviation squadrons and was impressed by how many details the series gets right.) No show on television has every captured the nuances of military culture like BSG. [Caution: The show substitutes the word “frak” for another plosive consonant that starts with “F.” Although it may be a clever way for the writers to circumvent the basic-cable prohibition against profanity, it also adds a level of realism to the dialogue for in the military cussing is often used as a form of technical jargon.]

If you’ve failed in the past ten years to catch the series, now is the time.  This list is but a sampling of what you’re missing if you’ve never watched this superb sci-fi series. It’s not only the only contender for “best sci-fi series ever” it is one of the greatest television series of all time.

Addendum: Here are a few aesthetic judgments that I hold about BSG that are subjective: 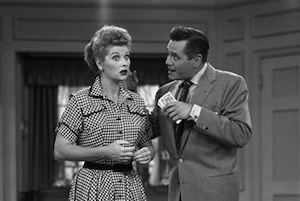 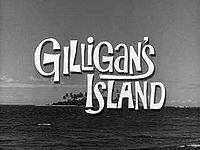