Strong and Weak: Drunk on Power

Because all of them at one point during their career have done something that the Grand Emperor of North Korea never has.

Seriously, According to the 17 guards who were present for Kim Jong-il’s very first golf game of his life, he shot thirty-eight under par, and then immediately retired from the sport forever, forcing not only North Korea, but also the rest of the golf world to live beneath his shadow.

And it’s not just golf that the Kim Jong dynasty has mastered.

Popular legend has it that their current leader Kim Jong-un has never, and will never have to go to the bathroom. That he can talk to dolphins(!) that he walked at 3 weeks of age, and said his first words at the tender age of 2…months.

It’s part of the national law that every house in North Korea has a picture of the supreme leader, but hey that’s not a problem, because the guy is awesome at golf!

After all, what teenage boy complains about a Steph Curry poster hanging on their wall?

Up and to the Left

So I’m doing a short series summarizing Andy Crouch’s great little book on Christian leadership Strong and Weak, and the four quadrants of his 2×2 axis.

And today we get to the one I think most of us think of when we hear the word power.  We tend to think of a more authoritarian style of dictator/tyrant. When we think of power, we tend to think of  people who have lots of authority but refuse to bear any of the vulnerability that comes along with it.

But to bring this closer to home, this is the temptation that everyone of us have.

It’s the reason we fight so hard for control in whatever area of life we have authority. In the words of Crouch:

Control is the dream of the risk-and-loss averse, the promise of every idol and the quest of every person who has tasted vulnerability and vowed never to be exposed in that way again. But control is an illusion.

So imagine, Crouch says, the vulnerability of walking into a room filled with strangers. When you walk in the door you have all the anxiety that comes along with wondering if you were going to be able to make friends (do small talk without making yourself look like an idiot).

Now think about being a college freshman, away from home for the first time, and suddenly aware of the loss of the safety net of former friendships and relationships. Imagine the very real vulnerability you would have to the peers around you.

Now Crouch says, imagine that someone could hand you something that would both increase your authority and reduce your vulnerability.

A cup filled with magic that as you slowly sipped it would reduce your anxiety and increase your excitement.

At the moment that you begin to use alcohol to manage your vulnerability in a social situation, you are heading up and to the left. Aft first, and up to a point it will work wonders. A few drinks will take the edge off the sense of risk and exposure you felt when you walked in. They will give you a heightened sense of power and possibility. You will be living the intoxicating life of a minor god.

But if you give into this strategy, you have not only taken the same route of a tyrant, you are bending your knee, Crouch says, to idolatry.

The first things any idol takes from its worshippers are their relationships. Idols know and care nothing for the exchange of authority and vulnerability that happens in the context of love

Does this ring true to you at all? As a minister it makes a lot of sense.

I’ve seen this story play out a thousand times in a thousand different ways. It’s not always alcohol, but we find ways to cope with our vulnerability to the world in ways that, over time, begin to shrivel our souls. We lie to protect ourselves and make ourselves look better (not appear vulnerable) and then we begin to lose trust with others, and lose the ability to trust others. We give into cynicism to reduce vulnerability, but lose the ability to see the greatness that is really there.

But it’s not just the people who are oppressed, it’s also the oppressor. They lose something of what it means to be made in the image of God. They slowly create a Hell for themselves and then are forced to live in it.

Indeed one way to understand the pervasive themes of judgment and hell in the New Testament is that those who would have authority without vulnerability cannot be trusted with authority at all. 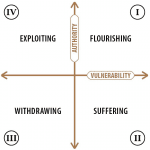 August 1, 2016
Strong and Weak: Crown of Thorns
Next Post 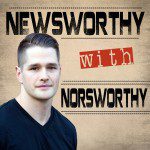 August 3, 2016 Newsworthy With Norsworthy: July Wrap-up
Recent Comments
0 | Leave a Comment
"This blog post has been on my mind a lot recently. I have a lot ..."
Ryan Self The Church, Orlando, and Love Without ..."
"I wish you well in the next stage of your ministry.Will we still be able ..."
Summers-lad Leaving Highland: Goodbye Abilene
"I see so you have no arguments and resort to name calling. I am a ..."
Mr Kish The Parable of the Good Muslim
"I have read up to chapter 10 so far. You clearly have not read it ..."
Mr Kish The Parable of the Good Muslim
Browse Our Archives
get the latest from
Evangelical
Sign up for our newsletter
POPULAR AT PATHEOS Evangelical
1