Stranger God: To Whom Honor is Due

Stranger God: To Whom Honor is Due February 20, 2018 Jonathan Storment

So I’ve been reviewing and interacting with Richard Beck’s newest book Stranger God:Meeting Jesus in Disguise, the past few weeks and today I want to get to one of the more powerful observations Beck makes in his book, and like a good psychologist, Beck starts this big idea with an experiment.

Richard tells you to imagine that he shows you some of his grandfathers’ old possessions. He takes you to the closet and pulls out an old ratty sweater. It turns out that it’s from World War II, and that it belonged to and had been worn by Hitler himself.

When the Nazi’s finally realized that they had lost, many of them had stolen items from Hitler’s life for memories. And now there was a thriving black-market of Hitler’s things, including this sweater. It was unwashed and had been worn by Hitler. It must be extremely valuable. And then Beck asks, “Would you like to wear it?”

This is an actual experiment that has been done, and the research has shown that consistently people say “no.” But what is fascinating is why they say it. Here’s Beck’s own words:

“People report discomfort being near or in the same room with the sweater. A wicked fog surrounds the object and we want to avoid contact with it. What studies like this reveal is that people tend to think about evil as if it were a virus, a disease, or a contagion. Evil is an object that can seep out of Hitler, into the sweater, and, by implication, into you if you try the sweater on. Evil is sticky and contagious. So we stay away.”

Remember when you were in elementary school? Remember the epidemic that was constantly raging through your classrooms like a plague? Not the flu, much worse than that. I’m talking of course, about the dreaded disease of Cooties.

Boys thought girls brought it to school with them, and the girls were equally sure that they could be infected by the boys. We all were terrified of it, and certain that we were not the carrier.

Well it turns out that adults don’t outgrow this, we just rename it.

That sweater illustration is just one of many experiments that show that, no matter how old you are, we still tend to view each other through the same lens that we used in third grade. We treat people who have sinned, not just as if they have done something wrong, but as if they carry a disease. It’s a kind of moral contagion that can rub off on us.

One of the more insightful things in the book is when Richard talks about the importance of the order of embrace when we are wanting to be like Jesus. The reason that the story of Jesus healing the leper is so powerful is because Jesus didn’t heal the leper from a distance and then touch him,

That would be a very different story, and that, Beck says, is exactly what Churches often do. We want people all cleaned up and “fine” before they can be accepted and welcomed.

This is the wrong order.

And order, according to Richard, is everything.

“We welcome people into the circle of our affections when we unconditionally embrace their humanity before we sort, judge or evaluate them by any other criteria or standards…We mist see the human being first [not their label]. That’s the will to embrace….[Because our labels trigger] strong feelings in us, negative feelings that narrow the circle of our affections. Faster than the blink of an eye, before we even notice it, the will to embrace is lost…And once that happens, once I’m dealing with a “gay person” or a “Republican” or a “black person” or a “Muslim” rather than a human being with a name and a story, things quickly go downhill. We start to dehumanize and demonize each other, all because we didn’t secure the will to embrace at the very start.”

This, Beck says, is why that old adage about “Loving the sinner and hating the sin” doesn’t really work. Not because sin is okay or because there’s no such thing as evil, but because we can fool ourselves into thinking we really are loving the sinner while we view them as unclean, and are very much afraid of being contaminated by them.

But Beck says, there are people who “Loving the sinner and hating the sin” actually seems to work for them.  After going around and presenting this material to lots of different churches, he says he’s noticed that there is something that people have in common who are able to do this.

They loved the person first.

He’s heard people say “My brother is an addict. I hate what his addiction is doing to him. But I love my brother.”

or “Our daughter came out to us as gay. We don’t agree with her lifestyle, but she’s our daughter and we love her unconditionally.”

They were already inside the circle of affections and that changed everything.

Which is, exactly what Church, at her best is called to do.

The Body of Christ

Remember those places in Paul’s letter where he talks about the Body of Christ? As in, Some are a foot and others are a hand etc.?

Most of the time churches talk about that it’s to try to discern spiritual gifts in the body. Am I a kneecap or an earlobe? But Paul’s point is actually much deeper than just that. He’s planted these churches all over Europe that are the first kind of gathering of their kind.

People from every different background and socio-economic status and tribe and nationality are gathering together worshipping King Jesus. And Paul has noticed that in their gathering they aren’t treating each other well. Specifically the rich aren’t treating the poor well. And why? Because they thought they didn’t need them.

And Paul goes after them for this. He insists that the Church is a place that gives special honor to the poor, that we would become a place that rehabilitates those who have been shamed, by giving them special honor.

In every culture there are people who are honored and people who are shamed. The church is called to be a counter community in this regard. We, after all, follow Jesus who began His ministry Blessing the poor and persecuted and those who mourn. And the Body of Christ is called to be like that in every place She exists.

And that is hard to do. To disregard what the outside world says is valuable, and see people who are labeled other/dangerous/trash as valuable and precious and worthy of honor doesn’t come naturally to anyone. Because we all have the temptation to treat people different than us as if they have cooties, or some kind of moral contagion.

The Church of Jesus Christ is God’s solution to that.

And this is what Paul’s whole ministry is about, what he believes Jesus is trying to do in the world. Paul says this is how Jesus is destroying the walls of hostility among us. We are called to give honor to the people among us that the world says we should treat with disdain and disgust. Not because we are so noble, but because this is how the God of Jesus comes to us.

So we give honor to Whom honor is due. And Jesus, this Stranger God, has totally redefined who that is.

February 27, 2018 Stranger God: The Little Way
Recent Comments
0 | Leave a Comment
Browse Our Archives
get the latest from
Evangelical
Sign up for our newsletter
POPULAR AT PATHEOS Evangelical
1 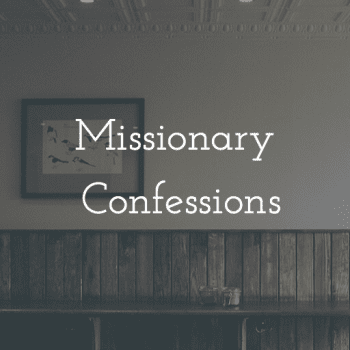