Searching for Color Under All This White

Reader Beware: I am deeply irreverent and am glossing a great deal about many of the deeper aspects of my (contemporary-ish) ancestral culture. I know there is more to it than what I touch on. I stuck with humor and relevancy.

I was born in America, from a mother born in Germany and a father whose roots go all the way back in the same direction (baronies! old land-owners! nazis! — no, I’m not kidding, though it was a deeply unwilling service and culminated in my great-grandfather exporting his Jewish wife’s family to freedom so I’ve got that going for me).

So, you know, my privilege is enormous and my history, although rich in culture of its own, is predicated heavily on colonialism and delusions of grandeur and the Judeo-Christ figure. And linzer tortes.

Eventually, I grew old enough to recognize and understand cultural relevancy. That was the time I first felt disconnected.

Our tradition, in German fashion, was to set up our tree but leave the lights off until Christmas Eve. That night, the family gathers and the lights are revealed. Presents are opened, toys played with, etc. Santa Claus still figured, same name but more like St. Nicholas (in a hybrid mix of American and German tradition), and we’d put out plates filled with the most delicious of German sweets to nosh on. Advent calendars were a thing.

Mass, for a little while, was too. See previous flirtations with religion.

Christmas Day was always reserved for family and cooking. Period. Family. And cooking. Dinner took all day. Family remained in the house. (Forced confinement, no matter how delightful the holiday, has never been my thing. Nor was cooking. I did not do great these days.)

The dinner was elaborate and delicious, chock full of Germanic delights and some other culturally white dishes—Jewish, Russian, French. Family didn’t always come out so delicious, but this is the history of my blood fam, so what can I say?

When I was little, we’d do the usual Christian/societal things: church, search for eggs, chocolate. Once older, it became (again) all about the family + meal. International fare featured, and sometimes it even came from other cultures than mine: Moroccan was a favorite. I love Mediterranean fare.

Also, some white guy rose from the dead and nobody put a stake in his heart nor double-tapped him. The old days were so much more trusting.

I missed something. I missed a lot of something. Joy, that spark of belonging, that sense of ownership and of home. Those things that the spirit needs. To me, as I consider where my traditions are, it all comes across as…white. Colorless. Bland.

Crawling In My Skin

(These Genes, They Are So Real*)

If my mom ever reads this, she will be so upset with me. I have strayed so far from the traditions she raised me with (even the gender she raised me with and the name she gave me) that it’s difficult to talk about betwee us. Deeply interested in ancestry, my mother has painstakingly researched and mapped our family history as far back as—if not farther than—George Washington’s time. She loves her familial traditions and she loves her people and ancestors and her  Germanic/European blood.

So what do I do? As drawn as I am to the celebrations, beliefs, food, ways and people of other cultures, I neither can nor will I appropriate it for my own.

(The exception—and one I struggle with—is Buddhism; the Buddha even encouraged Buddhists to travel and teach to other cultures, using those culture’s own words and sense of identity to do it).

Not to say there isn’t something about bringing communities together. It’s just that for my own awareness and conscience, I am deeply cognizant of my direct ancestral history of domination, appropriation, and yes, mass-murder.

For me, when I visit another peoples’ tradition, when I am invited, I consider myself just that: a visitor.

Which works, because as much as I do love taking part in various international delights (not to be confused with the coffee creamer, which I no longer mainline like I used to), I have never—until Buddhism—found a place that fit any piece of me.

Some color! Finally! Something other than white! Buddhism, to me, is gold and orange, saturated red and cool green and navy. It’s deeply magenta flower petals scattered over an offering site; fire and soothing white sand. (Okay, fine, there’s still some white there.)

Remember that wish of mine? That whole 59 second breath that basically ended up being a love-letter to some Gaelic land somewhere?

I gave that up. For years, I rationalized that I had no business being so enamored of wayback-Celtic culture and tradition (as is often a fad among Americans who like history) because I was German-American. Not Scottish. Not Irish. Definitely, most definitely, not Welsh.

Er, or so I thought, pre 11% DNA connection. But wait, that comes back ’round…

Most folks, when they think of “Celtic”, think of it as a catch-all term for Scottish/Irish history from the Middle Ages all the way through to the English occupation and subsequent conquering. It’s Highlander and blue-painted Picts and woad. Wild-eyed men running naked into battle, so on, and so forth. The images are all superimposed atop each other; Celtic is synonymous with Scottish is synonymous with Pict…

That cultural stereotype is so ingrained into society that even new-ish finds don’t dent the meme. It’s been written into fantasy books for decades, to say nothing of the pervasive myth of the “noble savage” that white folk are so in love with. Pre-Christian warriors and druids, chiefs and clans! Fight the Romans! Fight the Britons! Fight the Vikings!

It’s an extremely surface wash. Turns out, as most of you incredible educated and culturally aware delights know, the “Celtic” catch-all cultures didn’t start or stay in the UK. Their turf, tribally speaking, covered an immense territorial spread. You can do your own research on the matter (I gotta give the academics among you something to sink your teeth into) but there’s plenty more turf to wander than the UK.

Frex, while the early formation of “the Celts” remains uncertain, many academics consider Hallstatt in Austria to be the first real example of fully formed Celtic civilization. And though Julius Caesar wrote about “the Gauls” (something about their women being fierce and strong, as I recall, and more than a match for their men), “German” came later. Primarily because the Romans applied social narratives to the tribes and split them into two types of behavioral and temperamental categories, which led to Gauls becoming “Germans”. But I digress…

Why does this all matter to me?

Follow me. From Wikipedia’s entry on Gauls (emphasis mine):

Gaulish culture developed out of the Celtic cultures over the first millennia BC. The Urnfield culture (c. 1300 BC – c. 750 BC) represents the Celts as a distinct cultural branch of the Indo-European-speaking people. The spread of iron working led to the Hallstatt culture in the 8th century BC; the Proto-Celtic may have been spoken around this time. The Hallstatt culture evolved into the La Tène culture in around the 5th century BC. The Greek and Etruscan civilizations and colonies began to influence the Gauls especially in the Mediterranean area. Gauls under Brennus invaded Rome circa 390 BC.

Following the climate deterioration in the late Nordic Bronze Age, Celtic Gaul was invaded in the 5th century BC by tribes later called Gauls originating in the Rhine valley.

Now, I admit the latter part of that is confusing. Does that mean they are simply using “Celtic Gaul” as a pre-invasion distinction? Or were they called “Celtic Gauls” by historians, and the Gauls called merely “Gauls”?

Anyway, whatever the case… you go far enough back, and it’s there: that proto-Germanic link, that massive territory, the proto-Germanic migration of peoples up and north and west and whatnot.

You want to know something funny? I only figured this out, this part about the proto-Indo-European Celtic/Germanic shared ancestry, a few months ago. I knew the Celts had a trade empire that rivaled most. I knew that they were incredible metalshapers and jewelers. I knew that their religion, their traditions, could vary.

I didn’t realize that the connections between them all were as, ahem, recent as 5 BC – 1 AD.

But suddenly… suddenly and for the first time… something clicked. 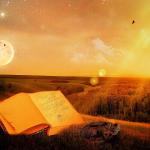 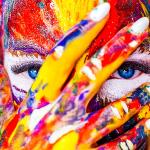 February 25, 2018 Coloring Outside the Lines: Ancestry and Metaphors
Recent Comments
1 Comment | Leave a Comment
"Pagans often treat (ancestral) cultures as trees with roots in lands, histories, and peoples connected ..."
Pitch313 Coloring Outside the Lines: Ancestry and ..."
"Just flicking through older posts here and I just wanted to throw in two things..1. ..."
David West Mental Health, Meditation, Witchcraft & Accountability
"I agree! Like on summer solstice or the like. Honestly, the wheel of the year ..."
K. C. Alexander Saying No to New Year Resolutions
"Making changes is hard in the darkest and coldest part of the year, as it ..."
Pennybird Saying No to New Year Resolutions
Browse Our Archives
Follow Us!

Ritual Of Hekate During COVID-19 For...
Keeping Her Keys
Related posts from Gone Witching

Mayor Says Women Can’t Lead Prayer
A city official who only selects prayer leaders who meet his own...
view all Pagan blogs
What Are Your Thoughts?leave a comment
Copyright 2008-2020, Patheos. All rights reserved.