An Unexpected Education by Accidental Ritual

My sweetly smoked delicate delights, there has been some epiphanizing going on over here.

TL;DR: I moved to Seattle, very suddenly. Except I was house-sitting, so it’s more like filthy assistant (that’s my partner, icydk) had to move all by himself while I lived out of town and in isolation for two weeks. Then I got here, then it was all about settling in, then it was applying for jobs, finishing freelance gigs, writing, and really, really shitty brain days in which I almost fell off the don’t hurt yourself, you stupid bint wagon. I did not. I am strong.

But it’s a Sunday now, and I’m finally taking a well deserved day off, recovering from the latest bipolar low and indulging in some self-care. (Spoiler: it involves coffee, beer, delicious ramen, quiet and evocative music, #frankenpup, and no pants.)

Let’s go back to late July. I am staying at a friend’s house for two weeks, housesitting their lovely (but too big for me) house and petsitting the cutest goldendoodle. #frankenpup and the affectionately hashtagged #pupmuppet are getting along like a house on fire. At this point, I have spent one of two weeks in near solitude. My only company is the doggos, who are both utterly delightful but also they are each a small furnace unto themselves and it is fucking hot this week.

All my talking is directed at them. Since one is deaf, you can imagine the engaging feedback this has engendered.

As I mentioned, the house is huge. It’s three stories, mostly open concept, and beautifully open to the sunlight. It is also very, very empty. Not of things or furniture, but of other living (or dead) presences. Well, far as I know. I find the place too large for me to sit comfortably in, so I spend most of my time in the basement den. I write, I have TV or music on for ambient noise sometimes, and I play with the pups. (So. Freaking. Cute.)

ThingsTM are starting to occur to me, but slowly. Real slow. The kind of slow that kind of appears all of a sudden on your front porch and you suddenly realize you’ve been watching it saunter your way for quite a while. See, I did bring my tarot cards—I really want to keep doing the daily read-and-record, but I somehow just don’t. I don’t know why (laziness? contemplation?) but there they sit, in view but untouched.

I do wake up at 8am, though. Sometimes 7. I stagger out, I feed the dogs, water them. I make coffee, and then mug in hand, totter out into the already bright morning light to let them do their thing. I sit on the stoop and watch; I catch myself smiling.

Then it’s time to catch up on phone games, connect with my writing mate to arrange writing time, and off I go: into fantasy land for some word-wrangling. Lunchtime comes. I eat. I water the plants, play with the pups some more. Write more. Nap. Finish for the day, play with pups again. I watch TV (only some things; I don’t have very many shows I’m watching rn) and flee the downstairs for the cooler kitchen while the sun sets past the window’s frame.

This goes on for days. I find myself lapsing into this steady routine, and it’s comfortable and kind to my otherwise chaotic life at the time. As it turns out, routine is good for my brain. Isolation is good for resetting myself, but I’m not the type who can be isolated forever. I write better in public than I do alone, and lastly? I have levied far too much outside expectation on myself. (Okay, and also, being virtually pantsless for two weeks is now my default state of being.)

Expectation is a hell of a thing, isn’t it? I’m used to feeling it, somewhat lost when I have a rare moment where I don’t. When I conceived of and wrote Necrotech, my first SF/F book, I did so in a furious haze of rage and a kind of insane fight for freedom. Necrotech and its sequel, Nanoshock, are rabid fuck-yous to the society I still see as knocking me around by what I should, could, must, can’t, shouldn’t do.

To be perfectly honest, I don’t remember much of it. It was like I’d taken a month-long hallucinogen and frantically scribed what I saw. When it was over, I had what I think I can call my manifesto—ugly, violent, desperate and oh, so, so free.

So free, in fact, that I launched on a path that would, in the end, open up my eyes to change I needed. I mean, I desperately, desperately needed. If I’d stayed. it would have killed me.

But here’s the thing: when I wrote Necrotech, I’d been guided by rage. Then I was smashed so hard by The Tower that everything—and I mean everything—shut down. My world fell apart. For the better, eventually, but at the time, it was angry and painful and soul-blisteringly scarring. It took me a year to be able to write again, and every word was a struggle. My protagonist had PTSD, I’d been diagnosed Type II Bipolar with C-PTSD. Rebuilding both Riko and myself seemed more than I could handle.

And I was positive that I’d never match the expectations levied on me by an audience, by my editorial team, by even myself. Not after Necrotech had been so splashy. (Another spoiler: The sequel didn’t do as well, sales-wise. Not really. Such is life.)

Fast forward a couple years and I’ve only really started to settle again. Mostly. I mean, I am writing a new book (a genderqueer epic fantasy!) and it’s gonna be so good, y’all…. Except. Mmhm. Except.

Except that I passed the first couple chapters to my agent because something in me knew that something about this manuscript was so, so wrong. And wouldn’t you know it? She confirmed what I dreaded:

I was trying too hard to conform to the expectations of white male fantasy—that kind of epic fantasy that readers seem to crave. I was trying to be them; to gain the attention of readers; to… I dunno. To be safe, I guess. I’d forgotten who I’m supposed to be—to myself, mostly. I forgot what I’m supposed to do. What I can do.

This was a phone call that came while I was still housesitting. I had plenty of time to dwell on it.

The first thing I did when I finally got to my new home was shave my head. Now, I know what you’re thinking—and no, I really didn’t mean to. It’s just that my short hair had split ends up to the middle and I knew it would never get healthy if I didn’t start over. So on the second day of my new residency, I took an electric shaver to my head; setting #1.

I didn’t expect the feeling that came with it.

Ownership. Freedom. A little bit of fear that my partner wouldn’t like it (which he put to rest ASAP because he is a good person and also I honestly need no permission). I rubbed at my head over and over; so soft! So airy!

As if that was the final nail in the coffin of my, uh…unknowledge? I guess? Things started to gel. Things I’d been flailing at, things I thought were somewhere past a murky gate I couldn’t see leading to a murky place I couldn’t go. I don’t know if the lack of hair created the space (can hair stop thoughts? I swear to god I wonder sometimes…) or if it was just coincidence, but I’ve had a lot to chew on between and around the chaos of settling into a new city.

There is, ultimately, a ritual inherent in a physical act of letting go; or an act of change. What’s more, it doesn’t have to be a big one. My hair, tbh, wasn’t so long or thick that I’d consider its loss traumatizing or anything. (You folx with gorgeous, thick, lustrous hair, please to give it to me should you decide to shave it off, okay?) And my intent had never been to be all ceremonial about it.

But that’s the beauty! I never even thought of it as “I am committing a change!”. I thought, “Gosh, my hair just won’t grow and I really, really want it to.” Bzzzzzzz….

The lesson in that has been slowly coagulating into something real in my sluggish brain.

I will talk about these epiphanies next time—and soon, it’s already a draft in my thinger!—but here’s what I want the takeaway to be this time:

Sometimes, maybe more often than we say aloud, rituals can be accidental. They can be guided by instinct, by chance, or sheer necessity. They can sneak up on one, perhaps via cultural memory or unknown desires or practicality. They can appear to be something worth no more than mockery—such as a certain pop singer’s brief moment with an electric shaver. But they can also be so much stronger than anyone may give it credit for. Even me, who committed the same act, though for consciously different reasons.

As Mark Stevens wrote in New York Magazine months after the incident:

She seemed to be trying, with befuddled brilliance, to tell the truth. She recoiled from celebrity culture by mortifying her own flesh. She stripped herself, publicly, of her sexuality. She presented herself as a grotesque. Few gestures are as symbolically rich as the shaving of a head.

To this, I can only agree. 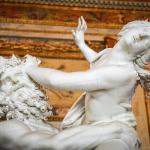 July 19, 2018
Desecration of the Divine: Awareness and Safe Spaces
Next Post 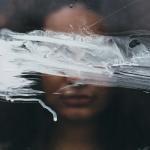 August 25, 2018 Seeking the Liminal: It Starts as a Search for Self
Recent Comments
5 Comments | Leave a Comment
Browse Our Archives
Related posts from Gone Witching