Did Peter Kill Ananias and Sapphira? 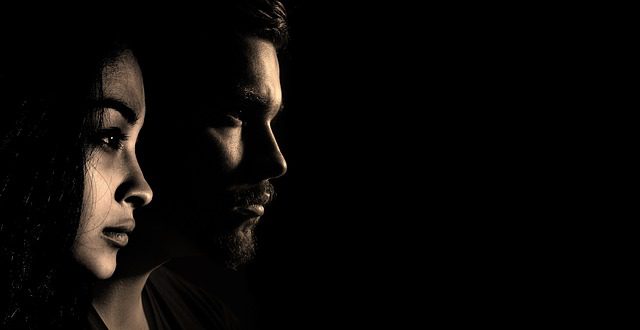 You may have heard the excellent podcast conversation between Brad Jersak, Michael Hardin and a few others, about this question of “Who Killed Ananaias and Sapphira” a few years ago. It’s really fascinating stuff.

Essentially, after a meandering discussion, they arrive at the idea that the death of these two people was an analog to the fall of Adam and Eve in the beginning of Genesis:

-There is the creation of a beautiful new reality [compare the idyllic reality of Eden to the beautiful Acts 2 community].

-Then there is the temptation [Adam and Eve with the fruit of the Tree of Knowledge, and Ananias and Sapphira holding back of the money from the land that they sold].

-Followed by the judgment [“You shall surely die”, compared to the sudden death of both Ananias and Sapphira].

As fascinating as that may be [and I do find it pretty interesting], there is another theory that I had never heard before now, which is that Peter just straight up killed both of them.

This idea came up between a conversation I had over lunch this week with my publisher, Rafael Polendo. [I’ll be honest and admit that he said the idea was based on a comment his wife made as they were both listening to that aforementioned podcast].

After he brought up this idea, we started to explore the concept more in-depth and the more we talked it started to seem more and more likely that this may indeed be what happened.

Let’s look at a few facts of the case:

*Both Ananias and Sapphira are buried instantaneously: According to historians, it was common practice to bury dead bodies soon after death, but not immediately afterwards. Typically, the body was first prepared for burial [and this was an involved, time-consuming process where the body was stripped, bathed, anointed with oils and certain burial spices, and then the limbs were bound and wrapped in cloths before burial.] There is also a precedent for the burial procession to start at the home of the deceased, surrounded by family members, and then leading out of the city to the burial site or tomb. So I have to ask, why wasn’t Ananias’s body held until his wife could be there to help prepare his body for burial? This would have been the most normal reaction to someone who had died. However, they do not inform the wife. They do not wait for her to help prepare his body for burial. Why? Perhaps because they were already anticipating that she would be killed next.

*Why are men allowed to bury Sapphira? According to those same First Century Jewish customs, only another woman could prepare a woman’s body for burial. But in the details provided to us in Acts, there were only men who carried out both bodies to the tomb for burial. Why is that? Why did they just skip those important steps about preparing the body for burial? Did they rush the process because they didn’t want anyone to investigate the details of their deaths?

*Is it likely that the Holy Spirit killed two people on the eve of the outpouring of the Holy Spirit upon the Church? Jesus made a big deal about how He came to give us abundant life and that Satan is the one who comes to “steal, kill and destroy.” If the argument is that God could not allow such sin to spread throughout the Body of Christ, then please explain why God isn’t killing pedophile priests or greedy televangelists who swindle the elderly out of their social security checks. I personally don’t believe that it is consistent with the character of God [as revealed to us by Jesus] to do such a thing. However…

*Peter never seems to have really embraced the idea of nonviolence: He not only used his sword to cut off the soldier’s ear in Gethsemane, he also never teaches on the idea of loving our enemies, turning the other cheek, or blessing those who curse us. Jesus does, of course. Paul does. Even John does. But in Acts and in 1 and 2 Peter, we have no examples of Peter ever embracing this central teaching of Jesus. Perhaps Peter was still holding on to “an eye for an eye” as his rule, and not “love your enemy.” (Yes, I know that this is an argument from silence, but it is more consistent with Peter’s character, than with God’s character, to strike someone dead for lying.)

*What happened to the rest of the money? This is also curious. Peter knows that there was a larger amount of money that their land sold for. As they both “fall at his feet” dead, is this not symbolic of later verses about offerings that are “laid at the apostle’s feet” to be distributed among the poor? If the balance of the money was held on either Ananias or Sapphira’s body, there’s a good chance that money was counted as an offering that rightfully belonged to God, and therefore to the Church.

*Why does it say that “great fear filled the Church” after this? Is this not an example of the Fall of the Church as alluded to in the podcast discussion? The early Christians went from being filled with spontaneous love and compassion for one another – selling property and sharing all that they had so that “there was no needy person among them” – and suddenly there is great fear. Remember, “Perfect love casts out all fear” [1 John 4:18], but the opposite is also true: “Fear casts out perfect love” and this is what we see in the early Church. Once this great fear fills the Body of Christ, this spontaneous outpouring and flow of genuine love appears to be squelched. [Note: Yes, the early church did continue to show incredible compassion and charity for the poor for hundreds of years after this. But it’s notable that no other Christian community except the one in Acts 2 appears to have practiced such a radical outpouring of unbridled love and affection. Perhaps this event, which caused such great fear, cut this enthusiasm short].

*Why does John Chrysostom [an early Christian teacher] strongly suggest that Peter did actually kill them?

This strongly suggests that it was Peter – not the Spirit of God – who slaughtered them and that “what he did” was essentially “blessed” by the Holy Spirit.

“Peter all but pleads for himself, when at the point to inflict the punishment, and at the same time gives a lesson to the rest. For because the act would seem exceeding stern, therefore it is that he does so much in the case.” (Saint John Chrysostom, Homilies on Acts)

In this quote, Chrysostrom argues that Peter sought to justify his own actions as he himself is “at the point to inflict the punishment”.

[Note: While Chrysostrom lived in 400AD, long after the events recorded in Acts 5, it is possible that his opinion of this event was based on early Christian tradition passed down from previous church leaders].

*What is the significance of saying that Ananias and Sapphira “kept back” certain proceeds from the sale? This detail mirrors the Old Testament story of how Achan “kept back” loot from the plunder of Ai (See Joshua 7:1). The sins of Achan and Ananias and Sapphira are similar as all of them were “of the family of faith” and their sins threatened to taint the entire community unless dealt with by means of execution, as an example to the rest. Even Pastor John MacArthur affirms that “Ananias and Sapphira, were nothing more than sinning saints feigning spirituality. Their offering was an affront to God’s glory and their execution God’s Work to keep the church pure.” (See “Sins of the Saints,” page 153)

So, what do you think? Did the Holy Spirit actually kill these two people to teach everyone a lesson? Or is it possible that Peter, not being yet fully convinced about Jesus’s commands to love our enemies and refrain from using violence to correct, took it upon himself to execute judgment against them and then assumed God’s blessing after the fact?

I’m personally starting to wonder if it’s more likely that Peter just really didn’t understand the Gospel of Peace the way Paul, John and others did. We know that Peter was often impulsive. His pattern was to act first and think later. He also was very slow to understand that the Gospel was for the Gentiles, for example [something that Jesus affirmed to all the disciples on numerous occasions], and required a heavenly vision [three times] to finally accept the idea.

Is it really so far-fetched that Peter lashed out and assumed an authority over the lives of these two people that wasn’t his in the first place? Nowhere else do we ever see any other Christian leader act in this way. Paul’s authority was based on his loving compassion for the saints, which he makes a point of emphasizing rather than “lording it over” his brothers and sisters in the Body of Christ.

Perhaps Peter overstepped his bounds in this situation and, as a result, great fear spread throughout the church. It may also have been the reason why Peter’s status in the early Christian community appears to have waned quickly after this event. Rather than the nonviolent love exhibited by Stephen, Phillip, Paul, and other early leaders in the Church, Peter seems to have been slow to catch on and this may be why he seems to have faded into the background to make room for others who were more Christ-like in their approach. 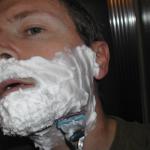 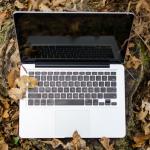 May 2, 2018 My Response To Robert Gagnon
Recent Comments
10 Comments | Leave a Comment
"No. By society I mean society in general. The values were demonstrated by commandment keeping. ..."
Bob Shiloh Being Your Own Guru
""This taught them values that served society well."If by 'society' you mean 'straight white Christian ..."
Illithid Being Your Own Guru
"Why did those people think to even go to Man to teach them the values ..."
Herm Being Your Own Guru
"Exactly. But he can't see that because he discovered a new truth based on his ..."
Bob Shiloh The Inevitable Death of Evangelical Christianity
Browse Our Archives
get the latest updates from
Keith Giles
and the Patheos
Progressive Christian
Channel
POPULAR AT PATHEOS Progressive Christian
1

Thanksgiving Defiance.
The Holy Kiss
Books by This Author Books by Keith Giles