Why It’s So Hard To Talk About Racism 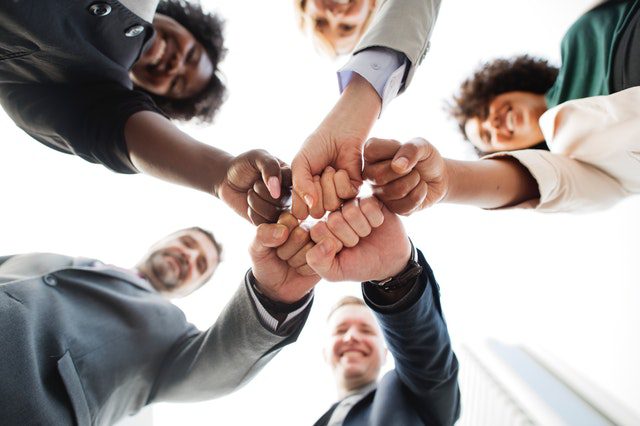 I am no stranger to disagreements. My friends on Facebook are very used to engaging in very long conversations online about differences in Theology, Doctrine and Philosophy.

Even when others become agitated and even hurl personal insults at me in the process of dialog over such issues, I’ve always maintained a measure of grace for them, and often try to disarm the situation with humor and grace, whenever I can.

Some people say I have too much grace and patience for people who insult me over such issues, but I’ve learned that it’s very important to model the love of Christ – especially in situations where we disagree.

However, when I disagree with someone about Theology, I can quite easily disengage emotionally and not take it in. But with Racism, it’s very hard for me not to feel contempt for the person on the other side of that argument.

I often struggle to find grace for people who justify treating another human being as an inferior – especially if that person claims to love Jesus [who was brown].

I think part of the reason for this is that, on issues of Theology, I can relate to the person who disagrees with me. Often, the things they believe are things I once believed myself only a few years ago. So, because I can understand why they think that way, I can easily step back and see things from their position. Mostly because I once held that same position.

But, when it comes to Racism, I really can’t understand. I don’t relate at all to that point of view. I can’t find common ground with that person because, at my core, that way of thinking is repulsive to me. And it always has been.

I think it’s partly because I was born in a very small town in Tennessee where racism and bigotry was “normal” and I moved away from that part of the country at a very young age; long before any of that way of thinking could sink into my brain.

From that small town in Tennessee we moved to an even smaller town in Southwest Texas where I was the minority white kid at a predominantly Hispanic school. But, I was too young to notice that I was different and no one around me treated me differently because I was white. So, to me, those other kids were just my friends. I didn’t learn to see them as anything other than my friends.

Honestly, the only times I ever encountered blatant racism was when I would go back to visit family and friends in that small Tennessee town. That’s where I heard them talk about black people in horrible ways, and make jokes about Mexican people that I knew were hateful and not based on reality but on some underlying bigotry.

So, I learned to hate racism from an early age, I guess. And that’s why, today, I can tolerate almost anything other than racism and bigotry. Nothing sets me off like racial hatred.

Now, I sometimes hear from other white people that they are victims of “reverse racism” because a black person or another person of color once treated them poorly. If that was you, I’m sorry. It certainly isn’t easy to be treated unfairly because of your race. But, I don’t think that’s anywhere near the same as what people of color experience every waking moment of their lives.

I also understand that when I point out the effects of White Privilege there are some white people who feel attacked and threatened by that. As if what we’re trying to do is to blame everything on white people, or worse, point the finger directly at them, personally.

But that’s not what’s happening. I get that it can feel that way. But that is not the case.

For many of us who were born white, we need to try to see things from a new perspective. Because there are things going on around us that we are blind to.

Simply put, there are systems in place that favor us that we are not aware of.

In my own case, I’m very thankful for friends like Valerie McGowan who help me to see with new eyes and to realize that my experience as a white person in America is not the same shared experience of people of color who live around me.

So, I’ll let her frame the questions, as someone who has experienced a reality that I am not aware of. This is what we as white people need to try to comprehend:

“Have you ever experienced situations where there were laws stating that you as a white person are scientifically/mentally inferior and only suitable for enslavement?

“Were you by law because you’re white, forbidden to vote, obtain an education, travel to certain towns after dark(aka sundown towns), live in certain southern states as a free person, or live in the neighborhood of your choice that was affordable to you?

“Were you followed around retail stores, assumed to be a thief because of your skin? Were you as a teenager threatened with lynching because a black woman claimed you made advances towards her?

“Did police automatically assume you were a gang-banger because you were a white kid driving a nice car? Were you barred from eating at many restaurants because you’re white?

“Did hospitals refuse to treat you because you’re white? Did you grow up never seeing anyone that looks like you represented in popular media?

“These are all examples of actual racism. It’s systemic and universal, not personal hurt feelings.”

I’m very thankful for people like Valerie, and Dr. Samatha Kline [who also blogs here on Patheos], and others who have patiently and lovingly helped me to see beyond my own blind spots and recognize the struggle that I have largely been oblivious too.

I hear my white Christian friends claim that they are “color blind” and that they’re tired of being blamed for something that – in their minds – happened “a long time ago.”

But, racism and slavery and bigotry did not end a long time ago. It is still going on today. It may have taken another form. It may be hidden from your eyes. It may be called something else, but it is still very, very much alive.

And, to be honest, it’s not about “blame” at all. No one wants to “blame” white people today for anything that happened during the Civil War or Jim Crow. It’s not even that anyone wants to blame white people today for the system that enables White Privilege. I think most people of color understand that the average white person is simply oblivious to it. So, let’s take “blame” off the table.

But, I do think we need to realize that the war isn’t over and that the impact of racism is still being felt by actual human beings who are also our brothers and sisters in Christ. And even if they are not of the same faith, they are still fellow human beings who are suffering in ways that we cannot, or will not, acknowledge.

And, better yet, are you willing to be someone who is part of the solution to the problem?

Or, sadly, are you committed to looking the other way while the system continues to grind people into the dirt? And are you comfortable with that because the people who are suffering aren’t like you?

If you can ignore the problem because those on the bottom are of a different skin color than you are, there’s only one word for that.

I sincerely hope you’re not comfortable with that reality. I hope you’ll refuse to wear that identity as your own.

We are all created equal in God’s eyes, but we are not all treated equally by one another.

There’s only one way to change that, and it starts with admitting that it’s true.

We are all God’s children. We are all brothers and sisters.

All of us. Everyone.

Want Keith to come speak at your church or in your home town? Learn more HERE
Keith’s newest book, “Jesus Unveiled: Forsaking Church As We Know It For Ekklesia As God Intended” released on June 9, 2019 on Amazon, and features a Foreword by author Richard Jacobson.
Keith’s Podcast: Heretic Happy Hour Podcast is on iTunes and Podbean. 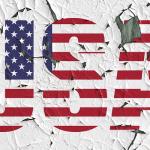 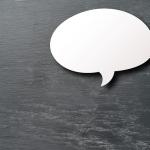 July 22, 2019 When Jesus Failed?
Recent Comments
9 Comments | Leave a Comment
"Perhaps it is you who is "erroneous".Acts 2:4545 They sold their property and possessions and ..."
Ocelot Aardvark Why American Christians Need An Acts ..."
"Love this. In a book called "Intimate Partners" by Maggie Scarf, the process of reciprocal ..."
jekylldoc Your Reconciliation Ministry: How’s It Going?
"So completely erroneous as to be dangerous. The essence of Christianity is not communism. The ..."
Bob Shiloh Why American Christians Need An Acts ..."
"Richard Beck's presentation in "Unclean" brings out the fear of contagion that is behind the ..."
jekylldoc Why American Christians Need An Acts ..."
Browse Our Archives
get the latest from
Keith Giles
Sign up for our newsletter
POPULAR AT PATHEOS Progressive Christian
1